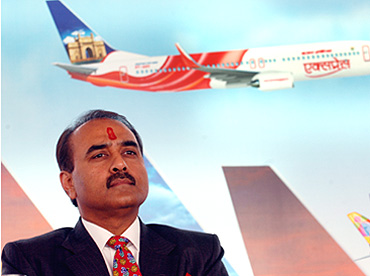 This pertains to the clause which bars any airline, which has been in business for less than five years or has a fleet of less than 20 aircrafts, from flying abroad. The aviation ministry wants this condition deleted, but has been unable to convince most GoM members. Sources say some members fear a free-for-all if there are no restrictions. "You will have a situation where a private player can start an airline and immediately begin lobbying for international routes. That will not be healthy for either passengers or the industry," says a GoM member.

However, aviation ministry officials say they are willing to frame transparent guidelines to cover all operations. They also point out that waiving the five-year clause will become inevitable in the future. Their argument is that not allowing Indian carriers to fly abroad is resulting in business flying to foreign airlines. Says a senior civil aviation ministry official: "We increasingly have bilateral arrangements with several countries to share routes. But we are not using our quota to the maximum since only Jet and Indian Airlines can fly abroad. But that could change if we allow more players."