Demonetisation has hastened the process for breaking currency barriers 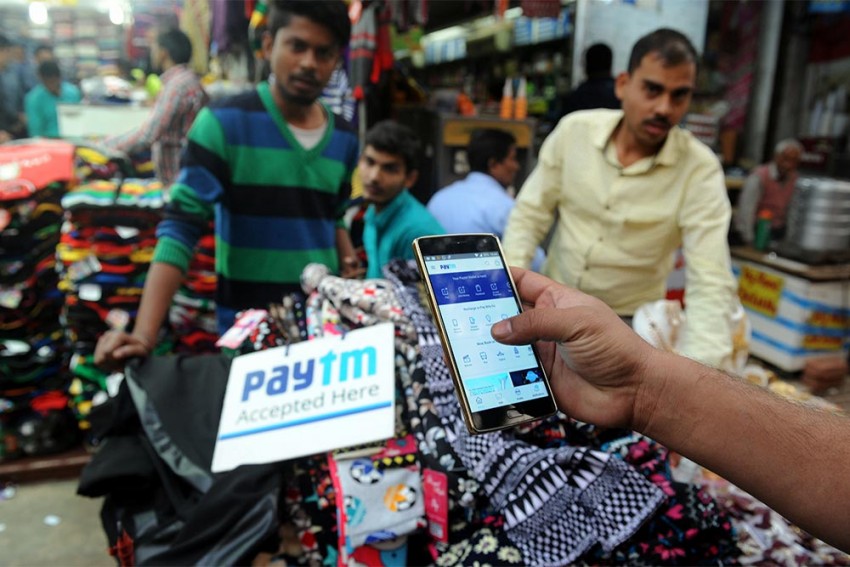 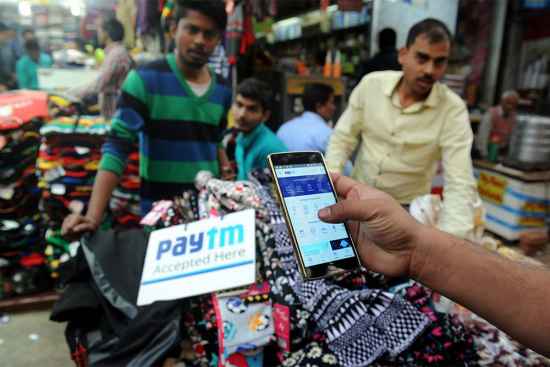 For Madhu, a 40-year-old home-­maker in Noida near Delhi, life has totally changed ever since Prime Minister Narendra Modi announ­ced demonetisation of Rs 500 and Rs 1,000 currency notes on November 8. In the days that followed, with an acute shortage of liquid cash in the market and with the banks, Madhu and her friends have made payments and bought their daily wares like they have never before—­without cash. They are among lakhs of Indians who have been pushed to use plastic or other means to carry on their eve­ryday transactions—credit or ­debit cards, online transfers, net banking, mobile-based apps and e-wallets.

Cashless transactions used to happen even before demonetisation, but their use was scanty at best and not many used cashless transactions regularly to conduct their lives. India was primarily a cash economy and a cash society where only a small fraction of transactions was cashless. “More than 90 per cent of personal consumption exp­enditure used to happen in cash in India,” says A.P. Hota, managing director and CEO of the National Payments Corporation of India (NPCI), which monitors all cashless payments in the country. “Cash was used in grocery stores, vegetable market, bus, suburban train, restaurants and all sundry expenditures. Cards or cashless transactions happened in a limited way in retail stores and petrol pumps, and for train and air ticketing. They did not exceed 10 per cent of the total transactions.”

All this is set to change as the government is ushering in a cashless society where online and e-payments and not cash will be the way of life. With money supply controlled and only a fraction of its earlier supply available, the government is pushing people to go for cashless transactions. The objective is twofold: keep a trail of all transactions and keep tabs on the black money that is circulating in the economy.

What is pushing cashless payments is also the use of mobile phones for payments through e-wallets and online banking. Over 100 crore ­mobiles are in use in India.

To push cashless transactions, the government has set up a 13-member committee under the NITI Aayog led by Andhra Pradesh CM N. Chandrababu Naidu. The committee has chief ministers from various political parties and the mandate to promote the use of digital payments. The move is in line with the government’s ­objective of promoting transparency and financial inclusion and enable people at the grassroots to adopt digital payments.

The government has also asked urban local bodies to shift to cashless transactions and promote internet banking services and online banking via credit and debit cards. This means property tax, professional tax, payments for utilities like water, power and gas, licensing charges and fees for issue or renewal of birth and death certificates and registration of shops will have to be done online. A start has been made in many states. In Uttar Pradesh, for instance, the Regional Transport Offices have started registering and accepting fees online.

What is pushing cashless payments is also the use of mobile phones for payments through e-wallets and online banking. There are over 100 crore mobile phones in use in India, of which 35 crore are smartphones, which enable various means of cashless transactions. The rest can be used to make UPI-based transactions. Next week, the government will launch a simplified interface that will make it easy for people in the villages using non-smart phones to make payments using the USSD protocol. Moreover, there are 460 million internet users who are transacting using their internet lines.

Mobile wallets such as Paytm and Mobiquik have also seen numbers surge in the past three or four weeks. “While credit card and debit card gateways have crashed due to increased number of transactions, we are also seeing manifold increase in transactions on our wallet,” says Deepak Abbot, senior vice-president with Paytm, the largest mobile wallet in India with over five crore customers. “Peer-to-peer sending money to shops and establishments has grown by over 300 per cent. Volumes have grown manifold.”

According to Abbot, while Paytm did three transactions per person every week earlier, now it does at least two transactions per person a day. And while the ave­rage Paytm transaction size has dropped by 40 per cent, the overall value has increased by 250 per cent. “Over 50 lakh people have taken up and tried PayTM for the first time in the last 25 days,” he says. “Every day, 25,000-30,000 people are being Paytm-enabled.”

Hota, however, feels this is just the beginning and much more remains to be achieved. “We have to achieve a 50-50 ­ratio of cash to cashless payments, a mammoth task as adoption of e-wallets and cashless means is still very low,” he says. “These numbers are still very small given the size of the country and the potential is at least 10-15 times more in every sector.”

And yet, despite the unmistakable signs of cashless transactions gaining popularity, forcing India to go cashless will not be an easy task because of a high cash to GDP ratio and a large unbanked population that lives primarily on cash. Many ­problems need to be sorted out before a proper cashless economy can happen. First, there are many gaps in the easiest mode to go cashless—through plastic. India has 80 crore cards at present, of which 77 crore are debit cards and three crore are credit cards. But while 70 per cent of the credit cards are active, 60 per cent of the debit cards are not. And it is still mostly at ATMs that debit cards are used. Only 10 per cent have been used so far on point-of-sale (POS) terminals in shops and merchant establishments. To go purely cashless, 90-95 per cent of ­cardholders have to use their cards to transact in stores.

The second problem is the lack of terminals where these cards can be used. Though there are about 3.5-4 crore merchant establishments and shops in India, the cards can be used in only 14 lakh terminals across the country, the bulk of which are in tier I and tier II cities, and almost none in the tier III and IV towns. To deal with this, the government has come up with a plan to bring in 10 lakh new terminals in the next three months and most of these will be in tier III and IV towns and cities. So a somewhat robust card-based cashless economy is still three or four months away.

Another stumbling block to raising the number of terminals is the cumbersome process to get them and their high cost. A merchant establishment or shop has to get clearances and shell out Rs 8,000-9,000 for a terminal and that acts as a deterrent. The government is, of course, pushing mobile POS terminals that come cheaper at Rs 3,000-4,000 and can be carried anywhere.

It’s no rocket science that in times when liquidity is low, more and more people will adopt cashless means to run their lives and overall usage will go up. The government says it will take four to six months for things to settle down. By then, India may have moved quite a few miles towards ­becoming a cashless society. 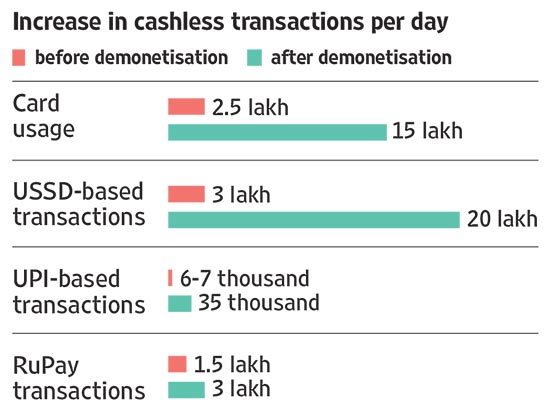 Seeing Is A Deadly Sin