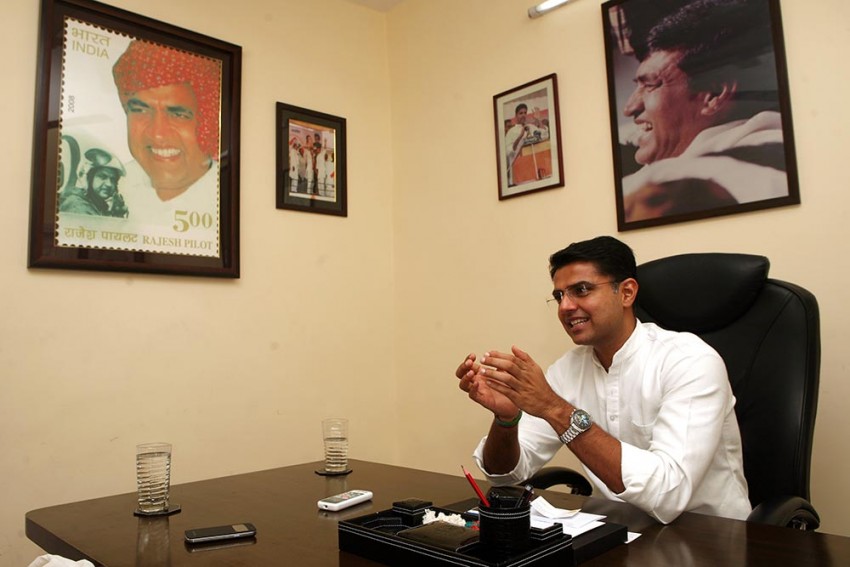 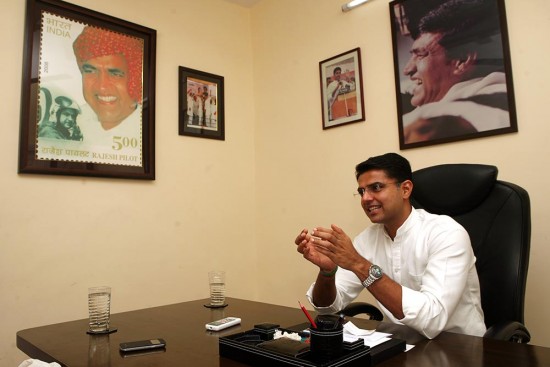 Former Congress MP from Ajmer Sachin Pilot is pre­sident of the Rajasthan unit of the party. On his watch, the Congress beat the BJP in three bypolls recently. A likely CM candidate, he talks to Salik Ahmad on the tussle with the BJP in the impending assembly polls.

Why hasn’t the Congress named a chief ministerial candidate? The BJP has said Vasundhararaje will lead the party.

By announcing Vasundharaji as CM candidate, the BJP lost whatever chance it had of a fight because she is unpopular. The Con­gress has never, as a convention, ­declared its CM candidate. Once we get the majority, the winning MLAs and leaders will decide on it.

You demanded a loan waiver for farmers in Rajasthan. But your ally in Karnataka, the JD(S), blames coalition constraints (with Congress) for not being able to do so there.

Whatever the coalition compulsions, the Congress has never stood in the way of the farming community. We have done it in Punjab. We support a loan waiver in Karnataka, even in Rajasthan. Farmers need more than a farm loan waiver.

Rajasthan has huge loans to repay. If Congress comes to power, will it be able to write off farmer loans?

The state recorded a spate of mob lynching, mostly tied to cow protection. Do you think it is one community that is targeted?

It is about law and order, and equal rights. It is not about the Congress or BJP, Hindus or Muslims. It is about citizens’ lives being targeted; there are powers in the government who are abetting such crimes. Vasundharaji is a mute spectator. This is done to polarise communities before polls.

There are reports of clashes among Congress workers. What’s happening?

I think we have done 195 meetings…. At some places people have broken discipline out of over-enthusiasm. We have taken act­ion against them. I think the enthusiasm, shows of strength are good signs. It shows people think we are going to win.

While Congress units in MP and Chha­tt­is­garh want to ally with the Bahujan Samaj Party, the Rajasthan wing is reluctant.

The BSP does get some votes in Rajasthan, but it is a bipolar state where the main contest is between the BJP and the Congress.

Ashok Gehlot has been CM twice. Isn’t he the Congress’s best bet in Rajasthan?

Gehlotji is now general secretary in charge of organisation and we are proud and happy that someone from Rajasthan is playing a national role in the Congress.

You charge Raje with corruption, but you are named in the Paradise Papers offshore inv­estment scandal. How do you respond?

Let the Union and state governments inv­estigate. We’ve not heard about the Lalit Modi scandal in which Vasundharaji is invo­lved. The Vyapam scam happened, but they cleared Shivraj Singh Chouhan.... The Congress and other opposition leaders are not going to get bogged down by BJP’s propaganda to malign us.

All’s Not Well With BJP in Rajasthan