Farce And The Furious

This debut novel is a political satire bouncing on fantasy, and frothing with absurdities and banalities 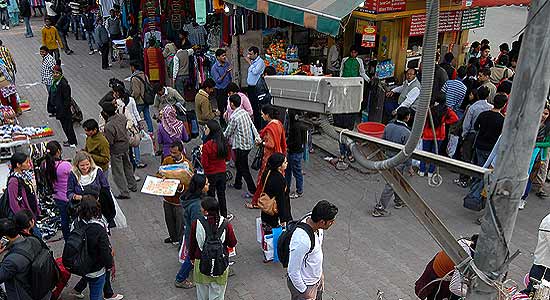 The Competent Authority is a really funny book that I sorely wish wasn’t a novel.

It unfurls a post-apocalyptic New New Delhi (eerily similar to the pre-apocalyptic New Delhi that precariously exists) where there are gun-toting and truncheon-wielding school teachers, genetically enhanced Hanuman Brand Super Banana bananas, the Bureau of Reconstruction with its wing for spotting telepaths, the Bank of Bodies that replace or enhance body parts, Mr and Mrs Verma and their son Pappu and his ‘slave’ Ramu (whom Mr Verma wants shoved into the incinerator after Ramu is tho­ught to have caused Pappu’s hand to be blown off in a firework accident), Shanti Nagar, the ‘semi-independent’ colony from where the 12-year-old Pintoo is literally forced to lend a left hand as a replacement for Pappu’s destroyed one, Tarunda, the revolutionary secret­ary-general of the People’s Vanguard Party (RT Pal Group)... and the Competent Authority himself, a mix of an Emerge­ncy era Mogambo Gandhi and an Orwellian Big Saala or Brother-in-Law.

Catch your breath, and all this before one has crossed fifty pages in a 450-plus-pages book. Which makes the novel read like a massive sugar rush from a very funny guy just released after ten years in solitary confinement.

The adventure(s) start with Hemonto Chatterjee, a junior-level bureaucrat with the Central Bureau of Investigation, who hires Sub-Inspector Pande for a supari hit of a neighbour’s dog. Like some fractal algorithm getting into the wrong hands, other narratives start erupting almost prematurely. The twinned narratives of Pintoo and Pappu—Pintoo the poor boy whose stub of an arm is sudde­nly invested with extraordinary power and who finds himself gifted with the Rushdie-on-magic mushrooms ability of pushing people back in time, and Pappu whose Pintoo-paw starts doing dodgy things on its own like Dr Strangelove’s gloved hand—form much of the plot line. But what The Competent Authority is really about is presenting a vast panoply of rip-roaring miniatures.

The devilled eggs lie in Chowdhury’s teeming details and seemingly throwaway lines. China had nuked India and wiped out most of Delhi and Bombay, along with large chunks of UP and Punjab. The fact that Punjab was “hit by the Americans by mistake” when “they had been aiming for Islamabad, but some overspill had occurred” are clearly set up as the punchline. But hang on. The punchline is provided by the reason the Chinese nuked New Delhi: because the Dalai Lama was reincarnated in India and the PM had publicly fed the child “a small piece of dhokla with peppermint chutney”, providing the Chinese “the excuse they had needed” to nuke India. For those who enjoy this kind of sub-Goon Show humour where each page rat-tat-tats with at least four funny lines and one gag, The Competent Authority will be your companion for quotes well beyond your undergrad years.

When I started reading this, dimly aware that it’s a satirical novel, someth­ing was amiss. As signs of a comic opera on a futuristic India began to unf­old, I realised that if I swivel my brain round to read it as a work of comic science fiction, a kind of Alfred Bester minus the space-jumps and a Douglas Adams with the nerdy existentialism rep­­­­laced by dorky social realism, this was a fanatically fantastic book that uses our relationship with national news headli­nes and prime-time television as ingredients for a romp-’n-tweaked Great India Novel.

While sharing a wink with the reader in lines such as “Would they get to meet the PM and, oh, frabjous day, would she like him?” high-fives a love for Alice in Wonderland across the page, what made me enjoy this carnival of a book was the portraits of absurdities, brutalities, stupidities and banalities that froth and bubble throughout the novel’s surface. Which is why I wish The Competent Authority wasn’t a novel waiting for Terry Giliam to do a Danny Boyle on, but a collection of shorter stories set under the thrall of The Competent Authority.