Fables For The Ghosts

A stricken identity, the pains of gay love, an unhappy escape, a bleeding homeland: an insightful novel 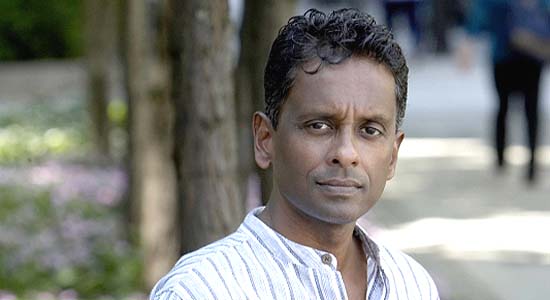 The one problem with this well-written and well-structured book is that the main characters, save one, are not very likeable. It is a harsh novel, and the people are real people, and a good novelist—as Selvadurai is—has the knack of bringing you into sympathy with his mind-born creations in far fewer than 371 pages; and yet for me, at least, there is a spark missing. It would be different had I been gay. Most of my gay friends, too, have had harsh lives in one way or another, and bear the scars.

The Hungry Ghosts is an NRI story, except that the protagonist is Sri Lankan. Shivan Rassiah had a Tamil father, dead before the tale begins. This makes him—and his mother and sister—particularly unfortunate victims of the Lankan ‘troubles’, because they owe no real allegiance to either side. This is especially so when the Sinhala side is represented by his mother’s mother, an unpleasant matriarch. The family’s escape to Canada taints everyone involved.

The grandmother, Daya Ariyasinghe, is one of the two characters who dominate Shivan’s life. The other is Mili Jayasinghe, from upper-crust Cinnamon Gardens, an old schoolmate who comes to exert a powerful emotional pull on Shivan long after their parting. Mili is the one who brings enchantment to the tale. All their stories, and those of Shivan and his family, are told against—no, within—the turmoil of Lankan life in the 1980s and ’90s. Rea­lly, few novels I have read since The Invisible Man have made so well the point that the personal is political.

Shivan’s difficulties, like those of anyone who lives by his mind and emotions, are largely born of his personality. (There is a good contrast here with Chandralal, the thug who becomes a political heavyweight, and owes his rise to the grandmother.) He made use of his grandmother, but she also made use of him. She is one of the ghosts he strives to exorcise. This is where I really can empathise with Shivan: he can always find an excuse, and a rational one, for the other fellow’s actions. In grandmother’s case, there are two flashbacks: one told by the unkind, one told by herself.

This is also a cry from the heart for what Lanka has become. It has given blood, but ghosts of the past feast on the soul.

Selvadurai is such a good craftsman that I hesitate to say here that the last section of the novel, set mainly in Vancouver, does not quite live up to the story. Everything up to there is well done, notably the scenes of violence; their covering up; Shivan’s first gay encounter; and the drawing of all the characters, in particular Mili and the grandmother. They are antitheses, Good and Bad, or so you think until you read the fine print. For Mili has his class background to atone for, Daya her past not to.

The writing is full of insights, tossed off in passing. When the young Shivan is gifted some novels by European and Asian writers: “It had never crossed my mind that anyone but British and American people wrote novels.” And in Canada, his comments on both immigrants and hosts, and the way they relate, are pretty acute.

The unique part of The Hungry Ghosts is that Selvadurai uses the Buddhist fables told by grandmother to wonderful effect. There is a point to every story that is reflected in Shivan’s story. Especially powerful is the tale the activist Ranjini tells, about how Lord Buddha taught his vain cousin Rupananda a lesson on beauty. These tales round out the novel. You could even say Lord Buddha, or the spiritual life he represents, is one of the ghosts of the title, but not one which needs exorcism.

The novel as a whole is also a bitter cry from the heart for what Sri Lanka has become. As the activist-teacher Sriyani tells Shivan, “You wanted poor old Sri Lanka to love and accept the person you became in Canada. But it cannot.” However, the truth is Sri Lanka could never accept Shivan even before his emigration. So Shivan is doomed to be a nowhere man, and it is he who has to accept the fact.

In ancient Greece, the ghosts of the dead—especially those killed in war or by deceit—were always thirsty, and could only be appeased with fresh blood. Sri Lanka has given freely of blood, but the ghosts of the past conti­nue to feast on the soul.