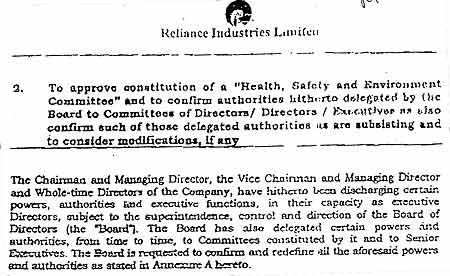 It was under this innocuous resolution that Mukesh tried to increase his powers as the chairman and sought to force brother Anil to take clearance for all his investment/financial decisions from him; the clause ensured that the chairman was the last word on all important matters in RIL. 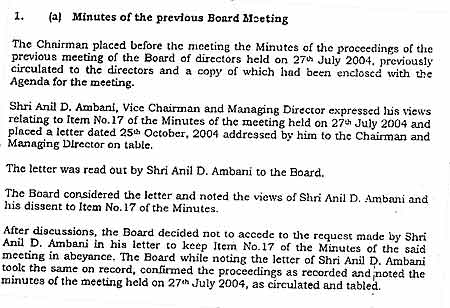 This indicates the rubber stamp nature of the six independent directors on RIL board (of the 12 members); the board didn’t feel that it was unusual for the chairman to get all powers to make final decisions; Anil’s opposition to proposed changes in the powers of the chairman were not taken into account. 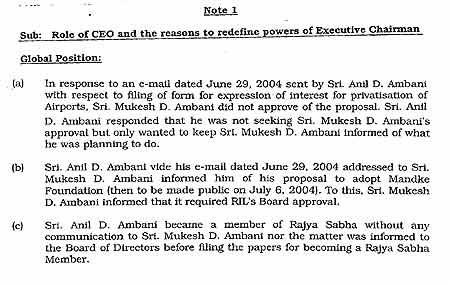 Mukesh claims Anil took a number of decisions without asking RIL’s board; he also thinks that the authority to run a company in Reliance’s fold rests with the chairman (himself) and he cites three reasons for forcing Anil to seek final permissions from himself. 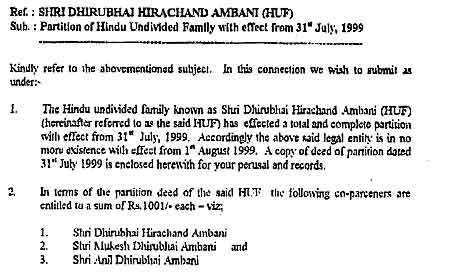 The late patriarch Dhirubhai didn’t leave a will. But he did leave a deed of separation that disbanded the HUF and divided the family’s assets. The only problem: these couldn’t include the Ambani stakes in RIL held through a matrix of hundreds of investment firms.

India Inc: Where The Money Goes