Evil On The Move

What explains the bestiality that is stalking our cities? 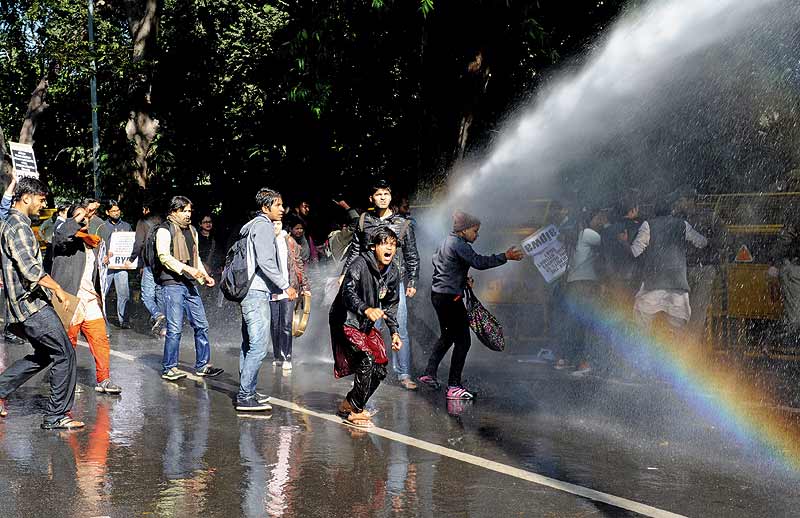 Are rapes in the country becoming more and more violent or are they now just getting reported in every horrific detail? This question came to the fore after seven men subjected a young 23-year-old paramedic to bestiality beyond rape aboard a moving private bus in south Delhi this week.

All this girl had done was go for a movie with a friend at a plush south Delhi mall. Heading home around eight at night, the two took an auto to a nearby locality and waited for a bus to take them to where the girl lived in west Delhi. When a private bus stopped for them, they boarded it, with little premonition of the nightmare that lay in wait on board the bus.

The men on the bus passed lewd comments, to which the girl’s friend objected. And that became the basis for a 40-minute ordeal in which the girl was barbarically raped, her friend beaten up and an iron rod inserted inside her so mercilessly that it tore up her internal organs. Their animal instinct satiated, the drunken men threw them out like trash on the road. A police vehicle rushed them to the hospital after a toll plaza patrol tipped them off about a young couple lying sprawled by the roadside in a semi-nude condition. Doctors at the hospital she was brought to were stunned at the extent of her brutalisation. “The patient is very critical,” Safdarjung Hospital spokesman S.N. Makwana told Outlook.

The horrors she was subjected to has left everyone shuddering and seething with impotent rage. The media debate swung to the other extreme, asking for death penalty for the rapists. Ordinary, middle-class people and student’s groups staged protests, gheraoing politicians and demanding a few answers. The demand for death penalty seemed to be almost universal, with some so incensed as to advocate castration. Since the incident happened in New Delhi, and while Parliament was in session, MPs across the political spectrum too joined in the outrage and demanded death for the barbaric criminals. 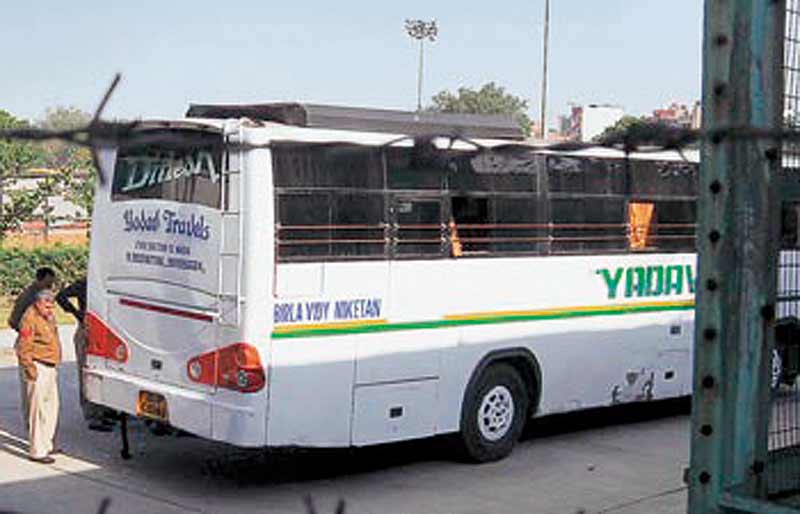 Police have apprehended the culprits. The bus had been washed, which might have destroyed forensic evidence.

Incidents like these are perhaps less about sexual desire, and more about men on the margins of society seizing by rapine what they do not have. Says Professor Nimesh Desai, director, Institute of Human Behaviour and Allied Sciences, Delhi, that has an entire wing for criminal mental patients, “The media says the girl resisted and Ram Singh and other men could not handle it. Specifically, Ram Singh, who led the group, appears to be a clear case of a pervert. All of them kicked her on her abdomen and brutalised her...this is very clearly abnormal behaviour.”

Such incidents also stem from the conflicted, complex attitudes in traditional male-dominated society towards women. Which is why some of our policemen and other male guardians of society believe that certain kinds of women “deserve this” or are “asking for it”. It’s exactly the kind of attitude that was on show across molestation incidents outside pubs and bars in Guwahati, Mangalore and Gurgaon last year. The crowds seemed to revel in the sight of these women being humiliated.

It is also unfortunate that it has to take an incident of such savage proportion for public disgust and rage to build up to this level, when women from the lower strata of society across the country are subjected to brutality and rape on a regular basis. “Our reactions cannot be based on a single incident,” says Supreme Court lawyer Kirti Singh, who is part of the draft committee that recommended changes in the rape laws. “What we need  is time-bound investigation and strong law enforcement, along with a sensitised approach towards rape. The system will have to take into consideration that rape is not just a crime but an assault on the emotional state of a person. We’ve been pursuing the home ministry for an amendment in the rape laws since 1993.”

For instance, in the United States, a rapist has to serve his sentence sequentially—if charged with rape, he has to serve sentences for other violations like forcible confinement, abduction, violence etc separately. In India, on the other hand, the perpetrator can get away by serving a sentence concurrently. Charges like beating, abduction etc get subsumed under the larger charge of rape, which invites a mandated sentence of seven to ten years in prison, after which a person can walk out free.

The driver of the bus was arrested late on Monday, said the police, and his vehicle seized. However, the bus had been washed, perhaps destroying a lot of the forensic evidence. Five other suspects have been identified as well.  No doubt, these men will be served with exemplary punishment. But it will take more than just hanging these men to kill the larger beast within society.

The Shruti Ever Endures