'Everything In Dev Happened'

The Big B's been there, done all that in his long career with Bollywood. Even so, working for Dev has been an experience for him. Excerpts from an interview: 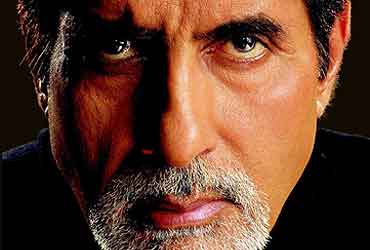 Aren’t issue-based films new for you?
Quite suddenly I’m working with directors who project a conscience beyond the borders of escapism, like Govind Nihalani, Sanjay Leela Bhansali or Farhan Akhtar. Even if their films are run-of-the-mill, they never treat the project so. Dev goes into a dark area of our society where we seldom venture. We don’t talk about the isolation of a community or how it affects the fabric of our nation.

Yet some audiences didn’t react so well.
Maybe they find it too dark and too true to be palatable. Some feel they’ve seen it all before. But there never has been a film on the politicisation of the police. Another criticism is that it’s too verbose. But how do you get across ideas in an issue-based film if not through dialogue? I’m asked where all that wonderful dialogue of the ’60s and ’70s went; when we have a dialogue-driven film they say it’s too wordy...

Did you need a different performing discipline?
No! If I’m asked to react to the horrors of a communal riot, I’d...