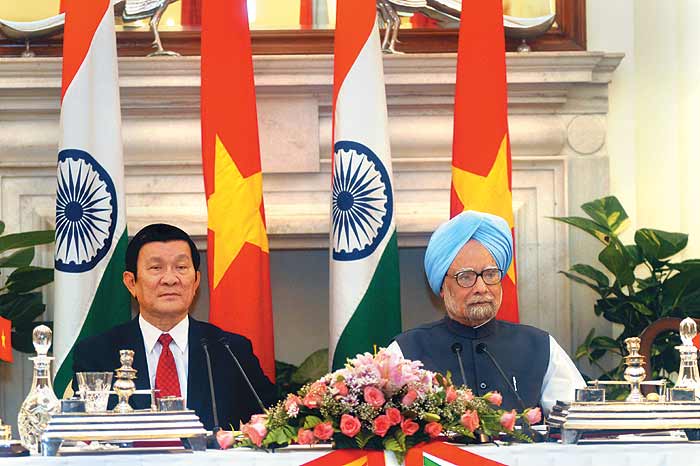 On October 4, Afghanistan President Hamid Karzai winged out of the darkness louring over his country to land in India for a two-day visit. A week later, India hosted the Vietnamese President, Truong Tan Sang, and his Myanmarese counterpart Thein Sein in succession. In case you are wondering what prompted the heads of state of these three countries—not occupying much mindspace of ordinary Indians—to come calling on New Delhi, a rebalancing of regional power equations has escaped your notice. In a nutshell, key countries across Asia are currently engaged in the business of forging new alliances. Three crucial factors seem to have sparked off the diplomatic realignment. To begin with, Asia is home to some of the fastest growing economies of the world, and holds out hope of rejuvenating a global economy so palpably destitute of any vim. Yet, ironically, Asia is also the battleground where some of the bloodiest conflicts of the world are being fought. The third factor is the rise of China— economically galloping, occasionally flexing its muscles and generating consternation across the continent.

In this ongoing realignment, India has emerged as a player, a surety of sorts against the vagaries of the future. What has enabled India to carve a niche of its own is its impressive growth over the last 10 years, its inclusive democracy, its growing military might, and the faith the US has reposed in New Delhi’s ability to play a global role. As former ministry of external affairs secretary N. Ravi told Outlook, “It’s not only the familiarity and trust that all these countries have with India but also the fact that our development and growth provides a framework for many of them to use as a model.” 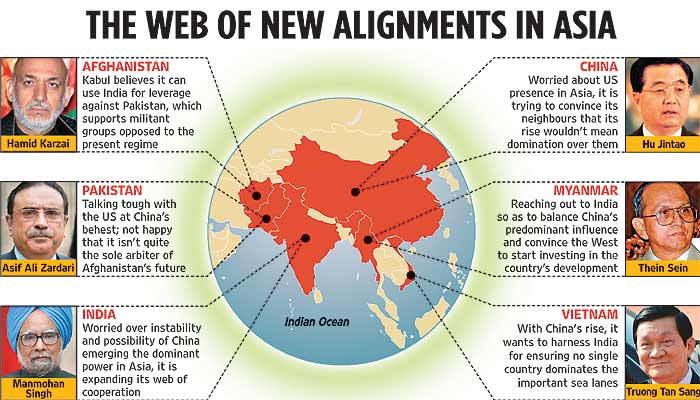