‘Even God Wants Him (Modi) To Lead’ 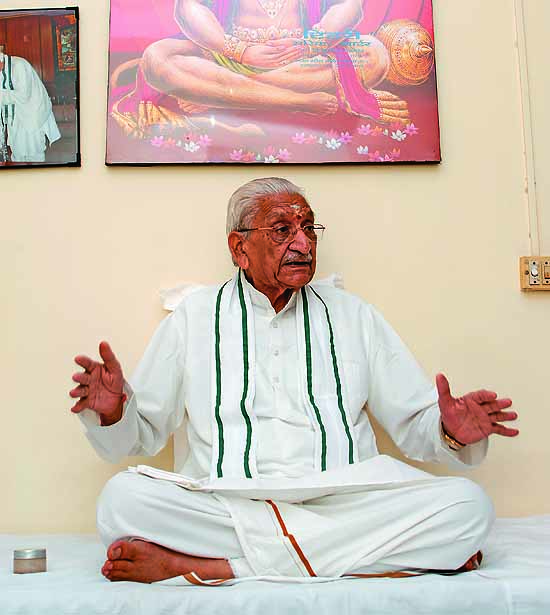 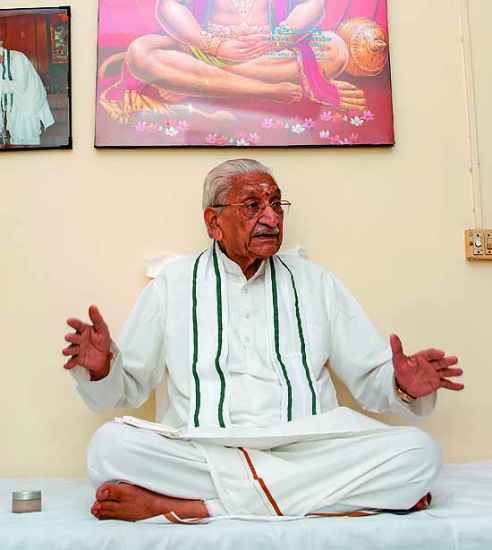 Veteran VHP leader and one of the faces of the Ram mandir movement of the 1990s, Ashok Singhal blames SP chief Mulayam Singh Yadav for the politics of Muslim appeasement in Uttar Pradesh. And unlike many others in the saffron brigade, he has high hopes for Narendra Modi. In fact, Singhal’s hoping the BJP spearhead will lead a revival of the Hindu nat­ionalist movement in the country. He talks to Panini Anand. Excerpts:

Your call for a chaurasi kosi yatra flop­ped, there wasn’t even much sup­port on the ground....

This was a simple and small yatra. It’s not that we don’t have support; why are you ignoring the hundreds of protests in the last few days? We have the capacity to do bigger act­ions than the 1990s movement and we will do it as and when needed.

The BJP and RSS too didn’t support you, neither in Parliament nor on the roads.

You’ve got it wrong. There was an uproar in the House. However, we are not dependent on the support of any political party. Recently, some 425 MPs expressed their support for the Ram mandir to us, what do you have to say about that?

How did the yatra get derailed?

Mulayam and his son, Uttar Pradesh CM Akhilesh Yadav, had agreed to the yatra. Suddenly, after Azam Khan’s insulting statements, the state government took a U-turn. I think Mulayam misunderstood matters or it might be a deliberate attempt not to understand.

You are accusing Mulayam of banning it to appease the Muslims?

His sudden U-turn after Azam’s statement proves it. He thinks he can consolidate Muslim votes in his favour but Muslims always go by the candidate, not the party, while trying to defeat Hindu-minded candidates.

What about the timing of the yatra, isn’t this communal polarisation benefiting both VHP and SP?

“After the 1990s, the time has come for another Hindu uprising. Those who oppose it will be vanquished.”

We are not into politics. Ours is a cultural movement. It’s a tough time for our saints, temples, cows, river Ganga, Hindu identity and culture; a Shankar­acharya is being accused of murder, another sant is booked for sexual assault. Tent mein bhagwan (in Ayodhya) Hindu ka apmaan hai. The government is taking over all our temples. Hamare mandir kisi ke baap ki sampatti nahin hai. This is the work of a group of pseudo-seculars and atheists who do not understand and respect Hinduism.

It’s not just Mulayam, even a foreigner like Sonia Gandhi now wants to insult Hindus. We will not allow this to happen. After the 1990s, the time has come for another Hindu uprising. Those who oppose it will be vanquished. People like Azam Khan, who insults our saints and religion, will get asylum only in Pakistan.

Coming back to the Ram mandir movement, do you think the BJP took advantage of it?

Those who will support our movement will get fame, the anti-mandir elements will get infamy. Why should we go with any political party, we don’t need to gain from political movements. In fact, they indeed can gain from us.

You think the rise of Modi will help you?

Even God wants him to lead. The str­ong reaction from Gujarat’s Hindus in 2002 after Godhra was like the rec­ent cloudburst in Kedar valley...it could not be contained by anyone. One should also look at Modi’s background, hard work and leadership. Ram ki mahashakti hai Modi.

But he didn’t say a word about the yatra. And he hasn’t promised a Ram mandir in Ayodhya.

He is a member of a political party. His party and party president have already made statements against the brutal attack on Hindu saints and the restrictions on the yatra. In the coming years, the country will see a stronger Hindu movement which will ensure that political parties are forced to pass a resolution for the Ram mandir.

But even some very senior leaders of the VHP don’t like him.

There are some individuals who don’t like him. But it doesn’t mean that this is an issue at the organisational level.

Will any political party ever have the political will to come up with a positive resolution on Ram mandir?

The present Hindu wave is not for poli­tical reasons or for elections. That said, I am definitely sure that this time Ram bhakts are going to decide the political picture of this country. Those who ignore the mandir issue do so at their own risk, they will not see the corridors of power. The people want a clear mandate. I am sure the election results will surprise many.