Sudhir Mishra's Serious Man is a sensitive story about the aspirations of a middle-class family. 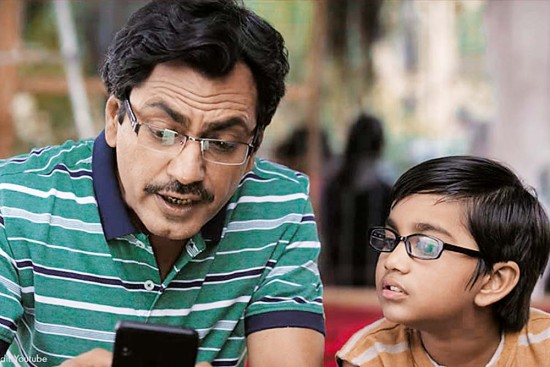 Watching Serious Men was like a trip down memory lane. The quintessential Nawazuddin Siddiqui’s Ayyan Mani reminded me of the characters you see—portrayed with such sincerity in theatre productions like the ones in Nat­ional School of Drama. The superb Sudhir Mishra (Hazaaron Khwaishein Aisi) doesn’t disappoint—one’s aware of the tremendous craft involved in telling a story with all its socio-political nuances. The fabulously talented child actor (Aakshath Das)—who reminds you of Jugal Hansraj in Masoom—also lifts this effortless and sincere movie. And that lilting opening track: Raat hai kaala chhata, isme kitne saare chhed from the play Bade na khele chhote khel, done many moons ago by NSDians, including Nawazuddin. Sung by Swanand Kirkire, it resonates through the movie.

Serious Men portrays the journey of a father and son with nuanced portrayals of caste, the aspirational lower middle class, the elitist privileged class and finally a smart con job of an intelligent mind. Tormented by his social status as a ‘low-born’, Mani, an ambitious underachiever, manages to ‘manufacture’ his son Adi’s reputation as a child genius. Deeply resentful towards his arrogant upper-caste boss Arvind Acharya, played by M. Nasser, Mani tries to capitalise on his son’s newfound fame to improve his family’s fortunes. Till it all falls apart….

Within the faultlines of the narrative of the film lies the hypersensitivity of our glorified democracy that still thrives on the ‘jugaad approach’, sensationalism and a range of social ills.