Murder That Never Was 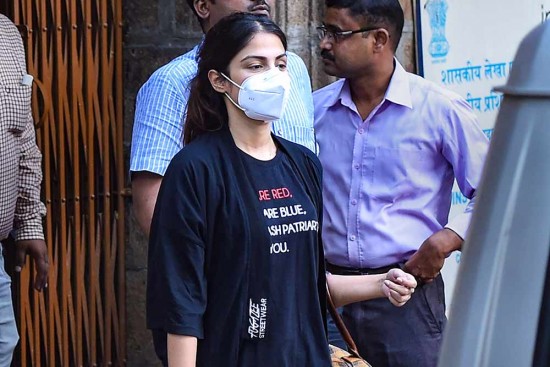 A forensic team formed by the CBI has ruled out murder in the Sushant Singh Rajput case. Rhea Chakraborty has been granted bail after 29 days. Rajput’s family wants a new forensic team to analyse the post-mortem findings. A few TV anchors continue to scream murder. New conspiracy theories emerge. And the theatre of the absurd continues.

More than three-and-a-half months after the 24-year-old actor—said to be battling depression—was found hanging in his Mumbai apartment, the case is far from over, mired as it is in a tangle of drugs, politics and the media circus.

But the Bombay High Court’s observations will come as relief for Rhea, 28, who was living with the actor till a few days bef­ore he allegedly committed suicide. “She is not part of drug dealers. She has not forwarded the drugs allegedly procured by her to somebody else to earn monetary or other benefits,” the court said in its order. Two co-acc­used Samuel Miranda and Dipesh Sawant were also granted bail though Rhea’s brother Showik’s plea was rejected. Rhea was arr­ested by the Narcotics Control Bureau (NCB) in a drugs case linked to Rajput’s death. The NCB claims she was an “active member” of a drugs syndicate and procured drugs for Rajput, a Bihari actor who played the lead role in several Bollywood films since deb­uting with Kai Po Che in 2013.

The CBI is separately probing a case against Rhea, her brother Showik and others for allegedly abetting the actor’s suicide, while the Enforcement Directorate is looking into suspected money laundering from Rajput’s bank accounts.

“The hounding and witch hunt by three central agencies, the CBI, ED and NCB, of Rhea should come to an end,” her lawyer, Satish Maneshinde, said.

However, the AIIMS forensic team’s findings...