Unable to study in Cambridge University due to financial constraints, Anand Kumar set up a coaching school -- Super 30 -- in Patna to help poor students crack the tough IIT entrance examination. Bollywood has not missed his sensational life story 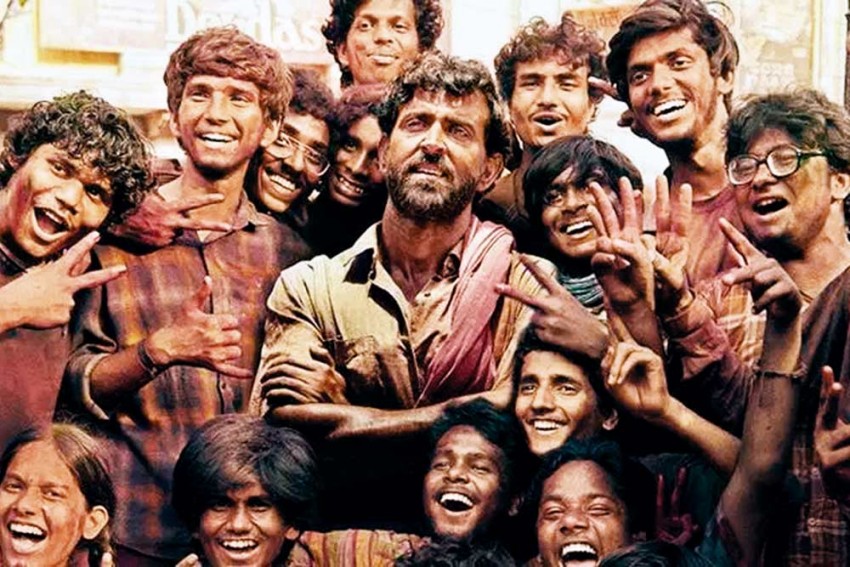 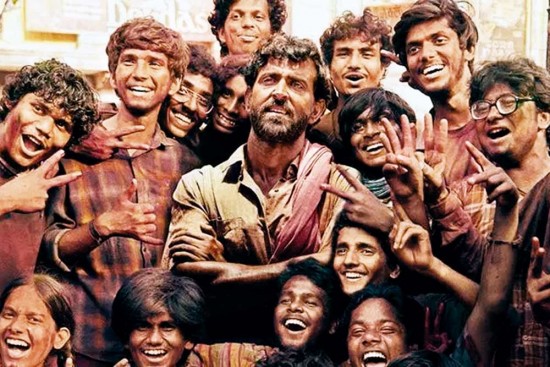 A feature film on education is rare in India and one on an educationist even rarer. Movies such as Taare Zameen Par (2007), 3 Idiots (2009) or Stanley Ka Dabba (2011) burst forth every once in a while but a mainstream film devoted entirely to the life and times of a contemporary educationist remains rather ­uncommon in Bollywood. This is what makes Super 30, a biopic of Anand Kumar, special in the annals of Hindi cinema. The movie opened to a rousing reception on July 12 and min­ted Rs 115 crore by its third weekend.

Starring Hrithik Roshan, it has proved sceptics wrong who had wondered whether a commercial cinema superstar, otherwise known as the ‘Greek God of Bolly­wood’ for his good looks, would be able to pull off the character of a tea­cher from an under­privileged Bihari family with conviction. Anand shot to global renown for setting up a pioneering coaching institute in Patna to help poor students crack the highly competitive ­entrance exami­nation of the cov­eted Indian Institute of Technology (IIT). However, he never had an iota of doubt about the selection or talent of Hrithik. “My entire family was astonished to see the way Hrithik lived my character onscreen,” he tells Outlook. “My mother had tears in her eyes and so accurate was the portrayal that my two-year-old daughter could not help ­exclaiming ‘papa’ after seeing him in the trailer on TV.”

Anand says that after Hrithik gave his nod for the role, they had prolonged sessions together. “Apart from observing me from close quarters in person, he also saw 150-hour-long videos of mine to get into the skin of my character,” he ­declares. “Some of my students who have settled abroad are ama­zed to see the transformation of Hrithik. Doubtless, he ­immersed himself in this character for a year. His hard work has paid off and it’s showing onscreen.”

“When Hrithik was chosen to play my character, many said that he wasn’t suitable. But he proved them wrong,” says Kumar.

The 46-year-old is aware of criticism of Hrithik’s accent and tanned look in the film, but says that nobody can find fault with his performance. “When Hrithik’s name was ­finalised for my character, many people told me that he would not be suitable. They said he looks British and that he was known for movies like Krrish (2006) and Bang Bang (2014), but he proved them all wrong. In fact, he ­exceeded my expectations.”

Nonetheless, the road to his biopic was not smooth for Anand. From #MeToo allegations against its director Vikas Bahl to the postponement of its release for one reason or another, the film remained embroiled in controversies. Worse, even a lawsuit was filed against him, accusing him of having fudged the number of successful candidates from his institute. “I have responded to the allegations. But I feel sad to see some people trying to earn fame by ­defaming me,” he says. “I have politely declined to accept any financial support from various governments as well as corporates. I have been running my institute quietly with the help of my brother Pranav (played by debutant Nandish Singh in the biopic) but it still seems to perturb some people.”

Incidentally, Bahl of Queen (2014) fame was not the first director to ­approach Anand for a biopic. Several well-known filmmakers had evinced keen interest in making a movie on his ­inspiring life story. Anurag Basu of Barfi (2012) fame had held several rounds of discussions with him and was all set to make the film.

Even acclaimed Hollywood director Michael Winter­bottom is reported to have sent feelers to him while he was shooting Trishna (2016), a Frieda Pinto-Riz Ahmed starrer, in India, but the mathematics wizard had ­already given his word to Basu by that time. Actually, Anand had given written consent to Basu to make his biopic on a script penned by Sanjeev Dutta during their visit to his house in Patna way back in 2010. The filmmaker was at that time zeroing in on Ranbir Kapoor for the lead, but that film did not make any headway for the next few years. Finally, Vikas Bahl and Phantom Films came on board to make Super 30 starring Hrithik.

Anand had also received a similar proposal from Hinduja Ventures, the production house which had produced Teen Patti (2010), featuring Amitabh Bachchan and Ben Kinsley. Bihari filmmaker Prakash Jha had loosely based Ami­tabh Bachchan’s character in his film Aarak­shan (2011) on Anand, who was even called by the filmmaker to Mumbai to provide tips on classroom teaching through a video film to none other than Big B. Bachchan had also met Anand when he came down to Patna to promote his film ahead of its release. 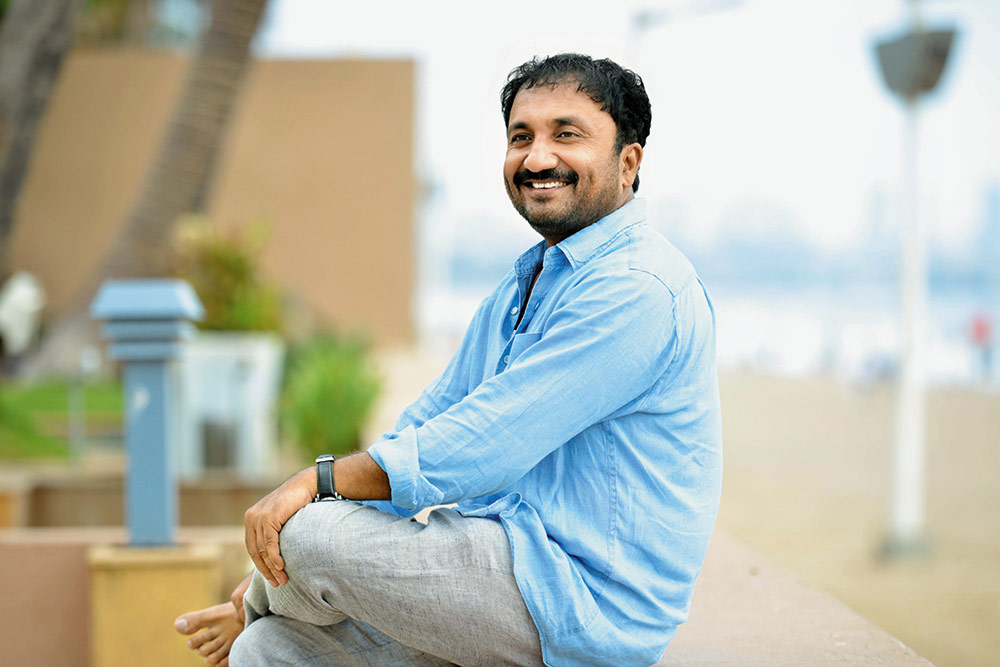 Anand Kumar set up the Super 30 institute in 2002 in collaboration with senior IPS officer Abhayanand (who has since retired as the Bihar DGP) to give free coaching to underprivileged children for the IIT entrance examinations. In 2008, Abhayanand opted out of the institute due to reported differences between them. While Anand continued to run Super 30 with the help of his brother Pranav Kumar, Abhayanand chose to associate with different institutes, teaching physics in his spare time.

Anand went on to earn global acclaim in subsequent years through his ­institute, which provides provide free food and accommodation along with coaching to 30 poor children selected through a writ­ten test every year. He has been the subject of many international documentaries. His fascinating life story has also been featured in many international magazines, including Newsweek and Time.

Looking back at the ­astounding success of his ­institute, Anand says it gives him immense satisfaction that so many of his students (more than 450 through Super 30) had made it to the IITs and other prestigious ­institutes. “Almost all of them came from extremely poor and marginalised sections of society. The odds were sta­cked against them before they cracked the IIT ­entrance exam,” he says.

Incidentally, Anand had himself secured admission to Cambridge University in 1994, but could not make it because of financial constraints. Less than a month and a half before he was supposed to leave, his father suddenly passed away, which left him and his family to fend for themselves. He says that the inspiration to set up Super 30 came from the pain of losing that opportunity.

According to him, Bihar has always been a cradle of talent, but a large number of youngsters, especially those from impoverished families, do not get the right platform or opportunities and have to give up higher education. Super 30 was set up to provide the right platform to such students, he says.

Now,  all of that has been recorded on celluloid—with some cinematic liberties, of course. Even though it has been made with a disclaimer that it is merely a fictionalised account of Anand Kumar’s life, Super 30 has succeeded in capturing the intensity of the long-drawn struggle of this ­remarkable agent of change and champion of education.

Race: The Only Scarlet Letter