Since his 2012 viral hit, ­Anirudh has come to hold his own in the hall-of-fame ­lineup of Tamil composers 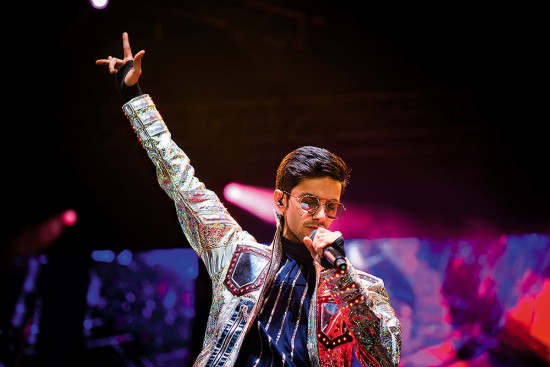 You could say that he made the first pan-India viral debut on the internet: by December 2012, college students knew the lyrics by heart, as did col­ony uncles, and you could hear the bass line hum coming from any of the weddings of that season in Delhi, making passersby automatically lip sync, “Why this Kolaveri….” That was seven years ago, and Anirudh Ravichander was 21 and fresh out of college. He had cracked the viral formula in the first song from his debut motion picture, 3. Now, seven years later, he has come to hold his own in Tamil cinema, the land of the great composers—Ilaiyaraaja and Rahman.

Slim, slight, with those boyish looks intact, Anirudh represents a newer age, as his viral internet debut announced, and a newer generation of music. Take random samples from his repertoire, there is sheer variety—a cultivated genre-hop app­roach. Marana Mass from the recent Rajinikanth film Petta is classic ‘Kuthu Pattu’ (the quintessential Tamil fast song), while the Petta Theme is regal, the primary strains of trumpets pushed with rock and trap beats. Yennai Maatrum Kadhale from Naanum Rowdy Dhaan (2015) is a soul ballad that can also remind you of the international artiste Hozier’s sounds. Airudh is well versed with the sounds of the age, making good use of the internet generation he was born into.