Kattappa Goes To Kapurthala: Yawning Gap Between Bollywood And Regional Cinema Is Closing 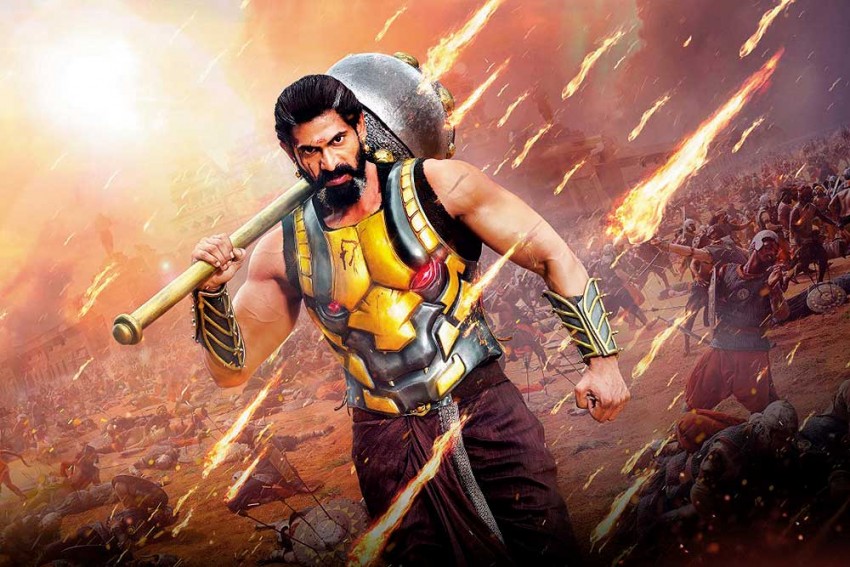 Rana Daggubati, Telugu
The blockbuster ­antagonist from Baahubali made his Bollywood debut in 2011 and is now doing Housefull 4 with Akshay Kumar.
Giridhar Jha February 20, 2019 00:00 IST Kattappa Goes To Kapurthala: Yawning Gap Between Bollywood And Regional Cinema Is Closing 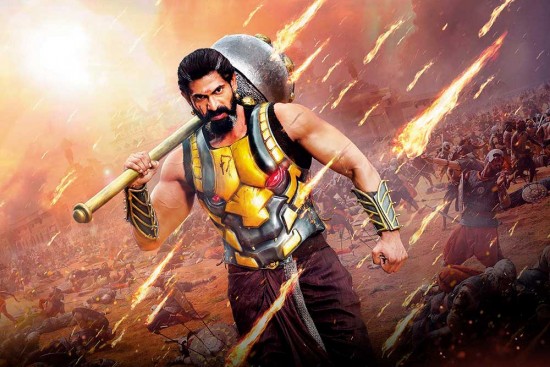 Urban Dictionary, a popular online glossary of the colloquial—slangs, catchphrases and other neologisms collated from across the globe—defines Mahesh Babu thus: “A sexy Indian Telugu actor that almost every girl is in love with. He is called prince because he is charming and very handsome”. It’s the description to extract envy out of the biggest of Bollywood heartthrobs. Flattering enough as it is for a 43-year-old actor who has not even made his debut in Hindi cinema yet.

Mahesh Babu has not had any dearth of offers from up north over the years. The bigwigs from Mumbai have been trying to lure him, given his large fan base on both sides of the Vindhyas. And yet, he appears to be biding his time endlessly.

Come to think of it, does the Hyderabad-based superstar really need to sign a Hindi movie to cross a greater career milestone at this juncture? Well, given the universal success of the dubbed versions of movies like Telugu-Tamil bilingual Baahubali (2015/2017), the Marathi Sairat (2016) and more recently, Kannada film KGF: Chapter 1 (2018), provincial stars are the proverbial toasts of the season as of now, but it is not at all binding on them to step out of their home turfs to reach out to a bigger audience. Or so it seems.

The past, when regional movies catered only to a niche audience, is behind them. Now, content generated outside the realm of Hindi cinema has broken through linguistic barriers to earn universal acclaim. And it has also enabled stars from distant regions such as Prabhas, Mahesh Babu, Dulquer Salmaan, Rana Daggubati, Diljit Dosanjh et al, to burst on the national scene and become household names.

Much of its credit, of course, goes to the phenomenal success of S.S. Rajamouli’s back-to-back ext­ravaganzas, Baahubali: The Beginning and its sequel, Baahubali 2: The Conclusion, which did a worldwide business of whopping Rs 2,460 crore notwithstanding the fact that none of them was an original Hindi film. And in an industry where the box office is the ultimate arbiter of star status, Telugu star Prabhas—who played the eponymous roles in both these movies—is being hailed as the next big thing. Trade pundits expect him to grow bigger with his next big-ticket, the multilingual Saaho, scheduled for an Independence Day release, even if it does half of Baahubali’s business.

Already, there appear to be enough vacancies for big stars in Bollywood, which is undergoing a transition with the rapidly diminishing power of its ageing superstars such as the Khan triumvirate. Homegrown Ranveer Singh (Padmaavat, Simbba/2018, Gully Boy (2019) and Ranbir Kapoor (Sanju/2018) have already reserved their respective places in the big league with their recent blockbusters, but there seem to be enough openings for the big regional stars to fill other slots.

Prabhas, of all the contenders, has already emerged as a front-runner, as his popularity has soared beyond the twin states of Andhra Pradesh and Telangana. His die-hard fans can now be found rooting for him in the states like Punjab, and Gujarat, where Telugu is not spoken. He appears to be enjoying a kind of popularity which had eluded the best of southern stars in the past. Consider this: A big automobile major, which had always relied upon a big Bollywood superstar with a pan-India appeal as its tried and tested brand ambassador, has signed Prabhas to boost the sales of its SUVs. Ditto for a big motorcycle brand!

Interestingly, even though Prabhas has been around in the Telugu film industry for the past 17 years and has had several hits to his credit, he now owes it all to director Rajamouli’s twin epics. “It is surreal to realise that Baahubali has had such an impact on the history of Indian cinema. It is overwhelming to see the audiences wholeheartedly accepting a film coming from south India,” the 39-year-old actor tells Outlook. “It has certainly opened doors for regional cinema on a pan-India as well as a global platform.” (See, Baahubali has opened the doors for regional cinema) 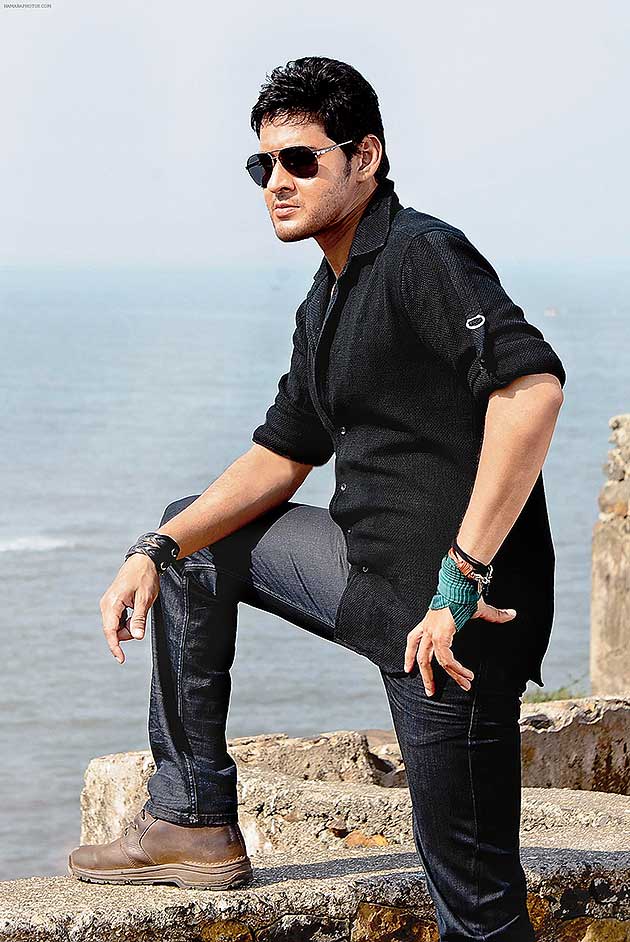 “A sexy Indian Telugu actor that almost every girl is in love with.” That’s how the Urban Dictionary defines this superstar from the south.

Mahesh Babu concurs. “Baahubali broke records in the history of Indian cinema. It was really heartening to see audiences from all over the country showering so much love on a south Indian film,” he tells Outlook. “But then, Baahubali was not a south Indian film as such; it was a pan-India film by Rajamouli sir which made a huge impact not only in India but also across the globe.”

Underlining the fact that great content has always had a universal appeal in the country, he says that Baahubali’s storyline had an emotional essence which made the audiences in all languages watch the film again and again. “It could be compared to the best Hollywood epic films in terms of visuals, content, sets, locations and costumes.”

Critics, however, believe that more than anything else, what the back-to-back films’ success has emphasised is the fact that you don’t need a resident Bollywood actor to turn in a global hit. Even a regional star, tucked away in his own locale, can be a powerhouse at the ticket counters. The critics, however, wonder if that is why Mahesh Babu has put his Bollywood debut plans on hold. “I don’t think that south or Bollywood matters if your work keeps reaching them anywhere,” Mahesh Babu says. “As far as I am concerned, all that matters is the love of the audiences.”

Mahesh Babu has a reason not to be in a hurry to jump on the Bollywood bandwagon. According to trade experts, his dubbed films are not merely big box-office draws but also consistently generate record-breaking TRPs on television. His last release, Bharat Ane Nenu (2018), for example, continues to rake in profits, as its satellite rights were recently sold for a jaw-dropping Rs 22 crore, the highest for a Telugu movie.

Apart from Prabhas and Mahesh Babu, another Telugu star whose stocks have risen remarkably recently is Rana Daggubati, who played the antagonist in Baahubali. The 34-year-old actor, currently working with Akshay Kumar in, Housefull 4, also owes it to Rajamouli’s movies. “Baahubali turned out to be such a well-loved film because its story resonated with audiences everywhere,” he tells Outlook. “It underlined the importance of content while providing a visual treat to viewers.”

Daggubati, who made his debut in Hindi cinema with Dum Maaro Dum (2011), points out that Baahubali was not the first film to have bridged the gap between Bollywood and southern stars. “There were always some films in the past such as Mani Ratnam’s Roja (1992) and Bombay (1995), or for that matter Ram Gopal Varma’s early projects like Shiva (1990) and Satya (1998), which featured south Indian actors in lead roles,” says the actor who is currently working on a trilingual adventure called Haathi Mere Saathi (not a remake of Rajesh Khanna’s 1971 hit), which has also been mounted on an epic scale in keeping with the latest trends.

The ­success of Baahubali has truly bridged the gap between ­Bollywood and regional ­cinema.

It is undoubtedly the success of Baahubali that kick-started a trend for fantasy and adventure films all over and helped these stars. Had it not been its unprecedented success, the box-office returns of Kannada movie KGF: Chapter 1 (it has so far collected about Rs 250 crore worldwide) would have taken the trade pundits by surprise. Even the film’s dubbed Hindi version garnered around Rs 45 crore in spite of its clash with Shah Rukh Khan’s home production Zero. KGF catapulted its lead actor Yash into the big league. The 33-year-old star has since begun shooting for its sequel which is expected to surpass the collections of its original. 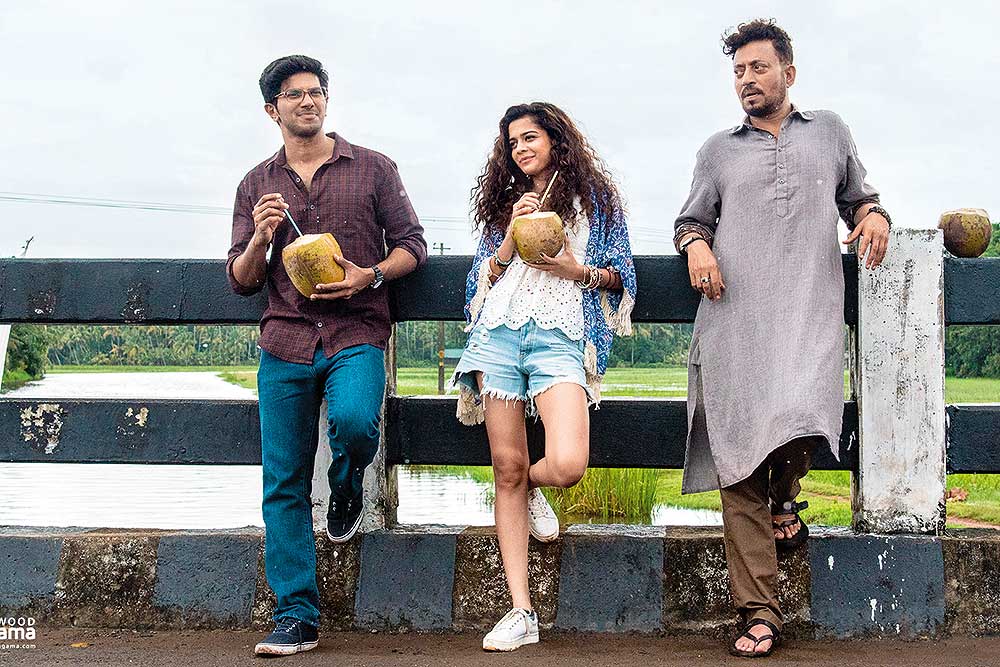 Dulquer (above left), who made his Bollywood debut in Karwaan, says Malayalam cinema remains his primary focus.

The success of these stars is being seen in a way as a reversal of trends in Bollywood. In the past, big stars from down south, including Kamala Haasan and Rajnikanth and Mammootty, failed to make it big in Hindi films. But now, regional stars are making their presence felt left, right and centre, with both original and dubbed movies. Last year, Malayali star Dulquer Salmaan made a refreshing debut in Karwaan co-starring Irrfan. The son of Malayalam cinema’s living legend Mammootty will be seen next opposite Sonam Kapoor in The Zoya Factor, based on Anuja Chauhan’s best-selling novel of the same name.

The 32-year-old star, however, says that he is not looking forward to shifting from one industry to another as such. “Malayalam cinema will remain my primary focus, but I would like to do interesting work everywhere, and I hope people will like it,” Dulquer says.

Punjabi singer-actor Diljit Dosanjh earned plaudits in Soorma, portraying former captain of the Indian hockey team Sandeep Singh in 2018, two years after he had made an impressive Bollywood debut in Udta Punjab (2016). He had also done a stellar role opposite Anushka Sharma in her home production, Phillauri (2017). Diljit, who has now grabbed two big-banner projects, Arjun Patiala opposite Kriti Sanon and Good News with Akshay Kumar and Kareena Kapoor, says that he wants to do all kinds of roles so as not to get typecast. “All kinds of roles give me pleasure and satisfaction,” he says.

Another popular Punjabi actor, Jassi Gill, also starred in Happy Phirr Bhag Jayegi (2018) opposite Sonakshi Sinha and has since signed director Ashwini Iyer Tiwari’s Panga, starring Kangana Ranaut in the lead. Riddhi Sen, who won the National Award for best actor for his performance in a Bengali movie, Nagarkirtan last year also did a pivotal role in Ajay Devgn’s home production, Helicopter Eela co-starring Kajol last year. Even though the film failed to create ripples, his work was appreciated in it.

Experts feel that the yawning gap between Bollywood and regional cinema is closing because of the preference of new-age audiences to lap up good content in any language. Exposure to world cinema, the proliferation of over-the-top platforms and the emergence of a new breed of thinking filmmakers have all whetted audience appetite for quality films and signify a trend that seems to be irreversible at the moment. The tribe of regional stars can only grow from here.

Why Female Participation In Workforce Is On The Decline In India?