Eshita Bhargava speaks with the septet—Songsun, Jihna, Kelly, Hyunbin, Jia, Soeun and Mire—and finds that TRI.BE leaves a pleasant ring in the ear like the delightful aftertaste of kimchi. Excerpts: 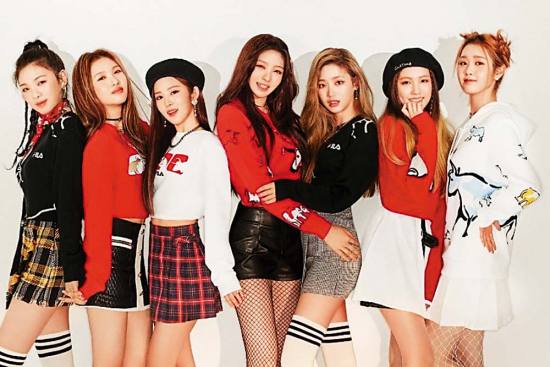 If you thought kimchi is the lone South Korean soul food that made you sing, you are missing K-Pop. Or just rewind your life to Gangnam Style. Of late, the Korean assembly line forged a brand new band—TRI.BE, a multilingual, seven-member, all-girl troupe that debuted with a two-song album called TRI.BE Da Loca. Eshita Bhargava speaks with the septet—Songsun, Jihna, Kelly, Hyunbin, Jia, Soeun and Mire—and finds that TRI.BE leaves a pleasant ring in the ear like the delightful aftertaste of kimchi. Excerpts:

The title of our album means ‘with me’ in Spanish. The title track, RUB-A-DUM, is inspired by the children’s story The Pied Piper. As the pied piper plays his flute to gather the townspeople, we wanted to express how we want to play around with our audience.

We are still learning how to write, compose and produce music. Thankfully, we have our producer S.Tiger and EXID’s Elly working on our music and production. They teach us to understand our music. We hope to create our music one day.

SongSun:  It is because of catchy tunes and magnificent performances. I love how we can communicate with everyone through K-Pop.

Kelly: It is such an honour to be a K-Pop idol. I believe K-Pop is popular because of its addictive melodies.

JinHa: K-Pop has become a genre of music. I think people like it because of the exciting and remarkable performances. I will work harder to convince more people to like TRI.BE’s music.

HyunBin: When I look at social media or YouTube, it is clear that many foreign fans cover our music. Sometimes they know about K-Pop...