‘I Surrender Myself To The Director’s Vision’ 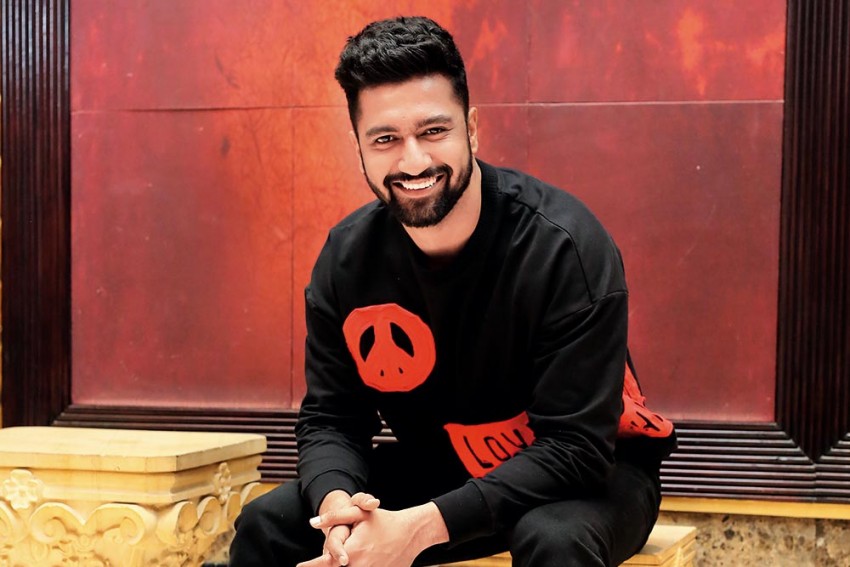 Photograph by Manoj Verma/HT/Getty Images
Giridhar Jha July 03, 2019 00:00 IST ‘I Surrender Myself To The Director’s Vision’ 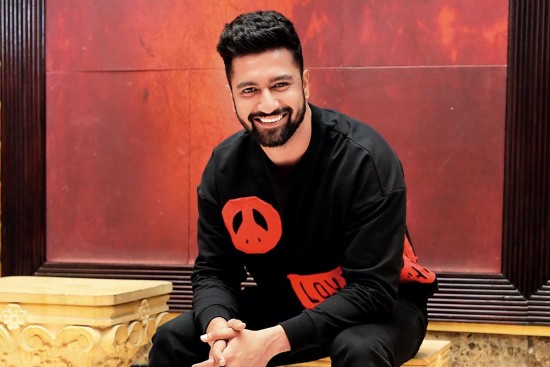 Vicky Kaushal who made a stunning debut in Masaan four years ago has leapfrogged into the big league with the success of Raazi (2018) and Uri (2019). He tells Giridhar Jha why the Hindi film industry has entered its best phase yet because of the proliferation of content-rich cinema in recent times. Excerpts:

Post-Uri, I cannot resist the temptation of asking, how is the josh?

The josh has been really high, thanks to the amazing opportunities. The kind of love that I have been receiving for my work for the past year has been overwhelming, surreal. I think the best form of motivation is when you are encouraged to keep pushing your boundaries. You are motivated when people tell you that they are waiting for your future projects. When you hear such things, you tend to give more than what you have. That’s the phase I am in right now.

Did you expect such a response from Uri? Even the PM has been quoting the josh punchline.

No, not at all! None of us actually did. Of course, how much a film earns at the box office matters, but more than that, we didn’t expect that after two weeks of its release, people would snatch the film from our hands and make it their own. From a small kid to a 90-year-old dadaji, people from all age-groups were sending me ‘how’s the josh?’ videos from different places, even from offices and weddings. And the PM saying ‘how’s the josh?’…we never saw that coming!

So, what was it about Uri, patriotism, or something more?

When an artwork comes up to ignite patriotism in the right way, it creates an avalanche-like impact, quite similar to what August 15 and January 26 invoke. On these days our patriotic feelings, howsoever dormant in our hearts, come to the fore. Something like that happened with Uri. People from all strata of society accepted the film.

Your debut film, Masaan, had made an impact in 2015 and so did Raazi and Uri later. What was different for you as an actor in terms of success during these two different phases of your career?

After Masaan, I became the ‘Masaan guy’, but after Raazi and Uri, I came to be known as Vicky Kaushal. After Masaan, the film industry started encouraging me right away but nobody recognised me when I walked down the streets. Now they do.

‘Content is king’ has been a cliché. Only in recent times is it proving to work. Do you think that we are in an era when the star system will gradually fade away?

“In the past, filmmakers would look for a story set in Brooklyn, but now they want writers to tell stories about Bareilly.”

I don’t think that the star system is going to vanish. Far from it, all the popular film industries across the world have flourished for decades on star power. It is good for the survival of the industry. European cinema is still making niche cinema because there is no star system there. But what is different here now is that the ‘content is king’ formula is being implemented in a big way. Audiences are lapping up good stories. In this age of Netflix and Amazon Prime, the best of global entertainment is available on phones. If a movie has to draw audiences and make them spend Rs 400 on a ticket, the content has to be better than what they already have on their phones. It has made all of us pull up our socks. Both filmmakers and audiences now understand this, that’s why it has ushered such a good phase into the industry.

Is this why even the biggest of stars appear to be hunting for good scripts? There was a time when filmmakers used to sign a star and select the script afterwards.

Back then, stars were intriguing, the average moviegoer had no access to them. My father ­(action coordinator Sham Kaushal) tells me that if people wanted to see Dharmendra those days, movies were the only platform. Nowadays, stars are accessible through various media.

Is it the best phase yet, quality wise, for Hindi cinema?

I think so. Also, the industry has become more democratic for actors and fellow creative people. It is no longer a sole preserve of the elite. In the past, filmmakers would look for a story set in Brooklyn, but now they want writers to tell stories about Bareilly.

For you, is the script everything in selecting movies? What about big banners?

When a reputed production house wants to narrate a subject, you know that it must have been scrutinised before it reaches you. You know they will make a film that will reach the audience. Still, script comes first for me. I prefer to read a script at a go. After reading the last page, if I feel for the character and if I want to share it with my family immediately, I do it. Then I see who the director is because cinema is ultimately a director’s medium.

Talking of directors, you have worked with a diverse bunch—Anurag Kashyap, Meghna Gulzar to Rajkumar Hirani. How different is their approach?

They have their own style. Anurag sir does not go strictly by the script—he does a lot of improvisation on the set. He makes an artiste reinvent himself, as I did in Manmarziyaan (2018). Meghna Gulzar sticks to the script. Raazi’s script was so refined there was no need to change anything. Karan Johar is a mix of both, while Hirani, being an editor, is clear about what he wants. As an actor, I prefer to surrender myself to the director’s vision. I look at myself as sabzi in the hands of a chef.

You were doing engineering…When exactly did the movie bug bite you?

“What is different here now is the ‘content is king’ formula is applied in a big way. Audiences are lapping up good stories.”

At that time my aim, like everybody else from my batch, was to postgraduate. My parents wanted me to do higher education in the US and settle down there because neither my father nor grandfather ever knew what it felt like to have a secure job. But when I got a job with a multinational after graduation, I realised I wasn’t cut out for a 9-to-5 routine. I knew I would not be happy doing that.

Then I began to explore as to what gave me happiness. Performing in a play made me happy, just the way playing cricket did during my school and college days. But I did not want to rush into acting. So I enrolled in Kishore Namit Kapoor’s acting classes in Mumbai to analyse whether acting still gave me happiness. Thankfully, I found out that it still did despite a rigorous schedule. Later, I joined Manav Kaul’s theatre group before working as Anurag Kashyap’s assistant director on the sets of Gangs of Wasseypur (2012) to learn the ropes of filmmaking. On its sets, I learnt many things, inc­luding work ethic, and also got to interact with great actors such as Manoj Bajpayee, Piyush Mishra, Nawazuddin Siddiqui and Rajkummar Rao.

How did Masaan happen?

I had done a film called Zubaan before I got Masaan. After finishing the shooting for Zubaan, I was travelling to Pune along with Neeraj Ghaywan (Masaan’s director) who was also an AD in Wasseypur. He showed me a five-minute promo of Masaan which he had made to pitch to producers. At that time Rajkumar Rao and Manoj Bajpayee were supposed to be doing it and it had an interesting title, Raand, Saand, Seedhi Aur Sanyasi. A few days later, casting director Mukesh Chhabra asked me whether I could come for an audition for a role in Neeraj’s film. Later I came to know that Rajkummar Rao was unable to do the film because of date issues. That is how I got the role.

Every actor faces the threat of being typecast. I’m sure you must have been inundated with Uri-like roles lately. How have you tackled it?

It happens. After Masaan, I was flooded with offers of characters from the Varanasi-Kanpur belt. They thought I was a UP boy. I rejected them all because I wanted to prove my versatility. It took me eight to nine months to sign my next movie after Masaan. So, when Anurag sir offered me the role of a drug addict cop in Raman Raghav 2.0 (2016), I accepted it because it was the polar opposite of my character Deepak from Masaan. Similar things happened after Uri too.