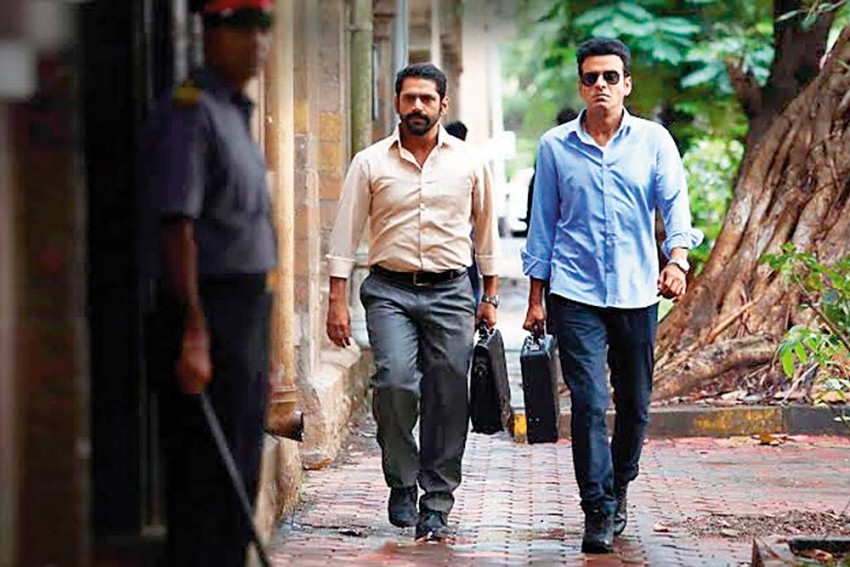 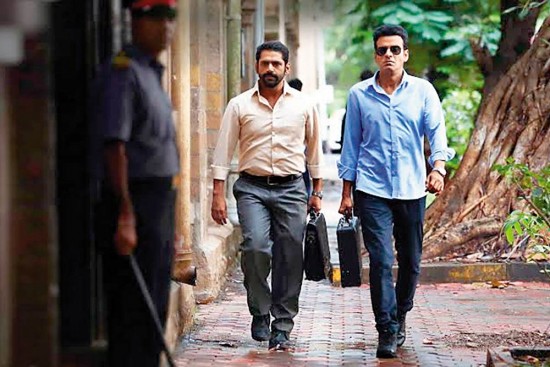 Saif Ali Khan’s career was down in the dumps with the failure of a handful of his movies in a row, from Rangoon and Chef (2017) to Kaalakaandi and Baazaar (2018), before his stellar performance in Anurag Kashyap’s web series, Sacred Games (2018) brought him back in the reckoning. Emraan Hashmi was also going through a lean phase with Azhar (2016), Baadshaho (2017) and Why Cheat India (2019) crash-landing at the box office until he came up with a web series, Bard of Blood, this year. There have been actors such as Vivek Oberoi (Inside Out/2017) and R. Madhavan (Breathe/2018) who have also experimented with the over-the-top (OTT) platforms, apparently in the face of a dearth of good opportunities in Hindi cinema lately.

Still, mainstream Bollywood actors, especially A-listers, have continued to view web series with disdain. Barring Akshay Kumar, none of them has shown interest in venturing into this territory ­regardless of its phenomenal reach.

More than two decades after Satya, Bajpayee appears to have taken his career to another level with a web series.

However, it may well change shortly with the success of The Family Man, streaming on Amazon Prime Video, which stars Manoj Bajpayee in the pivotal role. Bajpayee, 50, has been no stranger to public adulation with a surfeit of knockout performances to his credit over the years. With the power-­packed portrayal of a Marathi gangster, Bhiku Mhatre, in Satya, way back in 1998, he had hit the purple patch early in his career. But his foray into web series—more than two decades since Ram Gopal Varma’s epoch-making movie—appears to have taken his career to an altogether different level (See interview).

Its unexpected success may well give some ideas to big stars to explore this genre, which has the potential to catapult actors into ­international stardom because of the sheer reach of the ­medium globally. With major OTT players such as Amazon Prime Video and Netflix making a huge investment in Indian web series and streaming them in more than 170 countries, the world is ­finally the proverbial oyster for an Indian actor. It’s a medium that does not let talent go abegging.

Bollywood trade expert Joginder Tuteja ­believes the day is not far when all big stars will jump on the OTT bandwagon, thanks to the success of the first season of The Family Man. “I think The Family Man will do to web series what Amitabh Bachchan’s Kaun Banega Crore­pati did to television at the outset of this millennium,” Tuteja tells Outlook. “Film stars, in general, were not keen on working in television at the time but Mr Bachchan’s entry changed the scenario altogether.” 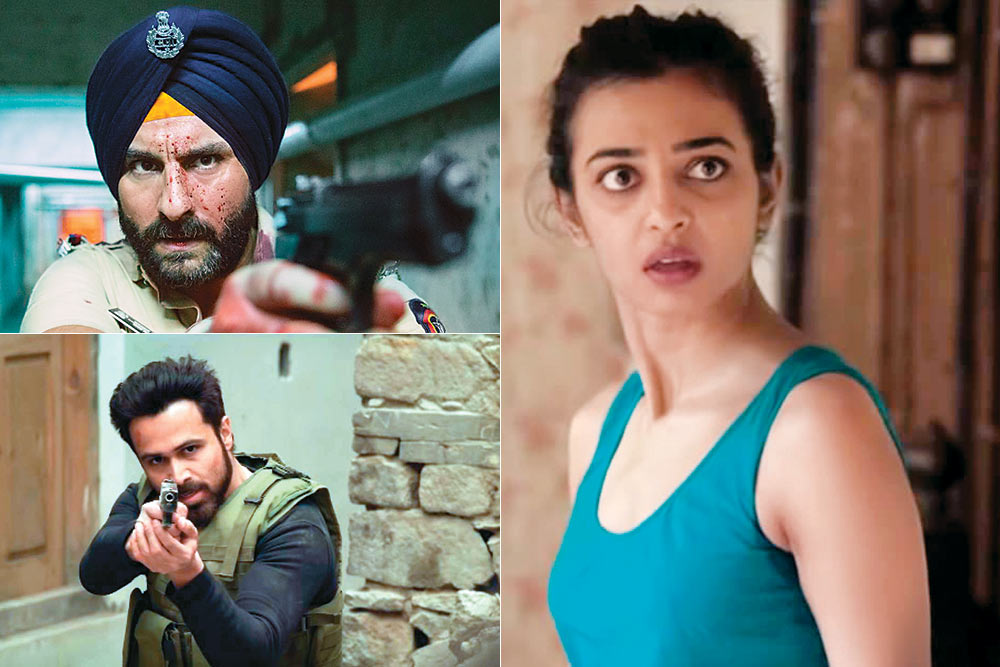 According to Tuteja, The Family Man is a big hit not only in the country but also across the world. “Already, many actors have taken the plunge. Emraan Hashmi’s Bard of Blood is the biggest Indian original series in terms of budget and scale. Nawazuddin Siddiqui (Sacred Games), Saif Ali Khan, Vivek Oberoi, R. Madhavan, and a few others have ventured into web series. But The Family Man’s success will lure bigger stars into this medium.”

As of now, the advent of web series has opened the floodgates of opportunities for ­actors as well as writers and technicians. But Bollywood-watchers believe it may not be an ideal platform for everybody, especially stars with a fixed image. Screenwriter Sanjeev Jha, who has written Barot House, a Zee5 original, says the web series has its own grammar that may not be palatable for every star. “A big star with a fixed image may not like to adapt to the demands of a web series, but this is surely an ideal space for actors hankering after content,” he says. “Manoj Bajpayee and Irrfan, for example, remain under-exploited actors even today. This medium will ­enable such actors to showcase their craft, which they could not accomplish in cinema for want of adequate opportunities.”

Jha, who had penned the script of Ekta Kapoor’s Sidharth Malhotra-Parineeti Chopra-starrer Jabariya Jodi earlier this year, admits big stars would like to embrace web series given their ­astounding reach. But at the end of the day, series run primarily on content rather than star pull.

“There is a lack of ideas on TV, films encounter censorship. Web series are a good alternative,” says Murtaza Ali Khan.

The arc of web series, he points out, is certainly bigger than cinema in terms of story-telling and time factor. “You have to be quick in web series. David Flincher (American director), for one, takes time to launch his story and character at his own pace when he makes a film like Gone Girl (2014) but when he makes Mindhun­ter (2017) for the web, he does not resort to that,” he states. “On the web, if audiences are held back for one-and-a-half hours just to help them understand the world of the characters, they will switch to something else.”

Jha has a word of caution for stars against making a beeline for web series. “There is a big challenge ahead for web series,” he says. “When something starts to be produced on a mass level, its quality goes down inevitably,” he says. “And the slip is showing. Many viewers felt let down by the eagerly awaited second season of Sacred Games.” 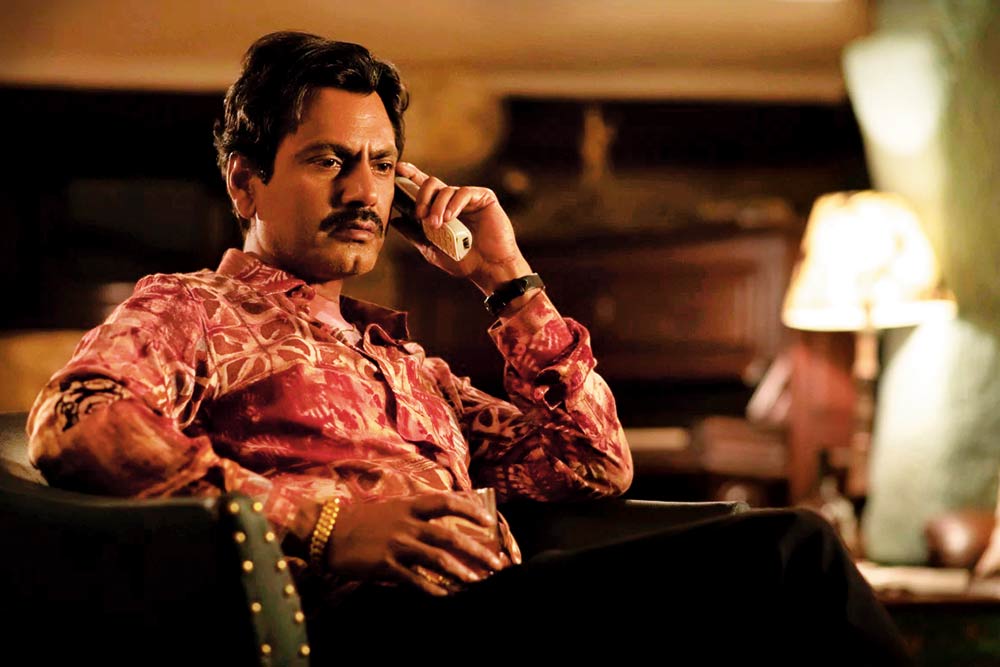 Nawazuddin Siddiqui has been popular in both web series and films

Nonetheless, there is no denying that the advent of OTT is changing the game so far as India’s ­entertainment industry is concerned. “At a time when television is suffering from lack of new ideas and films are suffering from antiquated censorship laws, the emergence of web series as a powerful alternative has ensured creative minds have a medium to express themselves,” film critic Murtaza Ali Khan says. “Over the past couple of years, the presence of big players like Netflix and Amazon has ensured the content produced for the web has the same quality that one associates with cinema. So, basically, we are talking of a hybrid new form which brings together the long-form narrative (typically associated with television) and the scale and technical quality of the movies.”

A number of leading actors have latched on to the web with the hope of exploring this new crossbreed to their advantage. “The best example that comes to mind is that of Nawazuddin Siddiqui and Saif Ali Khan in Sacred Games. The first season’s grand success shattered the scepticism of those reluctant to take the plunge,” says Khan. “Subsequently, we have had more successful series like Mirzapur (2018), Delhi Crime and Made in Heaven (2019) that drew the attention of Hashmi and Bajpayee.”

Khan asserts that since these series won all-round appreciation, it is natural that more big names from the industry might be heading towards the web soon, particularly those who feel cinema hasn’t been able to tap their potential.

The Websters: How Web Series Are Changing Dictionary of Stardom