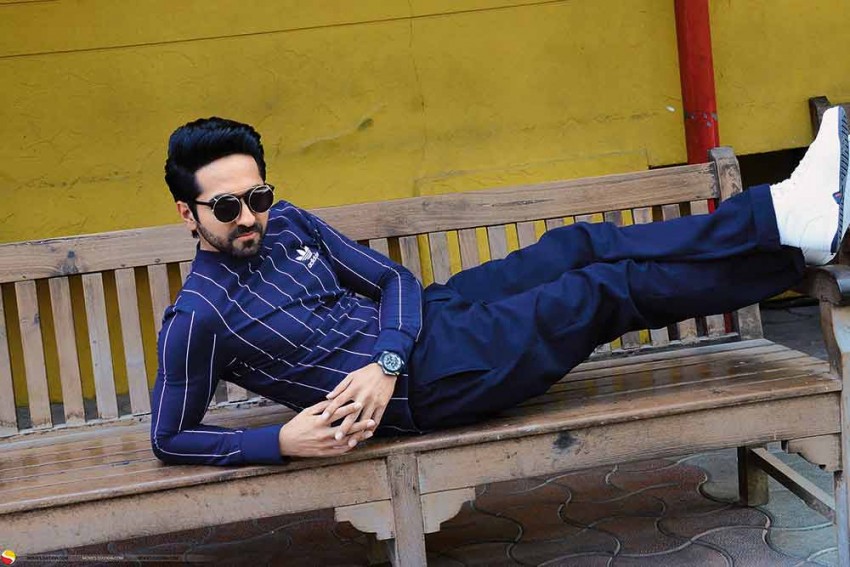 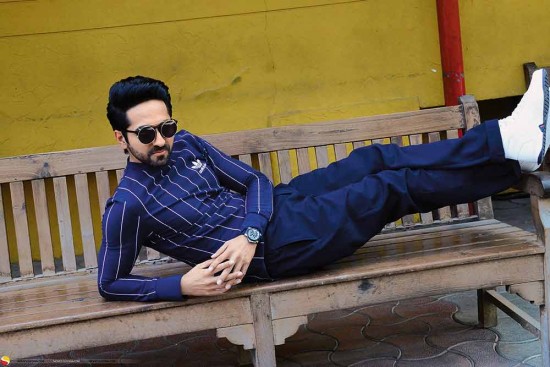 Ayushmann Khurrana has been hogging the limelight with his sensitive portrayal of an IPS ­officer in his latest, Article 15, a hard-hitting drama on caste violence. Giridhar Jha catches up with the actor to find out how he has managed to steer clear of formulaic films. Excerpts:

You have established quite a reputation for doing unconventional roles. From your debut in Vicky Donor (2012) to your latest, Article 15, how has been your journey?

It has been great. Right from my first film, I tread the unconventional path, which gave me this trajectory towards content-driven cinema. Vicky Donor was a kind of case study for 2012 as it created quite a buzz despite its limited budget. It set such a benchmark that I was actually looking for similarly unconventional scripts immediately after it. But my next three movies (Nautanki Saala!/2013, Bewakoofiyan/2014 and Hawai­zaada/2015) did not turn out to be as great as my maiden venture. It was with Dum Laga ke Haisha (2015) that the ball started rolling again. Since then, it has been all good with Bareilly ki Barfi, Shubh Mangal Saav­dhan (2017), AndhaDhun and Badhaai Ho (2018) coming in quick succession.

Vicky Donor was a turning point in Hindi cinema as it reflected a refreshing change in audience taste. Did it help that new-age audiences no longer had any qualms in accepting out-of-the-box stories and characters?

The credit definitely goes to the audiences who have developed a taste for fresh scripts. They are evolving, as are cinema and society.

What is behind this change in taste?

To begin with, today’s audiences have easy access to world cinema with the advent of a number of over-the-top (OTT) platforms. Also, the middle class could hardly afford to travel abroad in the 1990s. It is no longer the case. And most of those migrating from smaller to bigger cities are in their 20s, and easily relate to new concepts and stories. All these factors have contributed to the popularity of content-rich scripts.

Going by the number of good subjects coming your way these days, aren’t you spoilt for choice?

“At times, star power is bigger than all else, but, if you are ­consistently providing good content, the audience also has a ­certain belief in you.”

I am getting to work with great scriptwriters and directors. I am working with Shoojit Sircar (Vicky Donor director) again in his next Gulabo Sitabo. I am also doing Hitesh Kevalya’s Shubh Mangal Zyada Saavdhan, being produced by Anand L. Rai, which deals with homosexuality. I am doing Bala of Amar Kaushik, who directed Stree last year. It is about premature balding. All these scripts are topical, quirky, relevant and entertaining.

There was a time when a number of movies starring the likes of Naseeruddin Shah and Om Puri made waves, but they hardly made an ­impact at the ticket counters. Now, even the small-budget movies are doing business of more than Rs 100-200 crore because of sheer content. Is Hindi cinema finally witnessing the rise of actor-­stars in place of the star-actors today?

There is space for every kind of film and artiste. Both Simbaa (2018) and Badhaai Ho are doing wonderfully well and that’s a good sign.

So star power cannot be wished away even in an era of content-rich cinema....

You cannot wish star power away. At times, it is bigger than all else. When a formula film has a huge opening, it reflects nothing but star power. At the same time, if you are consistently providing good content, the audience also has a certain belief in you. Good content can never go out of fashion.

How have you managed so far to stave off getting trapped in a certain image?

It is perhaps due to my theatre background, which has helped me not just in acting, but also in music, writing scripts and so on. It helps you become more versatile as you get to do a variety of roles. I used to do a lot of serious roles in my theatre days, but I did not get an opportunity to explore such characters until Article 15. I am glad that I am exploring different paths through different characters.

How was it to play an IPS officer?

It was my most difficult role till date. It was dark and was playing in my mind all the time. The director and I were on the same page, sharing strong beliefs against the caste divide. It was one film I was passionately involved with all through its making.

You did a lot of television before your foray into films. Were you always clear that you would not fall in the rut of typical masala movies?

“Playing an IPS officer in Article 15 was my most difficult role till date. It was dark... And I was passionately involved with it all through its making.”

Television gave me a wider perspective. I also wor­­ked as an anchor and a journalist, getting a lot of opportunities to interview actors and filmmakers, and to review films. It gave me a bird’s eye view, more objectivity about a lot of things such as script sense and director’s perspective, and a lot of sensitivity. It was always part of my bucket list to do slightly quirky films. I got a lot of offers before Vicky Donor, but I waited for the right film from a credible director like Shoojit Sircar. I am glad I am working with him again in the upcoming Gulabo Sitabo.

You have Amitabh Bachchan as your co-star in this film…

Yes, but we have not shot together yet. We will start shooting soon in July.

Three of your movies flopped after Vicky Donor. Did you at some point have any misgivings about accepting unconventional subjects?

Success doesn’t teach you anything. Your failure teaches you, and becomes the friend, philosopher and guide in your career. I learnt a lot, and that curve was important for me. I was a bit confused when I wasn’t getting another film like Vicky Donor, but Dum Laga ke Haisha changed that.

You are a rare singer-actor of this generation. Do you get enough opportunities to sing these days?

Right now, I am in the busiest part of my life. I am shooting back to back for Bala, Gulabo Sitabo and Shubha Mangal Zyada Saavdhan. Singing has taken a back seat because of my acting assignments, but I go back to singing whenever I get time.

You are doing many films at a time. How do you switch from one character to another?

I am quite good at it. I was shooting AndhaDhun and Badhaai Ho simultaneously. But a film like Article 15 requires a lot of research and a different mindset. You have to be very careful while switching from one genre to another.

After doing such an intense role, don’t you yearn to do a typical Bollywood masala movie of yore, prancing around the trees with a glamorous heroine in your arms?

I have been a 90s kid and I would love to do that. But it has to be different even in that realm. I don’t get excited by a purely commercial genre.