Frieze On A Screen

As physical spaces are locked out, art galleries and other purveyors are taking culture online, where immediate gains are balanced out by immanent challenges 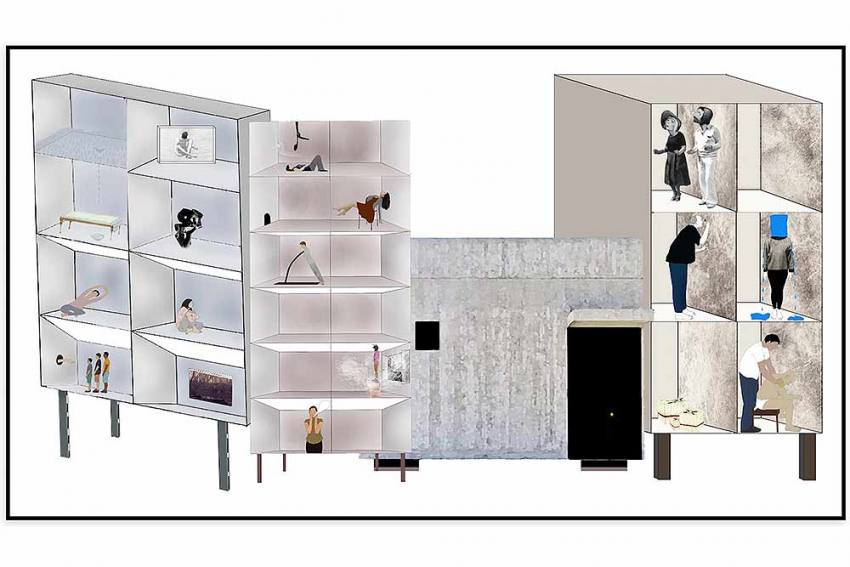 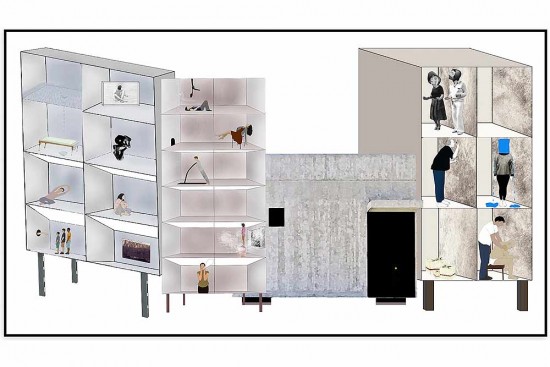 “Illness, insanity, and death…kept watch over my cradle and accompanied me all my life,” Edvard Munch, the Norwegian artist, whose art was marked by a strong sense of fatality, darkness, and despair, had observed, having lived through the Spanish flu. His Self-Portrait with the Spanish Flu made in 1919, depicts a resting man who seems to be fading away, featureless, and worn. Even his surroundings are tired and waning; it is one of the few works of art exploring what was until then considered one of the most terrible pandemics of the modern world. From the moment the ravages of COVID-19 seized India, experts rushed to strike a comparison with the Spanish flu. All sorts of models predicting the future of a post-Covid world—its impact on economy, society, education and health regulations—were developed. What sort of art would come out of the pandemic? How would it impact a possible cultural revolution? Questions which perhaps stem from the cyclical nature that pandemics have had on the creative spirit in the past—the Renaissance in Florence came on the tails of the Black Death which spread through the city in 1348; further back, the Greek tragedies followed what was considered the first recorded pandemic in 429-426 BC, known colloquially as the ‘wrath of god’.

The Spanish flu was followed by a resurgence of art and literature: major works of Hemingway, Fitzgerald, Joyce (Ulysses was published in 1922), Georgia O’Keeffe (the American painter who also happened to be a recovered patient), and French illustrator Georges Lepape, but it was rare for these artists and writers to use the pandemic as a direct subject matter. There is, as a matter of fact, very little art that dwells on the human suffering of the pandemic, only a restructuring of the market and the mediums. Looking at the impact of this pandemic, perhaps it is easy to understand why artists chose not to create a product out of their experience, and yet it left its impression on culture. Today, as the art market reinvents itself to face these difficult times, we find ourselves considering what models, if not art, can one expect out of COVID-19? Is the digitally savvy consumer native to the contemporary age a boon or a bane to art organisations?

The Italian renaissance came after the Black Death, and the second burst of modernism followed the Spanish flu.

As early adaptors to the lockdown business models, galleries have been fluidly quick in their response. TARQ, based in Mumbai and Shrine Empire in New Delhi were the first to conceptualise, curate, design, and launch whole virtual shows which could be experienced on mobile phones, tablets, and computers. With a large digitally literate audience forming the consumer base, it is as though the culture industry has finally caught up. Virtual shows which have since gained immense popularity are becoming an outlet to provide hope and encouragement--a natural first response for many creative practitioners. Resurgence, an online show exhibited by TARQ, Mumbai, could only be viewed through a virtual exhibit room. It is a commentary on the ideas of environmental degradation, acknowledging the uncertainty and stillness that surrounds us. The show received a mix of a younger, newer demographic alongside its older audience via platforms such as Instagram and Zoom. Their collaboration with Serendipity Arts Foundation, based out of Delhi, included a live conversation with artists Savia Mahajan and Sameer Kulavoor.

Undoubtedly, the digital realm comes with perks like widespread reach, new formats, and new audiences. However, the issue of critical engagement has been a recurrent problem for the cultural market, and becomes more substantial when taken online. Unlike physical space, virtual space is over-populated and saturated with a multitude of options. For instance, a live conversation by Serendipity Art Foundation has to compete with an Instagram session with Zoya Akhtar, or a Miss Malini livestream in the same time slot because of a shared audience. 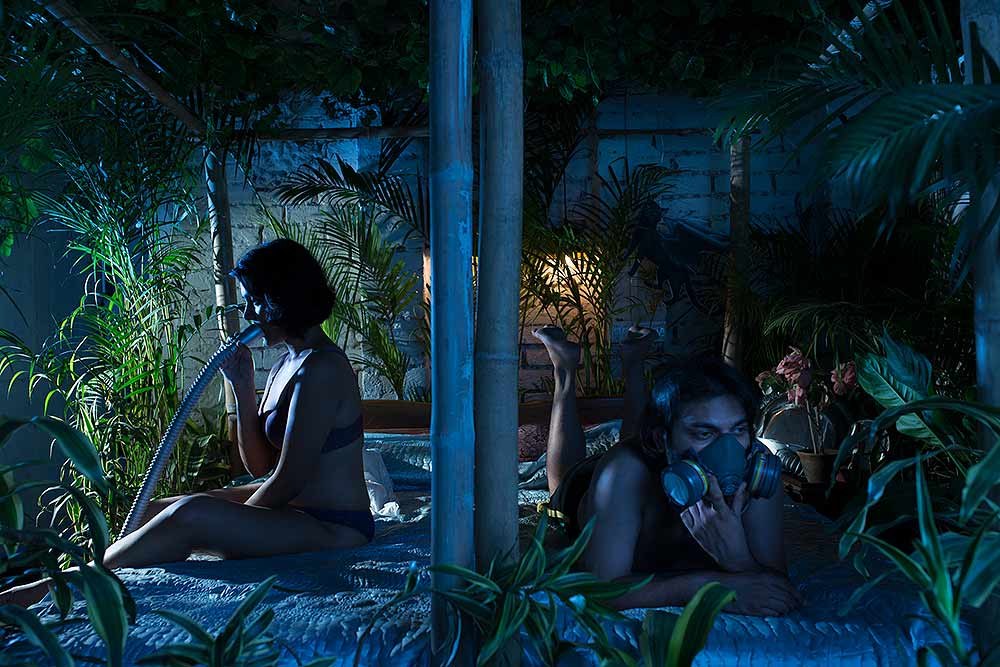 An Elegy for Ecology by Sharbendu De at Shrine Empire Gallery

“The big difference between our audience on the ground and our audience in the virtual space is that online we run the risk of consumer saturation. There are too many options vying for their attention. On the other hand, when people come to an arts festival they are there solely for the festival, committed to performances, panels and talks. The digital medium increases reach, because you’re attracting a wider demographic who can just as easily be one-time consumers,” explains Smriti Rajgarhia, director, Serendipity Arts Foundation.

Considering that digital savvy comes with short attention spans, how does one induce people to critically engage with the arts amidst a virtual cacophony of competing genres? Is it fair to place celebrity gossip on the same platform as art, film, and literature, even with the noble cause of educating first-time consumers? This seems to be the question many organisations find themselves grappling with. The sudden shift in business models didn’t help either, with many organisations much like Serendipity rushing to adapt to online programming with off-the-cuff sessions, crowd-sourced ideas, often spreading themselves thin to offer variety—­visual arts, theatre, music, and dance­—while others like Delhi Art Gallery found themselves vastly ahead of the curve. 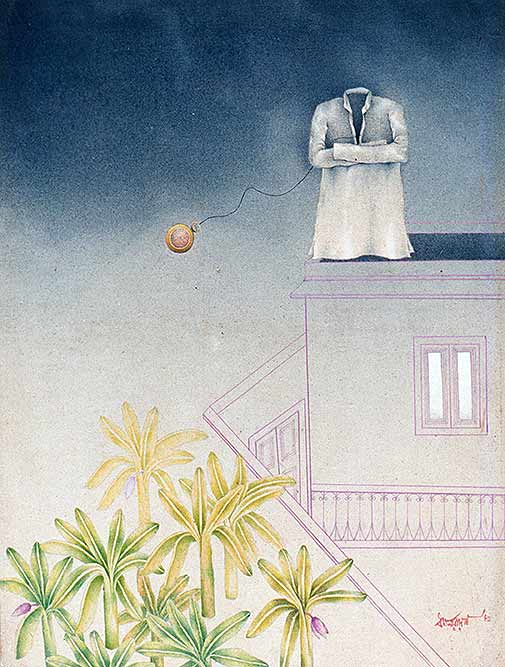 For DAG, establishing an online presence has not been a problem, as their niche, developed consumer base allowed them to concentrate on engagement, in their case through the medium of storytelling. The need to hone a predominantly virtual profile during the lockdown had the gallery taking a serious look at how information was being disseminated, explains DAG content head Pramod K.G. How does one approach active storytelling when you’re looking to scale? A recent endeavour has been their collaboration with Google Arts and Culture and The Ganesh Shivaswamy Foundation, where DAG shared two of Raja Ravi Varma’s sketchbooks with rare preparatory drawings and watercolours—works which provide new depths to the artist’s technique, available to viewers all over the world to explore at length through the Google platform.

Virtual space is saturated with opinion. Thus, critical engagement with art has been a recurrent problem.

Skipping between the real and the virtual world, exhibitors and visual content creators sometimes find themselves lost in crucial translation. The result is a less than satisfactory conveying of what one can expect in a gallery space. This was a key exploration for Shrine Empire in their show Speculations On a New World Order curated by Anushka Rajendran, which made a conscious effort towards the particularities of an online exhibition as something that differs from the process of a gallery exhibition. The 30-minute virtual show is a commentary in every form on the self-isolation and social distancing of our times, not only through the experience of it but also through the core ideas it represents. As a representation of the ‘self-absorbed’ human condition fractured by isolating existences, it presents a stark reality of the ‘now’. “The digital interface is still very nascent, but the exhibition was able to access an audience that otherwise would not have made it to the gallery. We received a large international viewership, which points towards an untapped audience we need to further explore,” says Anahita Taneja, director, Shrine Empire Gallery. 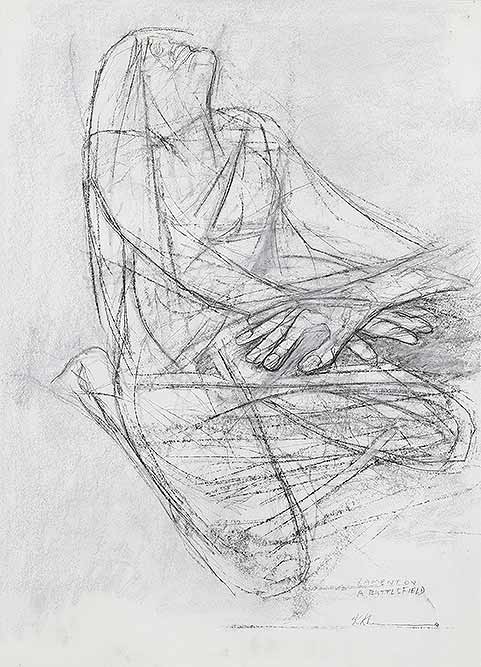 Auction houses too haven’t escaped unscathed. Saffronart has been grappling with a shift to a predominantly digital space by conducting a mix of large-scale and smaller weekly auctions, garnering an interest from younger first-time buyers and collectors, explains Minal Vazirani, its president and co-founder. “To entice a wider audience, our strategy is to play with themes and frequency when it comes to our auctions, along with our knowledge-sharing platform and discussion series,” says Vazirani. A sample of Saffronart’s virtual Dialogues in Art, which includes webinars with experts who share research on the changing ecosystem and other such relevant topics, was a discussion on Raja Ravi Varma with author Manu S. Pillai and Maharani Radhikaraje Gaekwad of Baroda. It proved to be massively popular among consumers, many of whom were first-timers.

Perhaps it is also interesting to consider if the pull towards engagement isn’t generated by the presence of young thought leaders such as Pillai, who are a touch more relatable to a new, youthful demographic. This, indeed, might be one way of bringing mass consumers to engage with the cultural market. As we chart our way forward in uncertain times, with a market that pivots and moulds itself daily, it is heartening to confirm for ourselves the knowledge that art is infinitely adaptable. We may not get art out of this pandemic but, considering that history has a knack of repeating itself, these might be the inchoate moments of a 21st century renaissance.