Nitesh Tiwari made Dangal, the most successful Hindi movie ever. Will his new film live up to it? 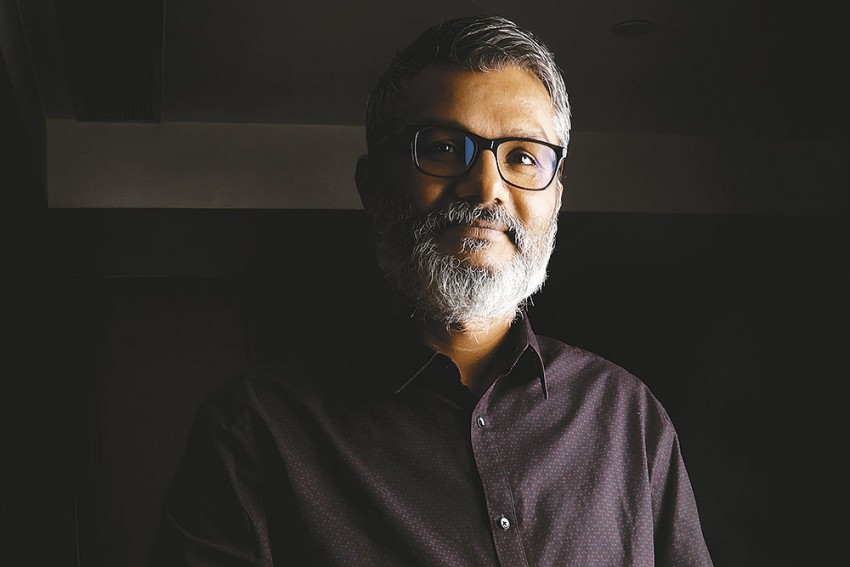 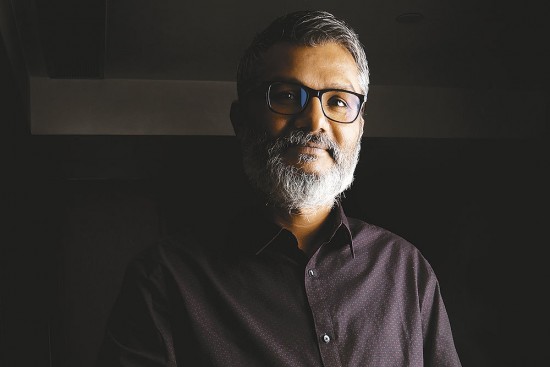 The Dangal man is back in the ring bracing for the toughest bout of his career yet. Ahead of the release of his next film, Chhichhore, starring Sushant Singh Rajput and Shraddha ­Kapoor in the lead, a gargantuan challenge to live up to the mounting expectations built up by his last movie stares point-blank in his face.

To say that Nitesh Tiwari is in an unenviable position would be no exaggeration. For he is tasked with pulling off what appears to be the near-impossible feat of replicating the critical and commercial success of Dangal (2016), the biggest hit in the annals of Hindi cinema. The Aamir Khan-starrer, a biopic of Har­yanavi wrestler Mahavir Singh Phogat, raked in more than Rs 2,000 crore at the box office worldwide, catapulting Tiwari into the spotlight. But the question ­uppermost on everybody’s mind now is whether he will be able to replicate his achievement with Chhichhore. 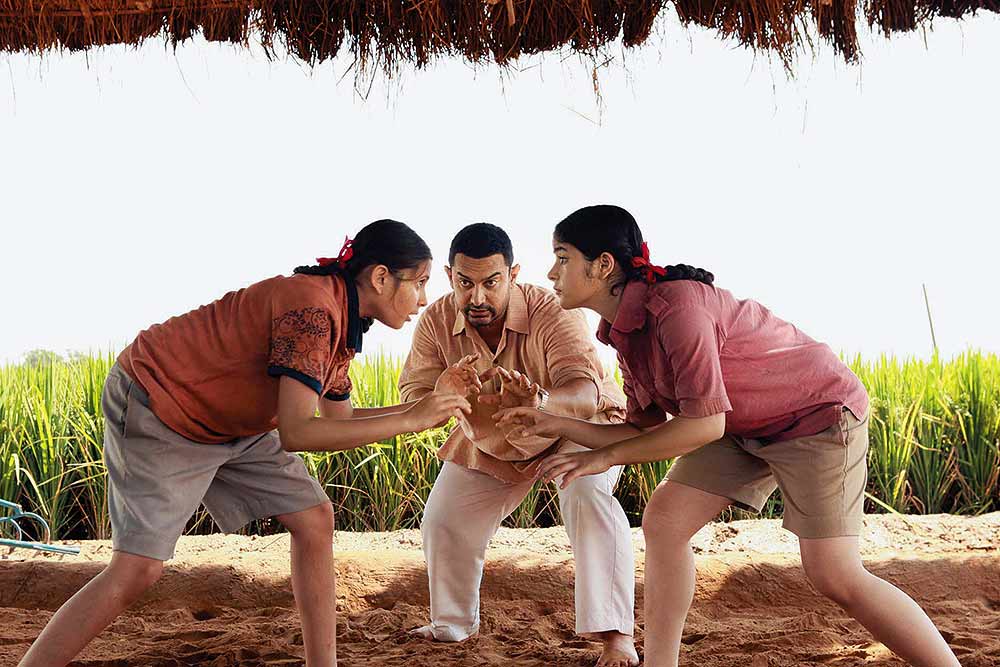 A still from Dangal

The auteur, for his part, betrays no signs of stress. “It would not be practical to take the pressure of Dangal at this juncture,” Tiwari tells Outlook. “After all, I was not the only reason behind the success of the film. There were several other factors and expecting them to get repeated with every project I work on would be rather unrealistic.”

It is not commercial success, but living up to the love and acceptance he gets from ­audiences that preoccupies him. “If I were to have any pressure, it would be about living up to the expectations people may have from me after Dangal. Every­thing else is destiny,” he says.

Tiwari, whose wife Ashwini Iyer Tiwari is also a reputed director with films like Bareilly Ki Barfi (2017) to her credit, is pragmatic enough to understand that every movie he directs cannot emulate Dangal. “You cannot live in the glory of the past. That is a very dangerous thing,” he avers. “You have to just detach yourself, be thankful for what happened and move on. “There is a set pattern about what you should do after your movie turns out to be a success, but my starting point for any film is what story I am going to tell. Once I pick a narrative, everything else such as star cast, budget etc flows naturally. I strictly go by the script,” he says. 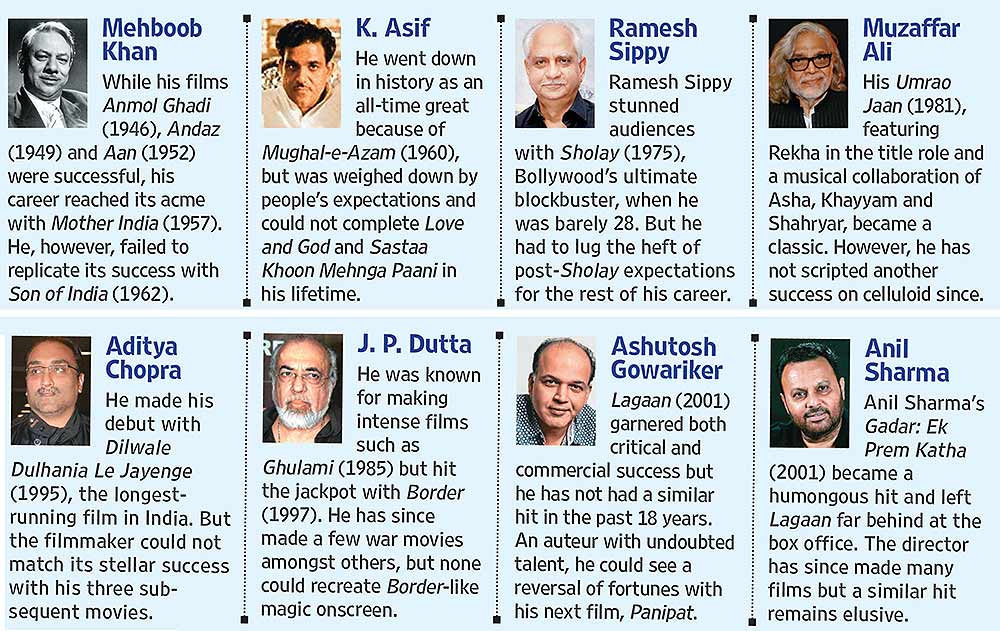 Nevertheless, comparisons with Dan­gal are bound to be made after Chhi­chhore’s release, as has been the case with grand commercial successes in the past. Ramesh Sippy, for one, could never cross the mountain of expectations which Sholay (1975), mother of all blockbusters, created on his career path. He took around five and a half years to come up with Shaan (1980), consciously steering clear of the Sholay hangover, but ­audiences rejected it. Sippy directed Sholay when he was barely 28 but he could never match up to that milestone. Even the brilliant Shakti (1982), which saw two Bollywood legends—Dilip Kumar and Amitabh Bachchan—at their best, could not help Sippy. All his subsequent movies—Saagar (1985), Bhrashta­char (1989), Akayla (1991) and Zamana Deewana (1995)—were compared with Sholay and inevitably found wanting in terms of their contents.

Regardless of his talent, this phenomenon came to be known as Ramesh Sippy Syndrome. It loomed over many an ­accomplished director who delivered a cult hit, including Mehboob Khan, K. Asif, Aditya Chopra and Anil Sharma (see box). It, however, has not stymied the careers of filmmakers alone. Many actors also suffered a similar predicament after delivering knockout performances. Amjad Khan gave glimpses of his versatility in Shatranj Ke Khiladi (1977), Qurbani (1980), Love Story (1981) and a glut of other movies but he was always known as Gabbar Singh, the dreaded dacoit he portrayed in Sholay. Similarly, Anupam Kher has more than 500 movies to his credit, including a few in Hollywood, but his performance of a retired schoolmaster in Saaransh (1984) is still acknowledged as his best. And when Manoj Bajpayee played a Mumbai ganglord in Ram Gopal Varma’s Satya (1998), a prominent filmmaker cautioned him that he had done a (Diego) Maradona. He was, of course, drawing an analogy between Bajpayee and the famous Argen­tinian soccer star who could never repeat what he pulled off at the 1986 World Cup. 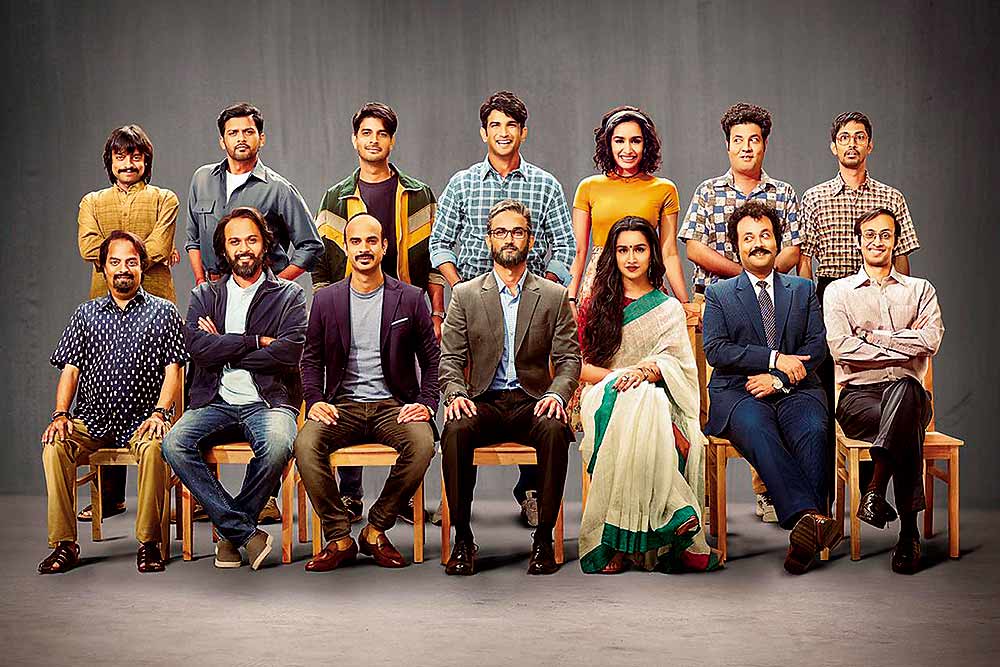 The cast of Chhichhore

Tiwari is nonetheless hopeful that Chhichhore will strike a chord with viewers. “It’s a story about friendship, which I always wanted to tell because it is based on my experiences of IIT Bombay, where I spent four years,” he says. “Some of the episodes shown in this film are so funny that they could not have been conceived unless someone had lived them.”

He, however, makes it clear that Chhichhore is not autobiographical. “You will not see me in any of the characters. I was with them as an observer but I was not amongst them,” says Tiwari, who graduated in metallurgy and material science engineering from the famed ­institute but joined an ad agency to pursue his passion for writing. He later ­became a director with Chillar Party (2011) and Bhootnath Returns (2014).

Tiwari, who is slated to start his next movie Ramayana soon, says that he wishes to collaborate with Dangal star Aamir again. “I am keeping my fingers crossed. I hope it happens sooner than later,” he says. Having worked with Aamir Khan and Amitabh Bachchan, two of the most professional actors, he says that both the stalwarts are quite similar in many ways. “Both are ­supremely gifted and their passion for the craft is unparalleled,” he says. “They still approach each of their projects with childlike curiosity and remain committed enough to give everything required of them.”

Tiwari’s latest venture, however, has a bunch of young stars. Will be able to shun the Dangal baggage and come out unscathed of what is known as the blockbuster curse? Bollywood aficionados will find out on September 6, when the film hits theatres.

The Forest Guards Of Kaziranga: Within Sniffing Distance Of Death