The Stand-Up Comedy Scene In India 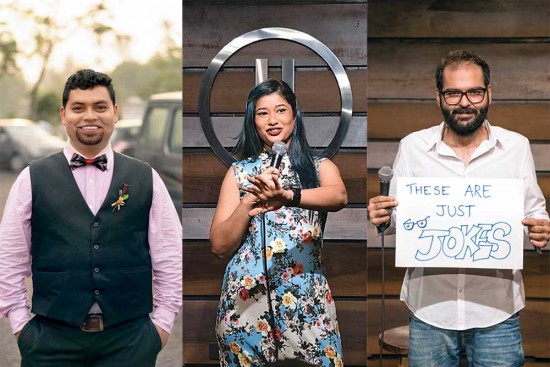 At first glance, it looked like the moment had arrived. By the end of 2017, stand-up comedy in India was on the cover of a magazine, signalling the coming of age of the industry. The stand-up game was attra­cting investors in the right places: on OTT platforms like Netflix and Amazon Prime, apart from increasing open mic schedules in venues across cities. But over the past year, this burgeoning form of entertainment is grappling with myriad concerns, ranging from sexism, non-payments and cancelled contracts.

The stand-up scene in India is still not a formal one. Comedy companies and collectives show vulnerabilities, and can leave the comic in a lurch. Take Canvas Laugh Club (CLC), for instance, that became a main venue for stand-up after Comedy Store—one of the earliest comedy companies that came to India in 2010—closed down a couple of years after beginning operations. Comedy Store and CLC were game-changers when they started. They gave comics an opportunity to make money, and the payments did get better with time. But in recent years, CLC has been faltering. “They started defaulting on payments massively,” says a top comedian. “I cut ties with them four years ago because I wasn’t okay with not getting paid.”