In conversation with Arun Karthick, whose movie ‘Nasir’ won the NETPAC award at the International Film Festival of Rotterdam (IFFR) 2020 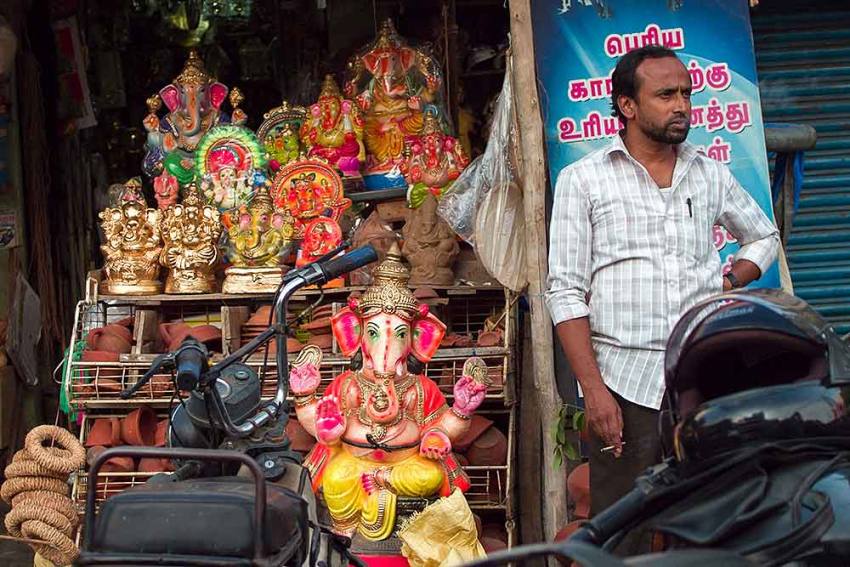 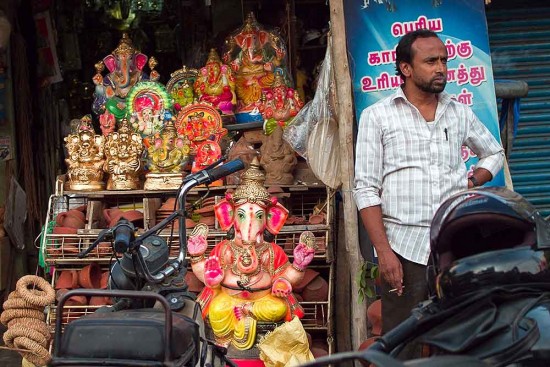 Nasir’s eponymous protagonist writes poetry and endearing love letters to his wife. He is a Muslim salesman trying to negotiate his straitened circumstances as sectarianism simmers in Coimbatore. Its 27-year-old director, Arun Karthick, stayed in a Muslim neighbourhood for three years to get the right texture and flavour for the film. Nasir’s world premiere is at IFFR 2020, where it has won the NETPAC award (best Asian feature film). At his hotel close to de Doelen, the main festival venue, Arun talks about the making of the movie, its unique stylistic devices and how he taught himself filmmaking.

Your encounter with a violent mob planted the idea for Nasir. Could you talk about what happened?

In 2016, I opened a coffee shop in a market in Coimbatore. A mob of 700-800 people went on a rampage. They pelted stones at shops along a 2-3-km stretch of the street and broke windows and glass doors. My coffee kiosk also happened to be on that road. It was crazy! That’s when I realised the nature of a mob—it’s just wild people going berserk, nothing else matters at that moment. I had run the kiosk for 20 days before the incident happened. It was taking too much of my time. I did not enjoy it and was wondering how to close it—that mob closed it for me and opened the door to a film.

You stayed in a Muslim locality in Coimbatore while making the film.

After the 2016 riots, when I decided to make this film, I rented a place in the Muslim neighbourhood even though I am from Coimbatore. Some years ago, there had been bomb blasts on that street, which affected Hindu-Muslim relations. I wanted the film to be set there because the short story on which it is based—A Clerk’s Story by Dilip Kumar—is also set there. Living there for almost three years helped me scout locations and get the right texture and flavour for the film. Besides, the people there were not quite accepting of cinema. So I mingled with them, told them I was writing a story that I might turn into a film. Once they got to know me, it was easy to check out houses and shops where we could shoot. Considering that we were shooting the film in 20 days and the area is extremely crowded, we needed to have a good understanding of the space. We did not have the bandwidth to block streets like regular film shoots, so we had to be as invisible as possible.

In Nasir, you barely see the fundamentalists, but hear them everywhere. They are almost like gods—omnipresent.

That was the case with the short story too. In everyday life, you cannot point who is an extremist, they are everywhere. You cannot single out someone unless they say or do something. A mob gets formed in an instant—like-minded people come together, do whatever they want and disperse. The friend I’m working with could be mobilised by a mob in the spur of the moment. Singling out someone and creating antagonists out of individuals would make for a different kind of film, a thriller perhaps. That would be totally against the nature of the story and the truth of the character. Each moment, Nasir doesn’t know what is going to happen next. We know the mob exists all around, but only when the protagonist encounters the mob, should the viewer see it too.

You have worked with cinematographer Saumyananda Sahi and editor Arghya Basu on your first film as well. How was the experience of collaborating with them on Nasir?

It was fascinating. We started talking about the film as soon as I started writing it. We did not want to make a hero out of Nasir, but at the same time, wanted to show some of his simple qualities that are not much talked about. We discussed how to construct his ordinariness. A lot of interesting conversations ensued, especially about what freedom means. Sahi said freedom is choice and agency, while Basu argued that freedom means choosing your battles. Discussions like these helped us choose the camera. We used a Digital Bolex, a limited-edition camera that has to be worked a certain way. There are many difficulties in shooting with it, but Sahi felt there must be some negotiation between the method and the tool. This helped us create the reality of the film. We had many such conversations about the sound, the spaces we would portray and how our protagonist would traverse the different spaces. These discussions gave us insights into how we see the film and how we want others to see it. 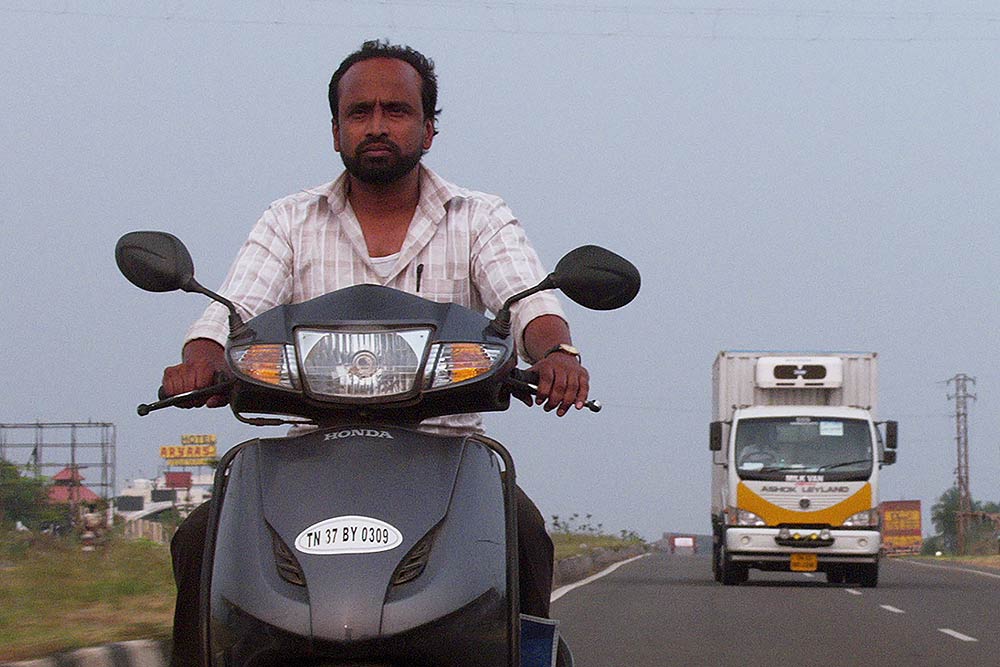 Mono sound, 4:3 aspect ratio and other such technical aspects make Nasir stylistically unique. What was the reason behind these creative choices?

The moment I began imagining the film, I could see it only in 4:3. Incidentally, when my cinematographer read the script, he also felt the aspect ratio should be 4:3. Every film I make, I start by thinking: how do I see the film?

I wanted a ‘psychological’ sound design—not added sounds to evoke feelings, but using the sounds within the frame to convey the character’s psychological reality. It was my sound designer who suggested we use mono because it minimises distractions in terms of spatial spread. Even though we only recorded the ambient sound, the audio was attuned more to how the character perceives a sound rather than how it sounded in that space. 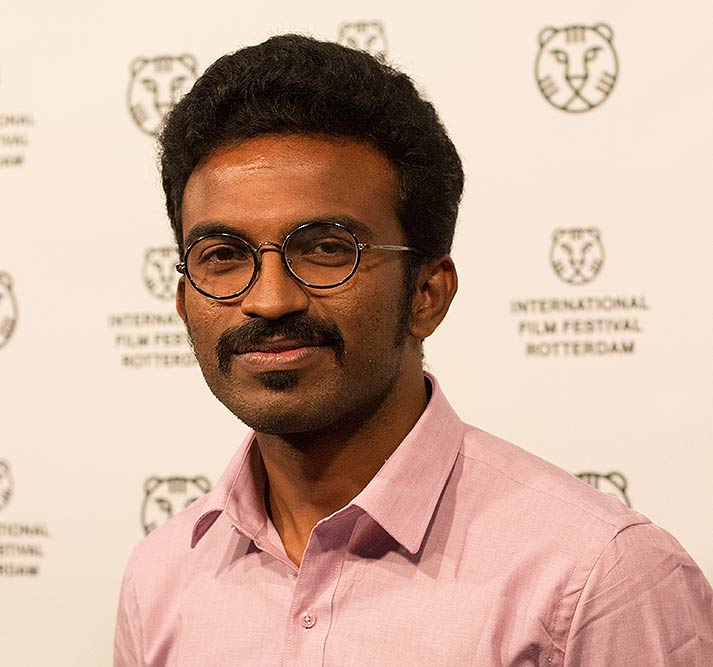 How did you cast for the film?

The protagonist, Koumarane Valavane, is a theatre director based in Pondicherry. A friend recommended him to me. The moment I googled him and saw his picture, I knew I had found the actor to play Nasir. Later, when we met, I really liked him because he is intelligent yet simple. He has translated Victor Hugo and Baudelaire from French to Tamil and is a professor of physics at Marseille University, yet is quite modest. The female protagonist, Sudha, had never acted before. I knew her from Konangal Film Society, a film club in Coimbatore. She is very charming and kind, and I found her face apt for the role.

For other characters, we did casting sessions in Coimbatore, Madurai and Chennai. A lot of fresh faces came to give the audition. For the kind of film Nasir is, we would have to constantly work on the acting on location, so rather than their acting abilities, I chose them depending on whether they looked like the character I have in mind, their personality and behaviour.

Did you do any workshops with the non-actors?

No, we jumped into shooting directly. We had an orientation for a day so that everybody could get to know each other. I just briefed them about what kind of film it would be. They had no idea about alternative films, they had only seen mainstream ones. So I told them how we would work and that there could be days we would shoot just one scene. I told them not to extend themselves too much—they just had to understand their role and be fresh enough to do it. Most of them thought acting was about expressing everything, going overboard with emotions.

Did that result in a lot of retakes?

Yes, but I find that nice. In retakes, you find something that you might not have thought of earlier. Sometimes, it helps get certain lines right. Even when there is no dialogue, it helps with the look and subtle expressions. Whenever we had long takes and multiple characters, there would be quite a few retakes, but mostly, all the characters we chose did well. There was no problem as such. 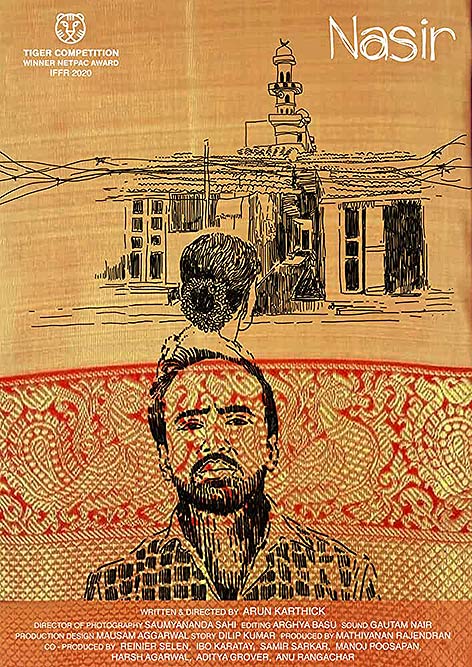 What was the most challenging aspect of making Nasir?

Creating the mis-en-scene we wanted in crowded places. The police did not permit us to shoot in the locations we sought since those streets are volatile, but we shot there regardless. We had very little time, but that did not mean we would accept any take and go. We put a lot of thought into the shots and mis-en-scene, but at the same time, we had to be fast because we were illegally there. In any case, once people realise you are making a film, everything goes for a toss.

How did the collaboration with IFFR come about?

My first feature, Sivapuranam, premiered internationally at IFFR in the Bright Future section. When I came here for the screening, I found out about the Hubert Bals Fund (HBF), IFFR’s filmmaking grant. When Nasir’s story treatment was ready, I applied for it and was fortunate to get it. After we received the fund for writing, we were invited to BoostNL, IFFR’s programme to boost some of the films selected under HBF. That is where we found our Dutch co-producers. They again invited us to CineMart, where we found our Dutch distributor. It was nice of them to believe in my story, that something good could come out of it. They supported us and now we are back at IFFR 2020’s Tiger Competition. Thanks to the co-production, we did the sound mixing and colour correction in the Netherlands. That helped us get an edge in terms of the look, texture and sound of the film. So IFFR has played a huge role in this journey.

You did not go to film school. How did you learn filmmaking?

Anand, the secretary of Konangal Film Society, gave me lots of movies. I read about those films on the internet, how they were made etc. When I was 17, I shot a short film. I realised then that cinema is praxis—you learn only by doing it. Talking, watching and making films are three different activities. Some might be good in all three, some just in one, but you shouldn’t confuse these. Just because you can understand a film does not mean you can make one. I always go out and shoot. That helps me understand how cinematic reality evokes things, how reality is transformed within the sacred four corners of the frame and how space and time interact on screen. Making a film is a very practical way of reflecting on the world. You transform a thought into something physical. There is no way somebody can tell you how to do this, which is what film schools try to do. That is why I was never interested in joining one. To become a filmmaker, you just have to make films.

So are you a full-time filmmaker now?

You can’t support yourself making these kinds of films. So lately, I have been teaching direction at L.V. Prasad Film and TV Academy for 10 days a month. I try to keep things practical for students. Instead of classroom lessons, we shoot. I avoid the things I dislike about film schools. I don’t see myself as a teacher, but as a filmmaker exploring films and sharing that exploration with a bunch of other filmmakers. Besides, I love taking classes because it gives me an opportunity to study and read.