With imported and premium Indian wines now the tipple of choice of the well-heeled, the segment is poised to boom 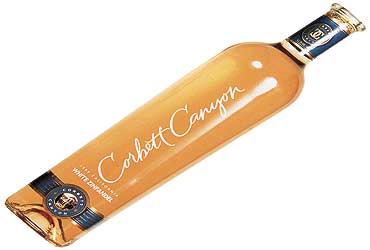 Delhi businessman Rohit Sharma, 50, is off Scotch. He prefers red wine. Sharma made the switch from Johnnie Walker a year back and claims he is healthier for it. "Did you know that red wine helps reduce bad cholesterol?" he asks. Well, it does. Two or three glasses a day can sure go some way in keeping the heart specialist away. While the average alcohol content in a bottle of wine is between 10 and 14 per cent, whiskies stand at more than 40 per cent. And today, more and more urban tipplers are slowly but surely waking up to this truth.

Health considerations apart, it is also increasingly becoming fashionable to serve and drink wine. For the swish set, at least, guzzling Scotch at a party isn't considered that hip anymore. "Wines have a lifestyle appeal. They can become a talking point. You can talk about wines from California, Australia.... But what can you say about McDowell No. 1," asks Aman Dhall, executive director, Brindco, distributors of UB and McDowell brands and, more recently, importers of foreign wines.

The wine market in India is only about a decade old and it was largely created by domestic producers. Yes, there is something called Indian wines and they are quite popular. The largest producers of Indian wine are the Mumbai-based Champagne Indage Ltd and Grover Vineyards Ltd, together with Sula Vineyards of Nashik. And both Indage and Grover's even export their locally-produced wines. Grover Vineyards this month became the first Indian wine producer ever to send a consignment to wine kingdom France. "Only when wines start being produced locally can a domestic market exist. The wine revolution began in India eight to 10 years ago," says Kapil Grover, director, Grover Vineyards.

The size of the local market for wines is about 4 lakh cases and the popular brands include Grover's Red, White, Rosé and La Réserve and the Indage brands Riviera, Chantilli and the sparkling wine Marquise de Pompadour. The Golconda, Vinicola and Port and Goa wines also come under the wine category but aren't considered "pure wines" as they are not fruit- or grape-based. "They are molasses-based and hence have a high alcohol content. In the wine-making process, alcohol is but a byproduct," says an industry analyst. While cheaper wines like those produced in Goa sell for Rs 100-150, the premium ones from Grover's and Indage retail between Rs 300 and Rs 500.

The market for imported wines, shipped in largely from France, California, Australia and Chile, has also grown and stands today at approximately 72,000 cases. This market depends almost wholly on institutional sales. With the opening up of the market from April this year, imported wines will now be sold in retail outlets as well. But given the pathetic retail environment for the sale of alcoholic beverages, many wine importers and producers are hesitant to place their stocks there. Says Ashwin Deo, managing director of champagne- and cognac-maker Moet-Hennessy, which now imports wines into India, "How you store wine and champagne is very important. The right temperature conditions are necessary, so we are going to be very focused and selective about where to place our portfolio of products." Boutique outlets that only sell different types of wine, cognac and champagne are being touted by the industry as the only way out. Till this happens, most domestic wine producers and importers are largely concentrating on hotels and restaurants.

In their effort to popularise wine drinking, the wine fraternity over the last two to three years has relied heavily on wine appreciation sessions. A few select guests are invited—the seen-it, done-it set—for lunch or dinner and are taken on a journey through, say, Burgundy in France by a wine-maker flown in specially for this purpose. From vine to wine, they are educated about the wine-making process and told about what wine suits what cuisine. And in most cases, the majority of the invitees are women. Says Deo: "Women are still grappling with the best drink to have. They don't enjoy whisky, beer is too heavy. They're quite amenable to wine." The penetration level of spirits among women in India is less than 1 per cent and wine producers see a big opportunity here.

The low alcohol content coupled with a "sweet" taste makes it the ideal drink to be targeted at women initiates. The wine drinking culture owes a lot to the Bacardis and Smirnoffs which actually created the white spirits market in India and made women move from soft drinks to gin and vodka in mixed forms. "Women today are looking for an alternate to gin and vodka. Since they are graduating in taste, they now want something more exciting, tangible and palatable that does not give them a hangover and wine is the perfect choice," says Dhall.

Though brown spirits still constitute 88 per cent of the market with white spirits around 12 per cent, the progress is good given a zero base five years ago. And wine producers are looking to eat into the white spirits share of the total spirits market that stands at about 70 million cases. The wine share of this today is under 1 per cent. But the average growth for the domestic market has been almost 30 per cent in the last couple of years. Says Grover, "We have been growing at 20 per cent and our growth has been restricted more by production than the market." From the time of planting, it takes at least three years to bear fruit and though Grover's, for instance, is increasing planting by 20 hectares a year, the market demand is probably for more. Most producers say they sell what they produce. Says A.B. Shah, managing director, Champagne Indage, "We are growing annually at 40 per cent but there is a pressure of stocks to feed the market. Today, 60 per cent of all wine sales in hotels comes from Indian wines. This from zero five years ago."

And this percentage might go up given the whopping increase in duties post the lifting of quantitative restrictions. The import duty—130 per cent till April 1—has gone up to over 267 per cent due to additional duties of between 75 and 150 per cent. Add to this state levies like special fees and sales tax and the end price becomes quite unaffordable. For example, a Bordeaux superior wine that sells for $8 in Paris will retail in India for not less than $25. Given this "irrational" duty structure, the market is all set for a fall in sales in the next couple of months. But the grey market will more than make up for the loss in legitimate sales, feel insiders. "Imported wine will sell in the Indian market for Rs 600 upwards while the bootlegger can offer the same for Rs 300. So thanks to the bootlegger, the imported wines market will show a marginal growth rather than a negative one," says an importer who himself, at times, is forced to source from a bootlegger.

The Indian market is today flooded with a variety of wines from all over the world. While the French wines continue to hold their place of dominance, the new kids on the block are chipping away at that pre-eminence. Says Dhall, "In big hotels today, 50 per cent of the wine list comprises Chilean, Australian and Californian wines." Wines from these areas are less complex with low "tannin" which means they don't leave an acidic taste in the mouth. They blend well with Indian food and are more suitable to hot weather. The French wine-making process is still deep-rooted in tradition while in the US and Australia the focus of the wine-makers is to adjust according to consumer needs.

The Asian wine market is still very small. Asia accounts for only 3 per cent of the total wine consumption in the world. And the Indian share here is minuscule. But local wine producers as well as importers are hedging their bets on the future. Importers are optimistic that once the government experiences the (wine) business, it will bring down duties. In the coming decade, they hope India will move far away from the impression that India consumes more Scotch than produced in Scotland.