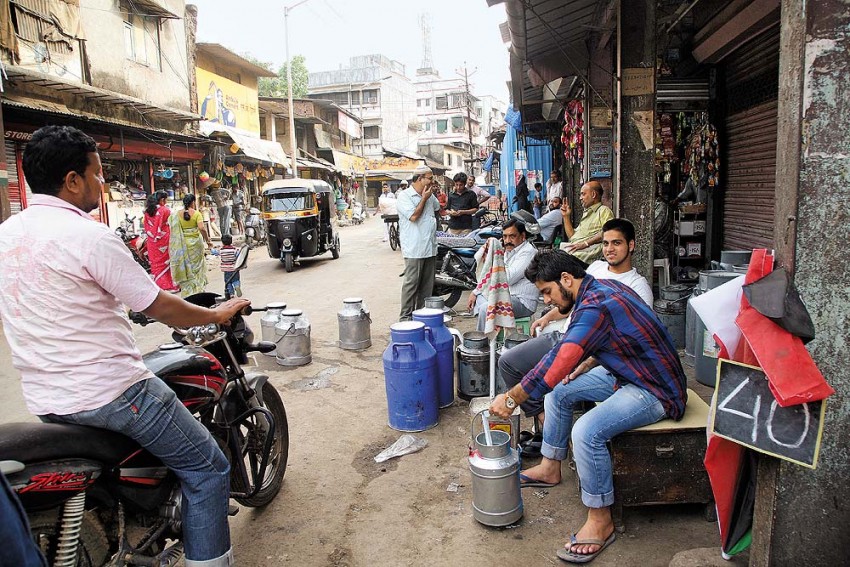 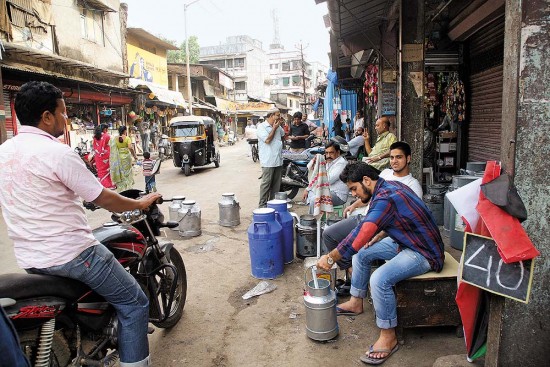 Late afternoon at Doodh Bazaar, the daily ritual of queuing for fresh milk from the nearby tabelas (stables) gives no indication of sinister undercurrents, if any. Or that four youths who lived here disappeared on a supposed religious trip to Iraq in May, reportedly to join the ISIS. Or that one of them, Areeb Majeed, presumed dead in August, has returned to India and is now in the custody of the National Inves­tigation Agency.

Several thousand Muslim families have been living in and around Bail Bazaar, Ghas Bazaar and Doodh Bazaar for decades. Some say Muslims have been in Kalyan for over three centuries. Stories of communal harmony between Marathi-speaking Hindus and Muslims are aplenty. Even when riots took place in neighbouring Bhiwandi, Kalyan stayed calm. So how was it that this middle class, largely peaceful neighbourhood raised four boys who were indoctrinated enough to enlist with the most successful terror group today in West Asia, the ISIS?

Areeb returned to India on November 28 from Turkey with the help of Indian authorities. A criminal case under Section 125 of the IPC (waging war against any Asiatic country India is at peace with, punishable with a maximum sentence of life imprisonment) has been registered against him. The other three youths who  had gone to Iraq, Aman Tandel, Saheen Tanki and Fahad Sheikh, are still missing. Some say they call home once a while. The state ATC too is investigating.

Their families are reluctant to speak. “The case is under investigation. Whatever you have to know is already out in the media. We cannot meet,” says Ejaz Majeed, whose phone is later answered by someone else, who says Majeed is out of town. The security at his residential complex has also been instructed to rebuff the media. “Initially, they spoke to the media, but the families felt that stories that came out were half-truths. They are worried that their children will be branded. They are in depression and lost,” says a resident.

“Would any parent allow their child to go if they had any inkling? These are well-educated children, who received good schooling (implying a ‘convent’ education, not a madrassa one) and studied engineering. Parents are professionals. They are religious, but haven’t ever killed a mouse,” says Iftikar Khan, a relative of Fahad Sheikh. He is intrigued by the case, which, as of now, is of three missing boys who are said to have joined a militant outfit on foreign soil. Unlike in other terror-related cases, where after, say, a bomb blast, seizure of explosives is common, this case is different, says Iftikar.

When Outlook called Naeem Tandel, father of Aman Tandel, he responded with great caution. “You want to speak about the community or the case in particular? Everything was okay earlier and everything is okay now,” he says cagily.

However, the community members are more outspoken, though they won’t comment on the four homegrown ‘jehadis’. Some say the boys were ‘different’ from other youngs­ters and were more religious. Some say the internet has played a far bigger role than previously estimated. “I don’t think anyone has found any radicalising or indoctrinating elements in Kalyan. Problem is, inflammatory pictures and speeches get circulated on the net and mobile phones influence youngs­ters. Those images are very powerful,” says a local businessman. He also treads the risky path of attributing it to “outsider Muslims from UP and Bihar”. “Parents are keeping a check on their children’s whereabouts and we understand,” says a young girl.

However, some talk about perceptions of discrimination against Muslims and how that may lead to such incidents. References to Mohsin Shaikh’s murder in Pune after the alleged Facebook controversy come up. Ironically, the Muslim communities in Pune and Kalyan have close links to the Shiv Sena, speak Marathi and do business with Hindus most of the time.

“Over a period of time, I shall say since the 1990s, things have gotten worse. For example, since the reservation for Muslims was declared, it has become hard to get certificates. They turn us away under minor pretexts. It is not about our neighbours. It is about larger governmental attitude,” says Saad Kazi, who runs two schools in Kalyan and proudly speaks of his deep friendships with Hindus. “Our generation did not allow politics to get into our relationships, but times are different now. And we will have to make more efforts, since we are the younger brother.”