There's much of Fleming in 007, including amorous pursuits and stunning love nests 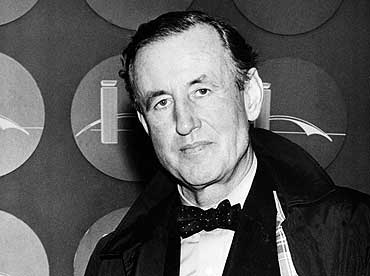 His mother, a widow, pursued her eccentricities and a desire to have a daughter, by conceiving a child with Augustus John, the painter. Apart from a daughter, John bequeathed her many portraits. She also interfered in each of Ian’s many early love affairs—and possibly in those of her other sons—with a charming and illogical finality. All this leads us to two conclusions: the book is an automatic choice for a grand period costume film with charming rakes and amorous ladies displaying daring cleavage; and the scene is set to imply the similarities between Ian Fleming and James Bond the spy, the seducer and ruthless servant of the Queen. But Lycett is more successful in establishing the beginnings of Fleming as a writer. Clearly, James Bond is one of the longest-surviving movie characters based on fiction writing, whose longevity consumed four actors and produced millions in profit.

Fleming’s amorous pursuits while trying to find himself between resigning from Sandhurst and joining the Naval Intelligence Division (NID) were set in stunning locations, each of which became the setting for later Bond novels. Dr No’s predilection for Switzerland as his evil hideout comes from Ian’s many liaisons in Swiss ski resorts. His first boss at NID, Vice Admiral Godfrey, is still remembered by old-timers of the Indian navy as the Flag Officer, Bombay, at the time of partition. Ayub Khan incidentally was the only one in Fleming’s batch who went on to bigger if not greater things.