SMSes, candlelight vigils, online petitions —the new way to participate in a protest 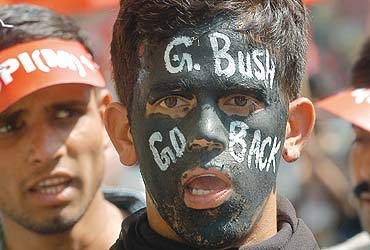 outlookindia.com
-0001-11-30T00:00:00+0553
The trend began in February. As news of the acquittal of all the accused in the Jessica Lall case spread, middle class India did something new. They reached for their cellphones and text messages flew from mobile to mobile as people tried to mobilise mass support for a public outcry against this mockery of justice. A crowd gathered at New Delhi's India Gate and held a candlelight vigil, a la Rang De Basanti. Thousands of people from across the nation sent overpriced SMSes to four-digit commercial numbers in protest. Here was the beginning of a new form of public protest in India—agitations conducted from the comfort of an armchair.

Old forms of protest were not so comfortable. They demanded that politicians identify issues and expound on them to the public, and that masses of disaffected people—factory workers, farmers, labourers—hit the streets shouting slogans and brandishing placards. Cities were paralysed with crowds jamming the streets and public transport workers uniting with them. Marches went to the heart of where the rich and powerful worked and played—Delhi's Boat Club, the Maidan outside Victoria Memorial in Calcutta, Hutatma Chowk in Mumbai.

Apart from the comfort factor, there are three easily identifiable shifts in the nature of public protest. First, the middle class is far more involved than before. Second, while media coverage did matter before, it is paramount now. Protests are planned so as to attract as much of it as possible. And finally, trade unions and political parties are nowhere on the scene now—NGOs have taken over as the standard-bearers. Like Youth For Equality, a coalition of students and activists concerned about reservations based on caste or religion. On July 23, they held "nationwide" protests against what they believe are the UPA government's populist measures. But they weren't searching for hordes of people to hit the streets with. That's passé. Instead, they publicised the events on e-mail, blogs and collected donations on their website. 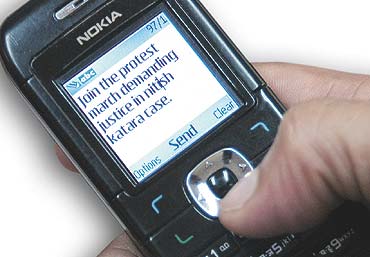 In their drive for publicity, these new forms of protests are becoming more inventive. Face painting and artfully designed placards make for striking images on the TV screen and photofeatures in the media. If celebrities can be roped in, it almost always ensures a front-page photograph in leading daily newspapers, and TV coverage by news-hungry 24x7 channels. Last week, for example, the presence of actors Anupam Kher and Roshan Seth in the protests in Delhi about the Priyadarshini Mattoo case, against the backdrop of the telegenic Jantar Mantar, gave the cause enough (much overdue) airtime. In May, an SMS and e-mail campaign resulted in a 'Black Friday' being observed in Hyderabad. Techies backed engineers and doctors protesting reservations in the capital, and 40 per cent of the workers in Oracle, a leading software multinational, wore black shirts. Other employees across the software industry also took part. Token though it was, this protest received coverage in national dailies.

One of the great stalwarts of old-fashioned protests in India is former Union defence minister George Fernandes. He built himself a successful political career by being in constant agitation mode and has little time for these new-fangled modes of protest. "This is action for the sake of it," he says. "It will hardly get you results. Action which is not forceful can never change anything. Lighting a candle will never have the same effect on policy that protesting masses will have," he says, adding, "We used to play the role of a dog—bark when we saw something wrong and even bite if we thought it was necessary. Nowadays the dogs only whine."

With mass mobilisation and party politics getting divorced, the great struggles are no longer associated with political parties or even trade unions. Professor Shiv Visvanathan, senior fellow at the Centre for the Study of Developing Societies, Delhi, says, "With Naxalite and terrorist aggression, peaceful protests now look effete and defeated. Motivated groups realise that protests today are a TV and newspaper event and use more efforts at lobbying the media than protesting." 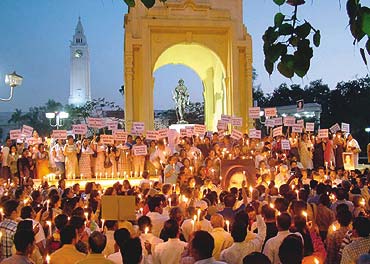 It also seems that more and more protesters are getting professional assistance in wooing the all-important media. A leading executive at one of India's top publicity management companies told Outlook: "We get many requests from various political organisations and demonstrators to help with these kinds of events. But we prefer not to get involved with protesters who might not be able to pay, or who will flex their political muscle at the drop of a hat!"

However, he hinted that other firms were not so choosy, and did stage-manage protests if the price was right. These companies have the knowledge and experience to ensure that the public gets the message, nuances and all. They can also guarantee a high turnout of television and print media, using their well-oiled publicity machinery. The doctors' anti-reservation agitation was said to have been stage-managed by an event management company.

Then where does this leave those groups that do not have either the political awareness or the financial support to rely on publicity firms? During the storm of media reports around the anti-quota issue, while student doctors and engineers garnered all the headlines and front-page photographs, it was rare to see any coverage at all of the demonstrations carried out in favour of quotas for OBCs. Says Viswanathan, "OBC protests got a raw deal. They looked simply uninspired, while, on the other hand, one looked forward with ghoulish interest to the doctors' protests. It was as if we were expecting to see the drama of another Rajiv Goswami setting himself on fire."