The DMK founder's son offers a study in contrast 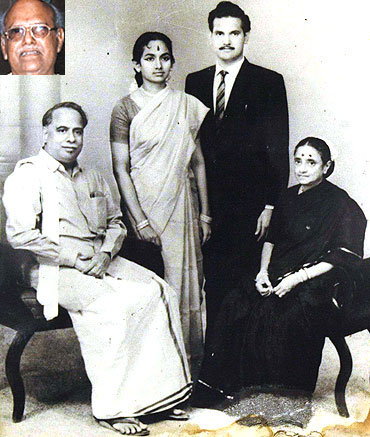 outlookindia.com
-0001-11-30T00:00:00+0553
Even as we discuss the sons and daughters of Karunanidhi, the life of C.N.A. Parimalam, son of DMK founder C.N. Annadurai, offers a study in contrast. A government doctor, Parimalam committed suicide by jumping into a well in Chennai’s Nungambakkam area in March last year. He was 67. He is said to have ended his life because he was worried about the expenses his family was incurring for his heart ailment. The high ideals Parimalam had imbibed from his father forbade him from seeking financial support from either of the two big Dravidian parties that live off his father’s legacy.

With a deified figure like Annadurai as a father, it would not have been difficult for Parimalam to make a career in politics. MGR apparently offered him the Dindigul Lok Sabha seat in the ’70s and Karunanidhi the Chennai Central seat in the ’80s, but he chose to stay away from politics as his father was opposed to any form of dynastic perpetuation.

Parimalam, along with Ilangovan, Rajendran and Gowthaman, was among the four adopted children of Annadurai, who had none of his own. All were his sister’s grandchildren. After Parimalam retired from government service, he was dutifully engaged in collecting Annadurai’s speeches, writings, plays and rare photographs.

Tamil writer-journalist Vaasanthi, who recalls meeting Parimalam in 2005, says he had told her how his father’s life had been an "open book". Annadurai was not bothered about money and perhaps wasn’t even aware if his wife Rani had to pinch his pockets for household expenses. In truth, it was Anna’s aunt who ran the house, managed finances and built the family’s small house. They did not even have funds for the upkeep of the house. His father’s only wish was to own a small farm where he would retire one day and catch up with his reading and writing. "When Annadurai died, people saw how his family lived. That was proof of his integrity. Later too, the family conducted itself with dignity," says Vaasanthi.

The only time the family received something from the government was when Jayalalitha as chief made all writings of Annadurai state property and paid royalty. The Karunanidhi government is also said to have offered money to Parimalam’s children after his death, but the family could not be reached for confirmation.