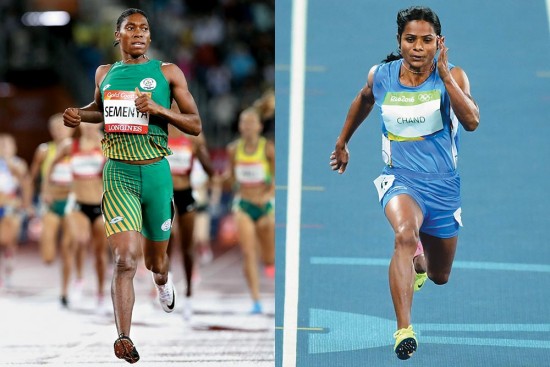 The sporting world is roiled by yet another controversy. This time, it hinges on gender. The world athletics body has come up with a sensational annou­nc­ement that bars women middle distance athletes with high testosterone levels from competing at official events. The International Association of Athletics Federations (IAAF) also said that those unwilling to adh­ere to the new rule, which comes into effect from November 1, can compete in the men’s or intersex category.

As per the new rule, women athletes whose levels of circulating testosterone (in serum) is up to five nanomoles per litre can compete in ‘international competitions’; anything above that mark would automatically disqualify them from events between 400m and 1,500m, including the hurdles and combined events. However, they can reduce their testosterone levels by taking pills or undergoing surgery to be able to compete. The Sebestian Coe-headed IAAF justifies its move by saying that it wants to provide a level playing field to all athletes. The new clause doesn’t aff­ect sprinters (100m and 200m) and longer distance runners (beyond 1,500m).

It is widely believed, more so in South Africa, that the IAAF brought about the new rule with the single-point agenda to target multiple 800m Olympic and world champion, 27-year-old Mokgadi Caster Semenya. Soon after the IAAF announcement, the entire country—from Parliament to the African National Congress (ANC)—was burning with outrage. The South African sports minister described the ruling diabolical; the ANC called it “blatantly racist”.

Interestingly, an Indian, star sprinter Dutee Chand, is behind the promulgation of new rule, though completely ina­dvertently. In 2014, the IAAF barred Dutee for hyperandrogenism—a condition in which a woman...