Star of every R-Day parade, the grime of toil crowns BSF's camel contingent on border duty 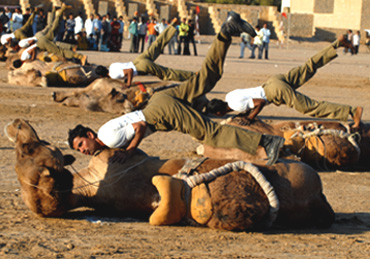 Caparisoned in rich bridal attire, silver bracelets jingling, noses haughtily in the air, the camels of the Border Security Force's elite Camel Contingent bounce jauntily in time to the beat of the marching band. As they're...