Tatra spares is just one of Rishi’s ‘businesses’ 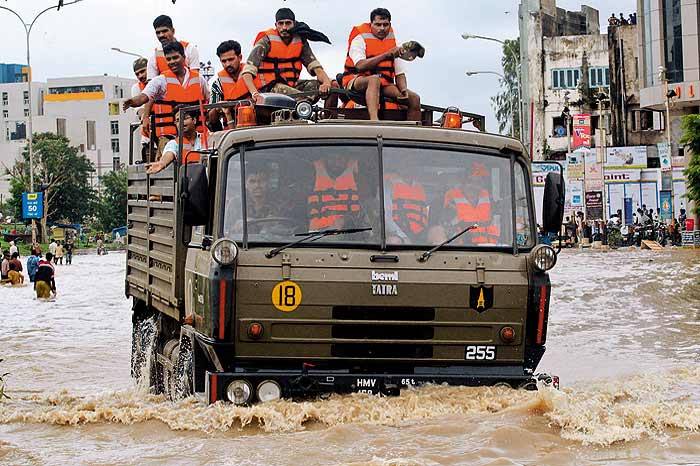 Two weeks into the CBI investigating the Tatra Kolos truck deal, and new information suggests that it is not just Tatra trucks that have allegedly been bought for the army in violation of the defence procurement procedures, 2006. Tatra Sipox UK Ltd, the suspect company owned by Ravinder Rishi of the Vectra group of companies, has supplied several other equipment, such as the heavy-duty Atlas cranes used by the Brahmos missiles, heavy recovery vehicle (HRV) AV 15, PMS pontoon bridges and an assortment of other cranes, through the same route. Tatra Sipox procures equipment for Bharat Earth Movers Ltd (BEML), which in turn supplies it to the army. The investigations have also revealed that spare parts for the Tatra trucks—in itself a huge expense needed to maintain spare parts inventories—are being bought not from the original equipment manufacturer (OEM) but from several Slovakia-based suppliers of spare parts through another Vectra company, Jupiter Slovakia spol sro, and handled by a Rishi confidante, Bozena Durdovicova, in the Slovak republic.

Just as in the supply of Tatra trucks, where the original price more than doubles by the time it is made available to the army, with BEML itself marking up the cost by 25 per cent, the CBI investigation reveals that in most of the other equipment bought via the Tatra Sipox-BEML route, the eventual price the army has to pay is similarly inflated. It is this jacking-up of prices which army chief Gen V.K. Singh objected to and which led to the bribe offer for him to clear the purchase.

Take the case of Atlas cranes, used for Brahmos missiles, manufactured by Atlas Machinen GmbH (the original German company which manufactures them), which are also under the CBI scanner. Tatra Sipox buys them from the Germans at a discounted price of 35 per cent on the printed price list and sells them to BEML after marking up the cost by another 30 per cent. BEML then sells the cranes to Brahmos (a company formed with 50 per cent participation each between the Russians and drdo for the missile programme) at another 15 per cent increase in price.

Jupiter Slovakia, the Vectra company which supplies Tatra spare parts to Tatra Sipox (UK), which in turn supplies them to BEML, is based out of Bratislava in the Slovak Republic, from where Rishi confidante Bozena handles operations. It is Bozena’s office which sources the Tatra spare parts from a list of Czech and Slovak manufacturers and dispatches them to BEML on behalf of Tatra Sipox. Curiously, the original equipment manufacturer, Tatra a.s, does not figure anywhere in the orders of these spare parts. The margins are huge and quality is suspect. In response to queries from Outlook, Ronald Adams, the CEO of Tatra a.s, confirmed that “Jupiter does not furnish our spare parts for India”. Explaining why his company is supplying only 35 per cent of the truck that is finally assembled by BEML, Adams said this is because it has been localised by BEML or is using parts from manufacturers in India which are selected by BEML. He declined to specify the parts Tatra a.s is supplying, saying it will give unnecessary technical information to competitors. However, the Vectra group, in a statement issued through its vice-president, communications, Dileep Singh, presented a different picture. “Tatra trucks are made in two plants first where the cabins and engines are manufactured in modern Czech Republic, and the second where axles and chassis are manufactured in present Slovakia. Today Tatra Sipox (UK) is a single window supplying technical support, transfer of technology to BEML and develops new products on behalf of both factories (sic)....” The truth, obviously, lies elsewhere. 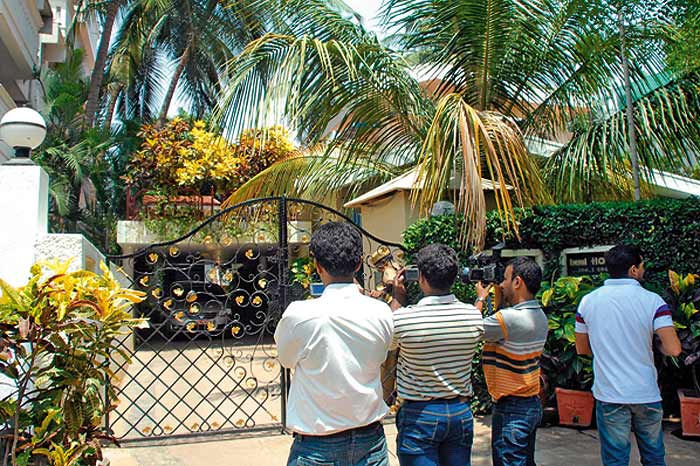 Explaining the spare parts aspect, Maj Gen Mrinal Suman (retd), a defence procurement expert, points out, “The OEM is supposed to provide life-cycle support and if you are purchasing spare parts from elsewhere, there has to be a very good reason to explain it. Spare parts is a huge issue in the armed forces and we know that in addition to the OEM there is a flourishing replacement market. Spare parts should always be procured from the OEM to ensure that spurious parts from unauthorised suppliers are not procured. The Tatra trucks are at a stage where they would be undergoing midlife overhauling which is an expensive proposition requiring original spare parts.”

The Tatra spare parts apart, Bozena’s Slovak office played a key role in the procurement of two sets of PMS pontoon bridges for the Corps of Engineers as well. All orders for cranes from Mobilny Jeraby (a company making boom cranes at Slany in Czech Republic) are also processed by Jupiter Slovakia, as are the orders for HRVs. In the case of HRV AV 15, used by the army’s Electrical and Mechanical Engineers Corps, Bozena orders the Tatra chassis from Tatra a.s and delivers it to vss a.s (the company in Koshitse Slovakia which manufactures the HRVs). vss mounts the recovery vehicle superstructure on this chassis and delivers it to Tatra Sipox, which then sells it to BEML with a mark-up in price.

The common link in all these deals is Tatra Sipox, the profits of which are mired in mystery as they end at Liechtenstein, a west European tax haven.

This week, the CBI, which has registered an fir against Rishi and unknown BEML executives for conspiracy to defraud the government, carried out raids at the residences of Vectra executive Anil Mansharmani and two retired army officers, Brig P.C. Das and Col Anil Dutta. Mansharmani, a former classmate of Rishi, has been identified as his pointsman to deal with officials in the Union ministry of defence and the army, who are said to make available to him sensitive information for a payment. This information includes:

Son of a government contractor, Rishi used the network of IAS officers his father had cultivated in the ministries to expand his contacts in the MoD. He never goes to the ministry and rarely calls his contacts. In fact, he does not even refer to them by names, using codenames like Charlie and Panditiji instead.

Rishi’s inroads into BEML began with recruiting a string of officers who were asked to take premature retirement from various departments and join him. The late Lt Gen R.I.S. Kahlon was the first to join him after he retired as MGO. On the radar now are Lt Gen (retd) Amarjit Singh, ex-Director General of Quality Assurance, Lt Gen (retd) A. Sehgal and Col (retd) Pushy Oberoi, none of whom are formally on the rolls of any of Rishi’s companies. The most prominent of them currently is ex-BEML employee Ashok Kumar, who now heads the Bangalore office of Vectra Global.

The dirt is just beginning to unravel. Just how deep the rot runs, time and further CBI investigation will tell.

Opium And Taliban Are Forever!