Dos-A-Dos In Their Hands

These top professionals are never without a read. This is what they liked most. 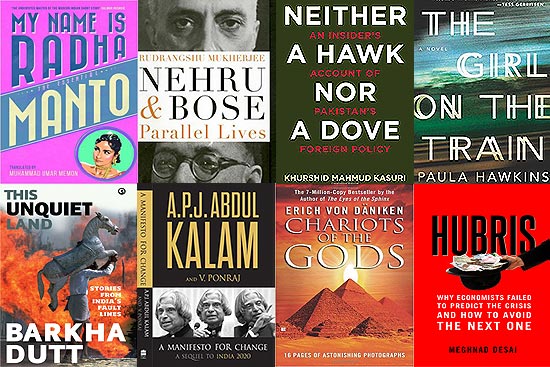 In Nehru and Bose: Parallel Lives by Rudrangshu Mukherjee, the controversy about the ‘Netaji files’ and the related accusations about Nehru afford an opp­o­r­tunity to reflect on the rel­ationship between the two men. Flood of Fire by Ami­tav Ghosh takes characters and themes from the first two books of the Ibis Trilogy to a resounding climax as China is battered into submission in the name of free trade, and ends with the ceding of Hong Kong to the British. The Ivory Throne by Manu Pillai is a brilliant and richly anecdotal history of Travancore, full of insights into Kerala’s culture, ranging from the Nair warrior ethos to the end of matriliny in British times.

Kiran Nagarkar’s Rest in Peace is the third novel in a trilogy that includes Ravan and Eddie and Extras. It continues the story of the two unforgettable characters. Ravan and Eddie’s Bombay, viewed from CWD Chawl No. 17, becomes a saga of post-independence India—its corruption and brutality, its persistent pluralism, and its unquenchable aspiration in the face of impossible odds. 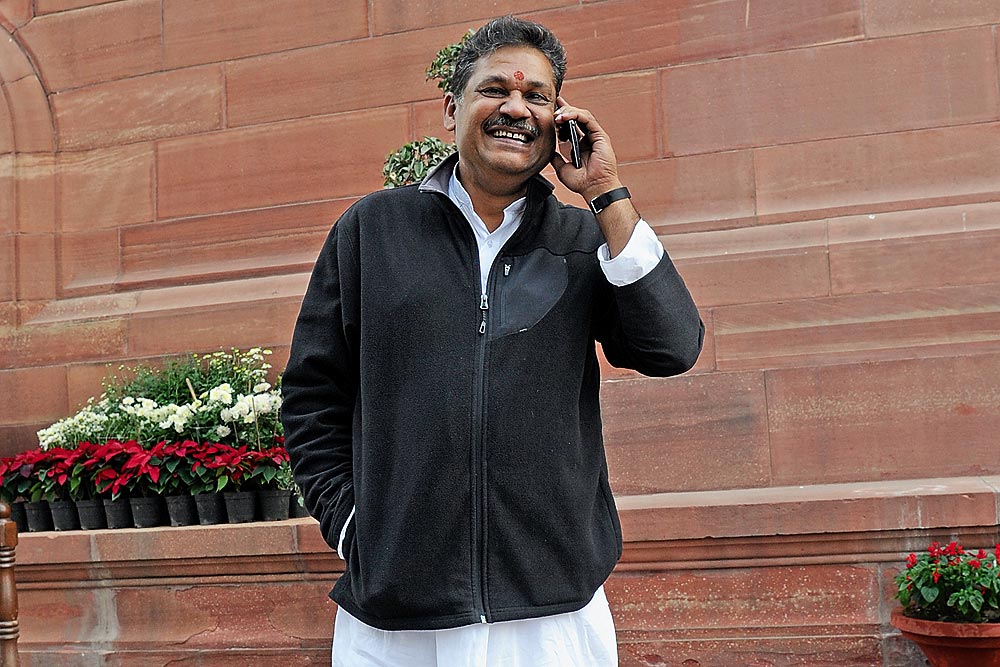 The Story of India by Mic­hael Wood and The Chari­ots of the Gods by Erich Von Daniken fascinated me. The book by Wood is the fruit of in-depth research. It explains the advent of Islam, talks about how Tamil is an older language than many European ones. Daniken’s book is more about how advanced India was in ancient times.

One book which knocked me out was Richard Flanagan’s The Narrow Road to the Deep North. It’s a rare book. I have two criteria for a great book; one, you wish it doesn’t get over and second, get a pencil and start marking. I also found Raghu Karnad’s Farthest Field: An Indian Story of the Second World War, about this little-­known Indian presence in WWII, interesting. The Tibetan Book of Living and Dying touched me. Pakistani writer Sorayya Khan’s Noor is simple, evocative, haunting. 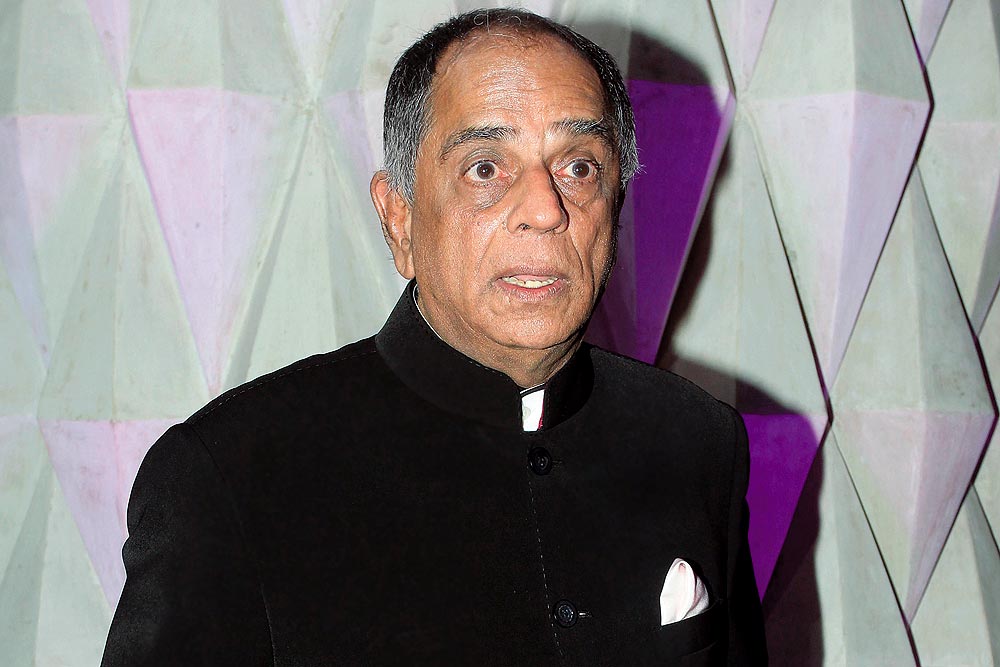 Super Genes by Deepak Chopra and Rudolph Tanzi is interesting for showing how tightly int­­er­twined genetics and our environment are to the choices we make, how we live our lives. H for Hawk by Helen Macdo­nald is a beautiful tale of a poet and falconer mou­­rning her fat­her’s demise and how her des­ire to train a difficult hawk helps her heal. One has to mention Wings of Fire by Abdul Kalam, a book every young Indian must read. 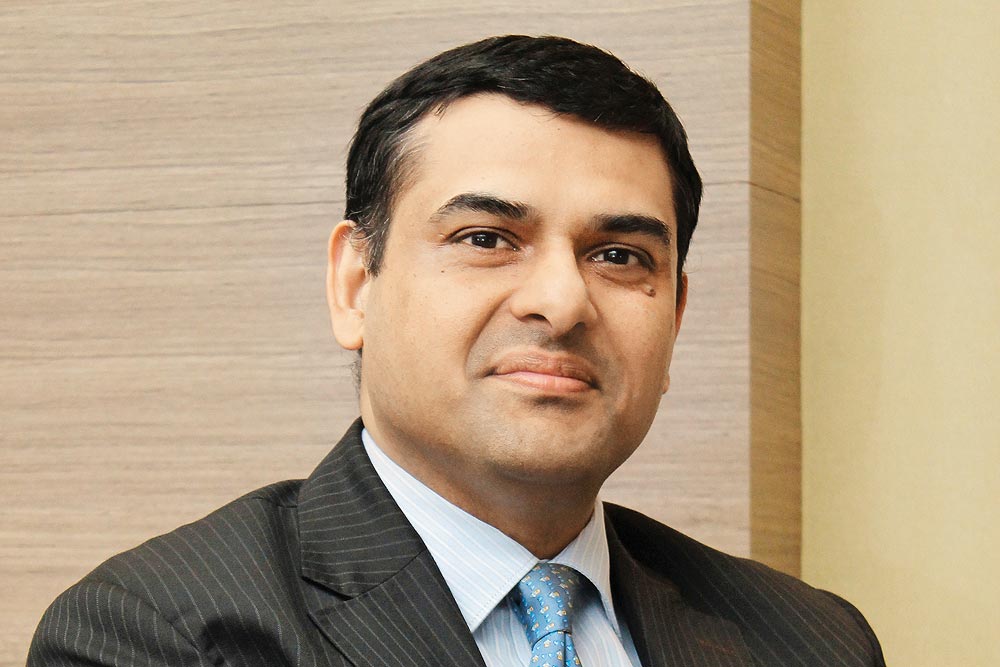 Akshaya Mukul’s Gita Press and The Making of Hindu India is a deeply researched narrative about the evolution of a prominent publication ent­e­rprise. I’m also reading Howard Schultz’s Onward: How Starbucks Fought for Its Life without Losing Its Soul—a fascinating account of how Starbucks rediscovered its fundamental ethos. As an organisation committed to giving back to the community, Starbucks shares many values in common with the Tata group. 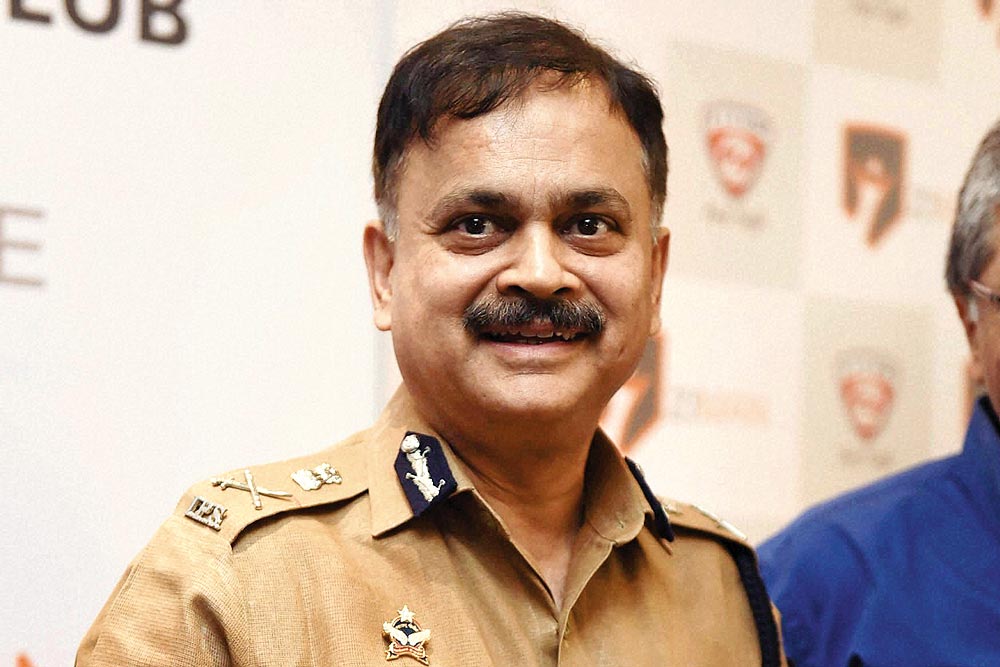 A student of history, this year I revisited Romila Thapar’s Past as Present. I also read a book on the Indus valley civilisation. I love ancient and medieval history—be it Mesopotamian, Egyptian or Indus valley. I also like reading about technology in the ancient world. One’s profession demands some reading. For example, I have read everything about the Paris attacks. At any given point, I also find myself reaching out to P.G. Wodehouse, Robert Ludlum or Tom Clancy for some light reading.

Sometimes, it is occupation that dictates what I read; at other times it is preoccupation. The work we do at peepli.org led me to books on the envi­ronment and water (Rob Nixon’s The Big Thirst, Ganges Water Machine by Anthony Acciavatti and A Ditch in Time by Patricia Limerick).  Personal histories—Between The World and Me by Ta-Ne­h­isi Coates, H is for Hawk by Helen MacDonald, On The Move by Oliver Sacks, This Boy’s Life by Tobias Wolff and the anthology Anatomy of Memory—served as dredging tools for an excavation of the self. Somewhere in there, I also—don’t ask—reread the ent­ire P.G. Wodehouse canon.

Neither a Hawk Nor a Dove by Khurshid Mahmud Kasuri and Where Borders Bleed: An Insi­der’s Account of Indo-Pak Rela­tions by Rajiv Dogra stand out. Kasuri’s book deals with Paki­stan’s ties with India when I was foreign minister. Had Gen Musharraf not run into a controversy with the judiciary, cla­ims the book, the two countries were close to a solution on Kashmir. Dogra’s book contains his experiences as India’s consul-general in Karachi. It talks about Pakistan armed forces personnel being given a secret oath for jehad against India, among other things. 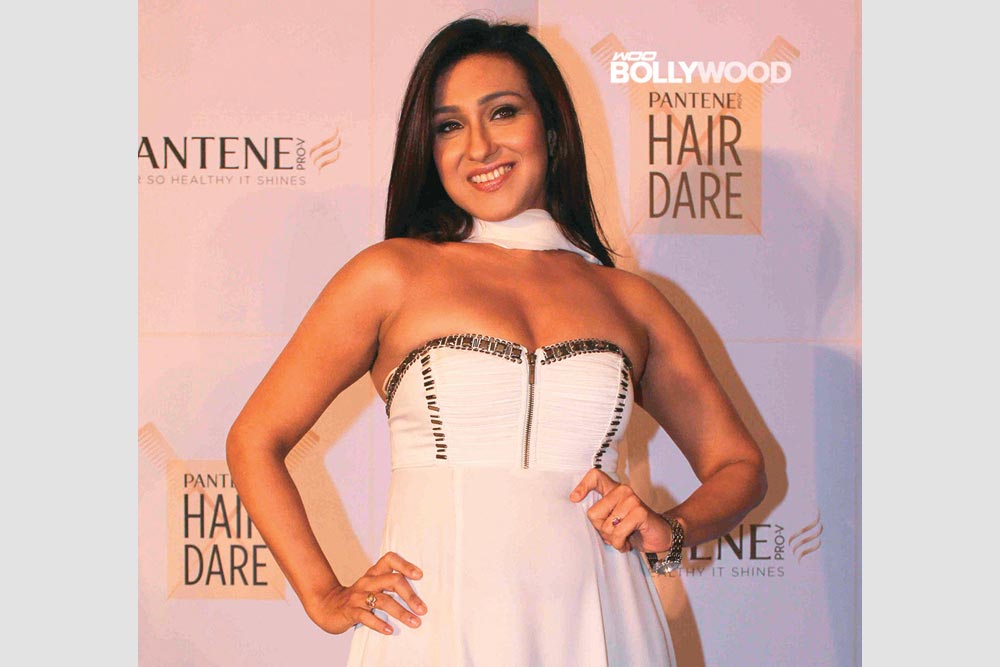 I love Meryl Streep, so I was thrilled to read Meryl Streep: The Reluctant Super­star by Diana Maychick. I also reread the short stories of Guy De Maupassant and Bimal Kar’s Balika Badhu. I enjoyed Anupam Sibal’s book on child psychology, Is Your Child Ready to Face the World?

Elizabeth Gilbert’s Eat, Pray, Love is an excellent memoir. In it, she describes one of life’s fundamental conundrums: “We gallop through our lives like circus performers balancing on two speeding side-by-side horses—one foot is on the horse called ‘fate’, the other is on the horse called ‘free will’. And the question...is, which horse is which? Which horse do I need to stop worrying about...and which do I need to steer with concentrated eff­ort?” She is writing about personal conduct, her metaphor applies equally well to organisations and their leaders.

The book that really engaged me was A Brief History of India by Alain Danielou. He was a French historian who lived in the US and was deeply influenced by Rabindranath Tagore and lived in Shantiniketan. Here, he covers Indian history from the earliest times to the death of Indira Gandhi. He is extremely objective and precise, and leaves it to the reader to draw his/her conclusions. At present, I’m reading history because that way I can get a better grip of the challenges faced by the country. 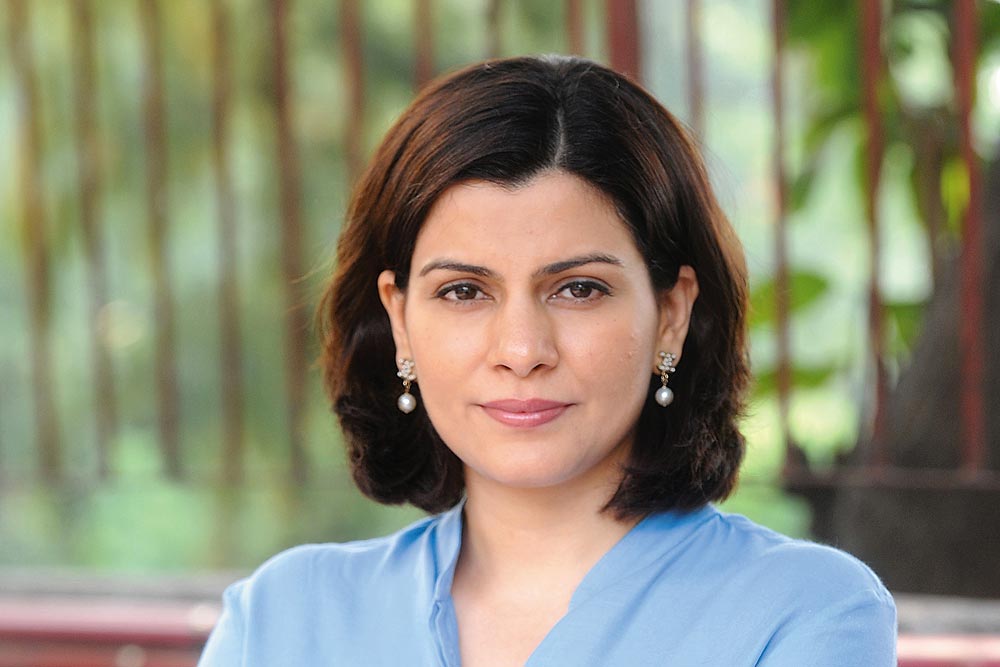 Books that I enjoyed included The Mountain Shadow by Gregory David Roberts, a seq­uel to Shantaram, which I loved. Through the eyes of Shantaram, one sees a side of Mumbai that is both fascinating and terrifying. The Girl on the Train by Paula Hawkins was a dark thriller that had me turning pages breathlessly. I also read Neither a Hawk nor a Dove by Khursheed Kasuri and Kash­mir: The Vajpayee Years by A.S. Dulat.

I loved A.P.J. Abdul Kalam’s A Manifesto for Change. It is meant for common people who have values and ideals but who are not rich or powerful enough to fight corruption and other evils. 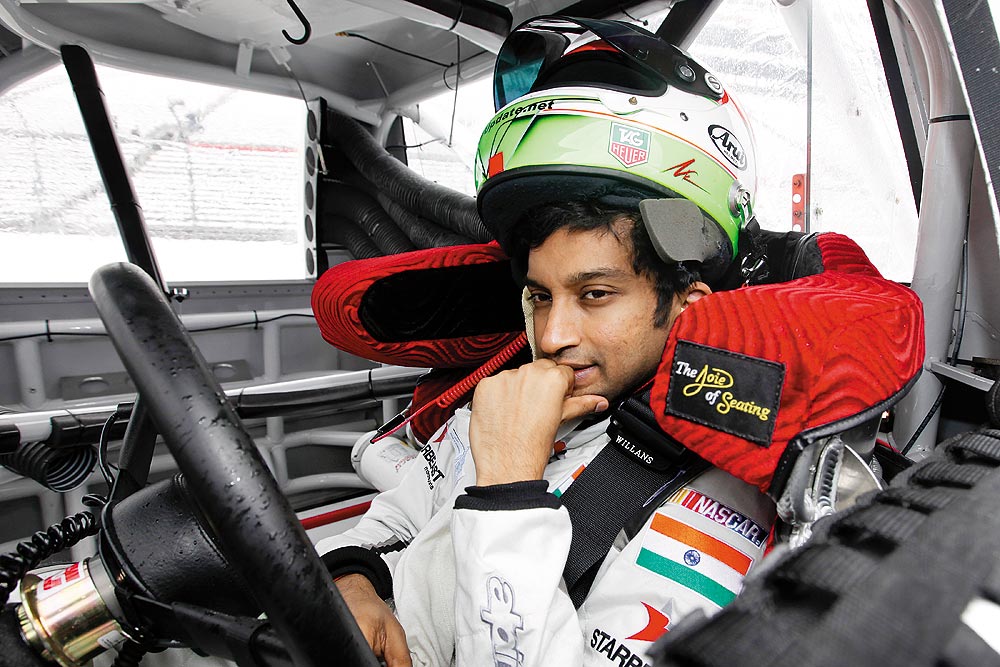 The Mechanic’s Tale: Life in the Pit-Lanes of Formula One by Steve Matchett is a great acc­ount of the 1994 season by a former F1 mechanic with the Benetton team and now a noted F1 commentator. It gives an insight into the F1 of yore. Senna Versus Prost: The Story of the Most Deadly Rivalry in Formula One by Malcolm Folley has to be on the list, given that I grew up watching Formula 1 during the Senna/Prost era. My Terrible Joys by Enzo Ferrari is a rare find; it was last in print in the ’60s. It recalls his journey from being a jobless orphan to the helm of the world’s most iconic sportscar maker.

Looking Away by Harsh Mander is a poignant and imp­assioned documentation of the inequality, indifference and prejudice in our country. My Name is Radha by Manto is a selection of stories by the master storyteller. Of these Toba Tek Singh, Frozen and The Testament of Gurumukh Singh are my favourite stories.

Neel Mukherjee is a close friend since college days in Calcutta, and his Lives of Others is a sweeping depiction of the Naxalite period in Ben­gal. The journey left me deeply moved. Amitav Ghosh’s Flood of Fire is fascinating as it goes back and forth on characters, offering various perspectives and nuanced sexual politics. Hansda Sowendra Shekhar’s The Mysterious Ailment of Rupi Baskey is an intimate portrayal of a Jharkhand village, its people, and what is perceived as ‘good’ and ‘bad’. 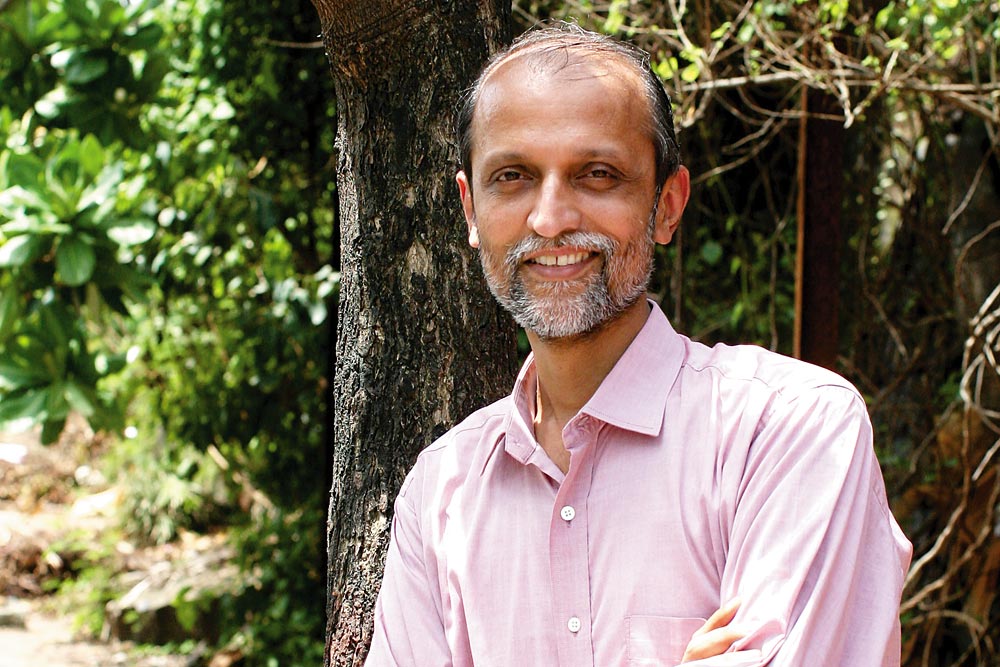 Two books I have read recently are Hubris by Meghnad Desai and This Unquiet Land by Barkha Dutt. Desai’s book is a journey through the history of economic ideas. His broad sweep covers the ideas of Adam Smith, Marx and Keynes all the way to Thomas Piketty. It’s a lucidly told chronicle of a heartless system called capitalism which, he reminds us, is a dynamic system in constant disequilibrium. They say journalists write the first draft of history. Dutt’s book is not just history, but an impass­i­o­ned eyewitness account of the upheavals of the past two decades. It’s a frank, unf­­­­l­­­­­in­ching portrayal of the major faultlines in modern India—the constant clash of modernity and tradition. It is mar­­­vellous how a roving rep­o­r­ter and award-winning anc­hor found time to dwell and write in-depth analyses of iss­ues like gender equality, terro­rism and Kashmir. If you mis­­sed watching TV in the past two decades, this is a must read.