Pramod Mahajan speaks to Outlook on the mood in the BJP post-Goa and the party's equations with NDA allies. 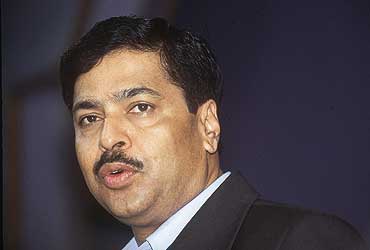 outlookindia.com
-0001-11-30T00:00:00+0553
As parliamentary affairs minister, Pramod Mahajan has the difficult task of balancing the NDA's secular allies with the BJP's hardliners. Among the younger leaders, his is one face that is taken seriously by both the party and the PM. Mahajan spoke to Priya Sahgal about the mood in the BJP post-Goa and the party's equations with NDA allies. Excerpts:

Is there a feel-good factor in the BJP post-Goa?
The Goa executive was held at a crucial juncture with the electoral losses in the assembly elections and the Gujarat incidents as the backdrop. The party was under pressure and I think the PM's speech at the public rally, Advaniji's speech at the executive and the executive's unanimous rejection of Narendra Modi's resignation offer have rejuvenated the party and put it in a fighting mood.

Is that why the BJP is now adopting a tough stance towards the secular allies and appeasing the hardliners? Like appointing a Shiv Sena speaker?
The speaker's post was first offered to the TDP. As for Manohar Joshi, it was not the party to which he belonged but his own merits that were considered. We did not offer it to the Shiv Sena but to Manohar Joshi. In the TDP's case, we did not give them any specific name. We just asked them for a nominee. So it is wrong to say that we wanted a hardline candidate.

How do you explain the bad press over Gujarat about which the PM has also complained?
Every politician passes through a bad media patch. Whatever you do then, the projection is not what you think. The PM was not complaining. I believe the more you criticise the media, the more it turns against you. The relation between the media and any political party is like that of a plane and a bird. It's not the strength of the bird that destroys the aircraft, but the speed of the aircraft. But the aircraft does get damaged. That's why it is better to explain things to the press rather than argue with it.

Many in the BJP feel that the English media's coverage of Gujarat was biased.
I don't want to criticise the media. But look at the Editors' Guild report. It has cleared the English media and criticised the Gujarati media. How can the media be right in one language and wrong in the other? That shows the 'impartiality' of the media!

How was the party morale six months ago and how is it now?
It is always high. It has seen the worst of times, when we were reduced to a couple of members in the Lok Sabha, and then the party rose like a phoenix. Besides, morale is not something that can be counted as a Sensex on a six-monthly basis.

Is the BJP worried about the Congress gaining 14 states and losing UP?
Absolutely not! We defeated the Congress at the national level even when it was ruling in almost all the states. About UP, I can only remind you of Paradise Lost and Paradise Regained. There is no doubt the failure of getting a majority in UP was a setback. But it has been compensated by the alliance with the BSP.

Then how do you explain the PM reacting so personally to Sonia Gandhi's post-assembly results comments?
I don't think he is reacting personally. That was never his level of politics.At the same time, when the leader of the Opposition makes a comment which relates to the person or the personality of the PM, like her saying 'the PM's time of awakening has come', how can you expect the PM not to react?

You personally are very quiet these days. One does not see you in TV studios. Why?
I've made a rule. As parliamentary affairs minister, during the session it is my job to see a consensus emerge in Parliament. I don't like to join issue with the Opposition. During Parliament, I avoid all debates on TV. In fact, I am really worried about my high profile. People see me so often in the media that they think I am involved with everything that is happening with the party. That is not true.

Back In The Family's Arms