The terms of engagement that Imran Khan will offer will be no different from those of the past: dia­logue under the shadow of calibrated terrorism and greater focus on issue resolution than building co-operative mechanisms through trade and connectivity. 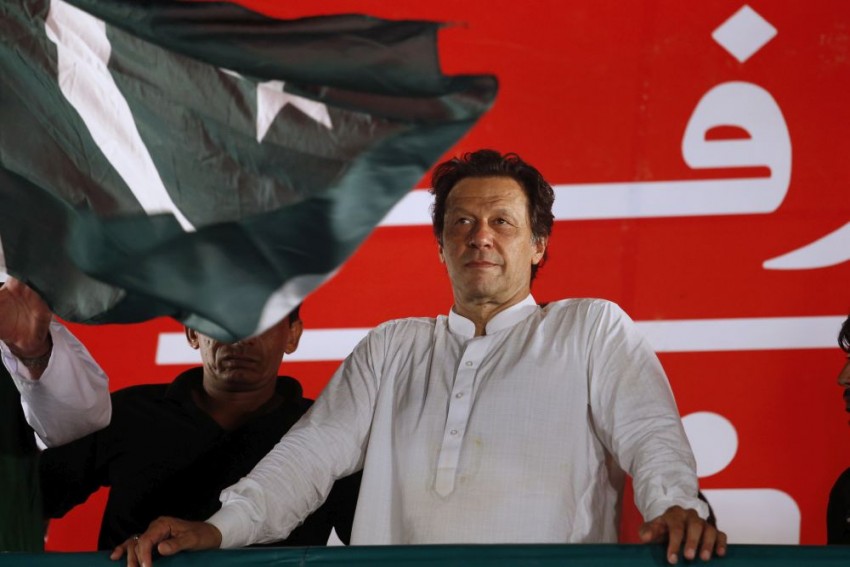 Pakistan: 2008, 2013 and now 2018—ano­ther election, perhaps another government. But will things really change in the country domestically or in its external orientation? Or will khaki continue to be the colour of the country as it always has been, except for a brief opportunity after the decisive defeat of 1971, which a charismatic leader squandered, or a fleeting moment in 1998, which flattered only to deceive when a gentlemanly army chief, to the chagrin of his officers and troops, decided to follow the democratic principle and put in his papers?

The election campaign and process has been dark, vicious and violent. It has been symptomatic of the nature of Pakistani politics since the 2013 national elections, which witnessed Nawaz Sharif’s party, PML(N), sweep Punjab and consequently, given the province’s overwhelming weight in all aspects of Pakistan’s national life, comfortably form the federal government; Sharif became prime minister for the third time. The Zardari-Bhuttos remained confined to Sindh while Imran Khan did well to gain a majority in Khyber-Pakhtunkhwa and also put up a better-than-expected show in Punjab.

Unreconciled with the results, Khan complained of widespread rigging by the PML(N). His party’s public agitations, including a lockdown of Islamabad in 2014, had the army’s tacit support. Its animus tow­ards Sharif—rooted in the souring of their ties in the early 1990s and exacerbated by Pervez Musharraf’s coup—grew because of his desire to take control of the country’s India policy and pursue cases against Musharraf. The army got its chance in 2016 when the Panama Papers ­revealed that the Sharif family owned firms and property abroad.

Imran places J&K in the ­context of outdated UN ­resolutions and links ­cooperation to issue resolution.

Caught in the crossfire between the army and the judiciary, Sharif, through a dubious court process, was found in violation of the constitutional req­uirement that one should be honest and trustworthy  to be an MP or head a political party, let alone remain PM. The Supreme Court also ordered his criminal prosecution for corruption. His daughter and political heir Maryam Nawaz and he have been held guilty and sentenced to seven and ten years respectively. Both have shown courage to return to Pakistan and prison while Sharif’s wife Kulsoom is on life support in a London hospital.

The question is: will their political shahadat pay sufficient dividends to the PML(N) in the national elections on July 25 to overcome the decks that have been stacked against them by the courts and the army in favour of Imran? Their return will emb­arrass the army, for Musharraf in exile avoids the courts. Imran received favourable treatment from the courts in a disproportionate assets case. This too can be highlighted. But will all this translate into votes for the Sharifs? The authorities are ruthlessly putting down the agitation of the PML(N) workers. Besides, Shahbaz Sharif, Nawaz’s younger brother who manages Punjab for the party, has never been keen to take on the army.

Read Also: Pakistan Is On Gradual Path To Democratisation

Most Pakistani commentators appear convinced that with the army, not so tacitly, behind him, Imran will win this election. To make this certain, a front, seemingly judicial, was also opened against Asif Ali Zardari so he would not consider aligning with the PML(N) to keep Imran at bay. Certainly, the army and judiciary have sent out a clear signal to Pakistan’s political class that Nawaz Sharif is politically dead; hence it would be futile to support him. Thus, the dice are loaded in Imran’s favour and, short of a great electoral surprise, he is likely to be the next prime minister of Pakistan. Would this mean any change for India?

Imran’s electoral manifesto expresses a ­desire for “improving our relations with our eastern and western neighbours”. It holds that the way to do so is to “work on a blueprint towards resolving the Kashmir issue within the parameters of the UNSC resolutions”. This will be part of  a process of“conflict resolution” and the manifesto asserts that a “security route to cooperation is the most viable”. In line with this approach, Imran proposes to “move sub­stantively on the bilateral strategic ­dialogue with India encompassing all aspects of the strategic ­nuclear deterrence so as to prevent a ­spiralling arms race with India”.

Read Also: The Many Merits In His Stars: Can Likely Pak PM Imran Khan Produce A Nuanced India Policy?

“We used to hear about a state within a state but now there’s a state above the state,” said Nawaz Sharif.

Imran’s approach towards India is no different from that of the army. The J&K issue is placed squarely in the context of the outdated and unrealistic UNSC resolutions. Cooperation is linked to resolution of issues. Finally, there is no mention of the need to put an end to Pakistani terrorist groups that are active against India. The manifesto has a section dealing with the need to eliminate terrorism—but that is almost exclusively in the domestic context. It concedes the need to implement Pakistan’s treaty and convention commitments on counter-terrorism. However, this is a gesture to the West, which ensured that Pakistan was included in the Financial Action Task Force’s grey list.

Interestingly, the manifesto commits Imran to est­ablishing a foreign policy coordination cell within the prime minister’s office for ‘informed’ decision making. With a flourish, it goes on to state, “External policy cannot be run on parallel official tracks.” If through such a structure Imran wishes to gain control over sensitive areas of Pakistan’s foreign and security policies, he has only to look at the example of Sharif. The fact is that the generals will never allow their dominance over these policies to be ­diluted. Certainly, they will never allow the cou­ntry’s India policy to go out of their hands. They ­fervently believe that only the army can defend the ideology of Pakistan which, as Hussain Haqqani has brilliantly delineated in his works, rests on Islam and on anti-Indianism.

Khan has taunted Nawaz Sharif with being Modi’s friend and a slogan being raised at his election rallies is “Modi ka yaar, gaddar hai, gaddar hai”. This is part of the attempt to deny Sharif any benefit from his shahadat, but will not prevent Imran, if he bec­omes prime minister, from reaching out to India. He will do so not only because he would like a reduction in tension to devote attention to his domestic agenda of making a “naya” Pakistan, but also to show the int­ernational community that he is a serious leader who wishes to change the destiny of South Asia. The army is likely to back him in his endeavour to start an India-Pakistan dialogue—but on its own terms.

Thus, the terms of engagement that Imran will offer will be no different from those of the past: dia­logue under the shadow of calibrated terrorism and greater focus on issue resolution than building co-operative mechanisms through trade and connectivity. A focus on the Siachen and Sir Creek iss­ues and of course, as the manifesto mentions, on J&K and violation of human rights. To these will be added water, with charges that India is violating the Indus Waters Treaty. The Kulbhushan Jadhav matter will not be concluded, though it is unlikely that Pakistan will try to have the hearing at the International Court of Justice to be expedited. It is going to be held next year and both governments may want it to slip to after the Indian elections.

Prior to his departure for Pakistan, Sharif held a press conference in London. He appealed to the Pakistani people to get rid of “those who are running a state within a state”. He went on to say, “We used to hear about a state within a state but now things have gone to the extent that there’s a state above the state. We will have to change this.” Pakistan’s political class, and the people too, may occasionally grumble and even criticise the army, but are unwilling to take it on. Because it has succeeded in driving anti-Indianism deep into the country’s psyche and because the army is perceived to be the shield against India—the perpetual enemy—it is the army that rea­lly rules irrespective of who wins elections.

The Many Merits In His Stars: Can Likely Pak PM Imran Khan Produce A Nuanced India Policy?