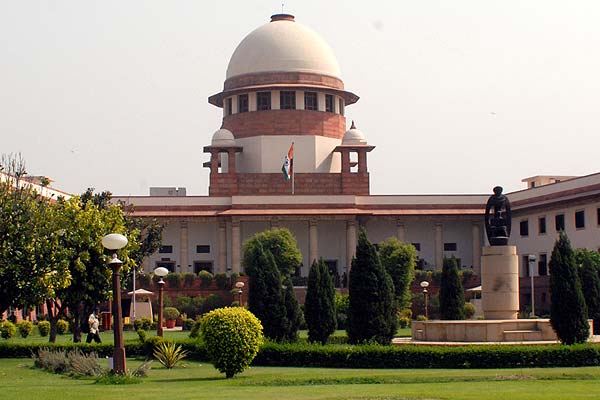 After some praise from the Supreme Court, the CBI is working on the next stage of the probe. What’s next? And who’s getting away?

The Supreme Court is happy, for now. The PM has said the Central Bureau of Investigation (CBI) should act “without fear and favour”. But even as the CBI continues its prosecution in the 2G spectrum allocation scam case, there’s no denying the general feeling that the investigative agency is shielding many big fish who may have, directly or indirectly, played a role in the multi-crore telecom scandal.

In the past two weeks, two significant things have happened. The CBI named the dmk’s Kanimozhi as a co-conspirator in the scam, a politically sensitive move considering that the party is a key ally of the UPA government at the Centre. A few days later, the public accounts committee of Parliament (PAC) controversially held Prime Minister Manmohan Singh and former finance minister P. Chidambaram “responsible” for not acting in time despite being aware of the procedural irregularities being committed by former telecom minister A. Raja.

In its first chargesheet, the CBI exonerated the PM, devoting numerous pages to establish that Raja had misled him. In contrast, the PAC draft report—though of doubtful technical validity—points out that the PM did not intervene even after procedural irregularities were repeatedly brought to his notice. The PM, in his defence, has argued that he went by the advice of Chidambaram and Raja.

The PAC was particularly harsh on Chidambaram for treating the matter of spectrum allocation “closed” in early January ’08. PC has dismissed these charges—and clearly the CBI chargesheet agrees as it hasn’t focused on his role in the regulatory approval process. While the PAC report has now become a victim of political positioning, it does have a markedly different take from the CBI. It raises several queries about the propriety of the investigation process going on under the SC’s direct supervision.

The PAC was quite harsh on Chidambaram for treating the matter of spectrum allocation “closed” in Jan ’08.

There are already indications that firms and individuals are being given an easy way out. In the first chargesheet, the CBI went out of its way to explain how the Tatas were wronged as their application for licence and spectrum was pushed back while new companies were given preference. In reality, the Tatas were allotted spectrum in all the circles it applied for—barring Delhi. “On January 10, ’08, Tatas got GSM spectrum in 20 circles and were a major beneficiary of the policies followed by accused A. Raja,” states an appeal filed by lawyer Prashant Bhushan’s Centre for Public Interest Litigation in the Supreme Court in late April.

There’s more. The Niira Radia tapes have revealed that the Tata group gave “donations” to a hospital in former minister Raja’s hometown when he was minister. There’s also the matter of donations to an ngo where the DMK could have an interest and the November 2007 letter by Ratan Tata to DMK chief M. Karunanidhi praising Raja. Also, in January 2011, TDP MP Ramesh Rathod sent a letter to the PM giving details of how the Tatas had actually funded the telecom operations of Unitech, a charge denied by Unitech. Yet, the CBI chose to exonerate the Tatas instead of investigating the matter.

Also, many have questioned the first chargesheet naming three ADAG officials as conspirators. “These people are just professional employees of the ADA group, and are not beneficiaries of this scam. The real beneficiary is Mr Anil Ambani, who holds a majority stake and is chairman of the group companies. The CBI has tried to shield him,” states the CPIL appeal. A recent report in the ToI quotes an ICICI Bank official saying that only Anil Ambani and his wife Tina were authorised to make payments of Rs 10 crore and above. ADAG has denied the charges.

As Bhushan told Outlook, “They have not chargesheeted Anil Ambani when they should have. Only low-level employees have been named. Vice-presidents cannot take decisions involving thousands of crores of rupees. These decisions are taken by 50 per cent shareholders and he should have been named.” The court will take up the petition in the next hearing of the case.

The clean chit to DMK boss M. Karunanidhi’s wife Dayaluammal in the second chargesheet is another pointer. She was let off despite being a 60 per cent shareholder in Kalaignar TV, which got a Rs 200-crore largesse from Swan Telecom while Kanimozhi, who holds 20 per cent in the company, was named. The grounds for her exclusion—age, language barrier and lack of knowledge—are specious at best. As for precedence, an 86-year-old Keshub Mahindra was recently convicted in the Union Carbide case.

Similarly, the naming of Niira Radia as a witness is getting a lot of flak as she herself is under investigation for deals involving her overseas companies. Then if A. Raja’s procedural irregularities are proven, attorney general Goolam Vahanvati’s role could also come into question as it was he who had cleared the contentious policies and procedures.

Now, say sources, a distinction is being made between “active participants” and “passive beneficiaries” which, in effect, will give many companies, including the Tatas, a clean chit in the scam. So even if the procedural irregularities are proven, a “passive beneficiary” will have nothing coming against them. Legal sources add that they feel the court will take a strong view of the procedural illegalities and declare the 122 telecom licences illegal—but it may leave it to the government to take a decision. This will provide both time and opportunity for companies to wriggle out of the mess as there would be delays and litigation on any decision the government seeks to take.

But there will be more action for sure. With the CBI indicating that there will be more chargesheets, it is expected that the other new licencees will also be named, especially the ones whose shareholding and ownership has been questioned. So companies like Loop Telecom, which has more or less escaped action, may come in the net for their links with Prashant Ruia’s Essar Telecom. In fact, there is a strong speculation that Loop may figure in the CBI’s third chargesheet, due soon. Others like Venugopal Dhoot’s Datacom and S. Sivasankaran’s S-Tel may also figure in the lists for issues like paid-up capital at the time of application.

Sources reveal that unlike the earlier ones, the remaining chargesheets will be specific to companies and issues. This, sources say, will be to ensure that no one escapes punishment for their role in the scam. And there will be more arrests. The Enforcement Directorate (ED) has called Kanimozhi for questioning later this month—going by the pattern till now, she should be arrested soon. Radia will be in the spotlight too, considering the ED is now bringing in FEMA and money-laundering into the picture. With more companies being named, expect heads to roll. Sources aver that the “big fish” will be snared eventually. Provided, of course, that the net is strong enough.