With my kind of garam reputation, I have to keep several secret diaries. The most secret one is on Hemaji 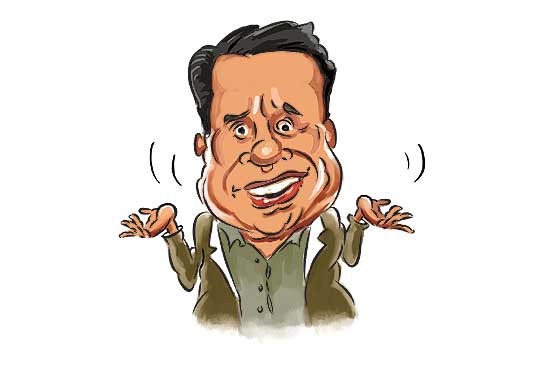 With my kind of garam reputation, I have to keep several secret diaries. The most secret one is on Hemaji (she has no access to it). Sunny and Bobby and the two daughters are mentioned in diaries meant for them. Play safe with women is my policy. Thereby I avoid earthquakes and tsunamis in my two homes. The old love nests are closed down. As media has reported, our marriage clicked because we lead our own lives. She does what she wants, I do what I want and many times I do what she wants. Hemaji acts, dances, arranges weddings for the daughters, models, produces films and so on. And now she is in politics! I warned her, but who listens to husbands these days? Hemaji goes to Mathura and becomes an authority on Vrindavan widows! There was some media criticism as well as congratulatory messages from the Thackeray family and fellow MPs like Kiron Kher, Meenakshi Lekhi etc. Smriti Irani agreed with Hem­aji that India was  grossly overpopulated like her own backyard, the UGC. It would be great if the widows were dri­ven away to Bihar, Bengal and other neighbouring states. I wish Hemaji would talk over this proposal with Mamataji (I would like to listen to that exchange ‘chupke chupke’!)

Never underestimate Hemaji, she will cling to her views. For instance, she’s going ahead with a huge dance drama next Diwali on her own version of ‘Rashtriya Ekta Buddhishali divas’ based on a girl, born in the south, who learnt dance all over, performed arangetram (I forget where) and then danced all over India, including in Gujarat where she was honoured with the ‘Ta Thai Rani’ title by former PM Morarji Desai who could not stand the show for more than seven-and-a-half minutes of which four minutes were devoted to his speech ‘Dance without emotions and nasha’. Occasionally, Hemaji talks about her younger days with me. Her antagonism towards widows arose when one of her pattis (widowed grandmothers) compared her unfavourably with a dancing rival, Kumari Kamala. A furious Hemaji took a terrible oath, that she would produce and star in a ballet Hemavin Sabatham (The Oath of Hema) which would outshine every other Indian ballet including Tamil author Kalki’s immortal historical dance drama, Sivakamian Sabatham (The Oath of Sivakami).

Now you know how dangerous Hemaji is when aroused. When she says no more widows will be allowed in Vrindavan from Bihar, Bengal and other neighbouring states, she means business. She will seek cooperation from the Ganga Purification ministry headed by Uma Bharati to cleanse Vrindavan of widows.