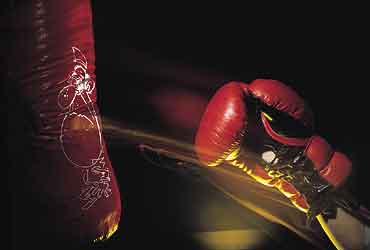 In fact, when the middle class sees itself in juxtaposition with the politician, the result is a black-and-white montage. If the middle class is hard-working, educated, productive, conformist, tax-paying, law-abiding, patriotic and god-fearing, the politician is its photo-negative: a self-serving, venal, parasitical, power-hungry, morally and intellectually deficient upstart.

Indeed, politics itself has become little more than a spectator sport for the urban middle class, says author Khushwant Singh. "It’s a circus...politics is at best a source of shock and amusement. It’s possible to surmise that a distinctive middle- class identity has been culled out from a collective hostility and disconnect with politicians and political activity," he says.