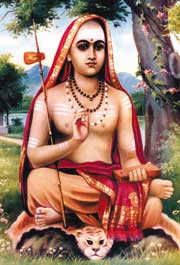 Much has been made of the so-called phenoMenon of Malayalees stalking the corridors of power in various government ministries. Is there a precedent for the wily Malayalee brain? You bet, say researchers uncovering the remarkable work by early Kerala math wizards. A sample:

Madhava (1350-1425)
Deserves to be considered as one of the greatest mathematicians ever. Probably the first to work out mathematical analysis, the basis for calculus. Some of Newton’s late 17th century ‘discoveries’ were actually pioneered by him.

Parameshwara (1370-1460)
The mathematician-astronomer, a student of Madhava’s, produced works like the mean value theorem (another calculus fundamental) and in geometry that European mathematicians replicated 350 years later.

Nilakantha (1444-1544)
He would extend some of Madhava’s work, in addition to writing one of the definitive works on astronomy of the time. Leibniz would merely repeat some of his work on mathematical series in the 1670s.

Jayesthadeva (1500-1575)
His ‘Yukthibhasha’ is one of the major texts of the Kerala school of mathematics and astronomy. He, too, predated European giants in mathematics by a century (as well as anticipating Tycho Brahe and his planetary theory). 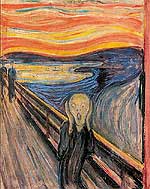 What One of the world’s most famous paintings; few remember the great Norwegian artist for anything else, such as masterpieces like The Madonna, alas.

Where Good question. It was stolen last August, though Munch did other versions that can be seen in Oslo.

So you thought you knew all about
Russell Crowe 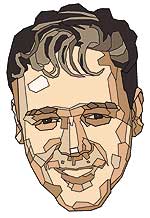 His showing as boxer Braddock in the just-released ‘Cinderella Man’ has critics raving. He’s also liable to scrap off-screen; like hurling a phone at an NY hotel porter. Spot the distortion here.

A. Sharon Stone called him "the sexiest man working in movies".

B. He’d accompany his parents, who ran a business catering for movie sets, to work. Caught his acting bug there.

Answer D. He was nominated, but didn’t win. He did win the year before for his role as Maximus in ‘Gladiator’.

We would use the word to mean a risk, obstacle or anything that could cause injury. But hazard a guess as to what it denoted through most of English language’s history, dating at least to Chaucer in the 14th century? Well, it meant a game of chance, played by throwing dice—in fact, the word is believed to have been derived from al zahr, Arabic for a gaming die.

A Mere Figure Of Speech