Want to be a citizen of the liquid nation? Try these tipples, currently the world’s extreme cocktails that make you slur in seconds.

Cosmopolitan
Call it the Sex in the City hangover; Cosmo is for the girls’ night in or when they paint the town red. In the mix are Vermouth, Bourbon, bitters, a Maraschino cherry and orange peel twist.

Screaming Orgasm
Always wanted it in multiples? Swill this. A blend of creamy coffee-flavoured Kahlua, thick Irish Cream, almond-rich Amaretto, vodka and ice. Don’t say we didn’t tell you how not to fake it.

Martini Solids
Forget fuddy-duddy Bond’s shaken-not-stirred syndrome. Try this inventive and wobbly-jelly version of the gin-slick. Served as cubes on spoons, which are stirred and set, so you can chew and swallow. 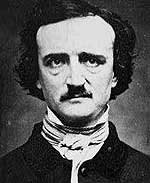 WHO The first modern fictional detective. Appeared in only three stories, but created most of the staples of the genre.

So you thought you knew all about
Brian Lara 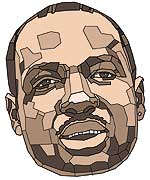 Last week, he joined a band of batsmen who have scored a ton against all Test sides. Spot the googly below.

A. "I took impetus from Dravid, Laxman and Patel," he said after a 2003 India-Australia Test.

C. In 2000, he batted in sunglasses to protest against not being given the team he wanted.

Answer C. Due to a growth on his eyeball, he was advised to avoid direct sunlight.

what is
Steak Tartare?

Meat at its most savage. Eaten raw by Mongols (Tartars), who slapped bleeding beef under their saddles and rode till it was pulverised and edible. Frenchified last century with the addition of tartar sauce and raw egg, often served by writer Gertrude Stein to artist Pablo Picasso in Paris. It’s tamest version yet? The flame-licked meat patty from Germany, which we chomp as hamburgers.