The luckless Shakti Kapoor’s alleged sexual bad behaviour is nothing new in the celeb world. Here’s just a tiny sample of starry tastelessness.

Michael Jackson
Once perhaps the world’s greatest pop musician. Now a bizarre etiolated humanoid who may not know it’s not on to fondle little children.

Chuck Berry
Virtually invented rock and roll music. His career nearly died after being charged with transporting a minor girl across US state lines for prostitution.

Roman Polanski
Charged with forcing himself on a 13-year-old girl, fled the US to France—where he promptly took up with 15-year-old Nastassja Kinski.

Rob Lowe
In the ‘80s, he was on par with Emilio Estevez, Charlie Sheen, and Tom Cruise. Then a sex video with an underage girl surfaced. Game over. 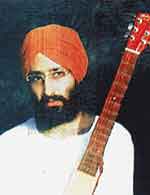 So you thought you knew all about
Steve Bucknor 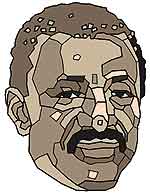 As Bucknor gave his very own nod-before-the-finger routine to the Calcutta Test, he became the first umpire to stand in 100 Tests. Spot his dubious call.

D. He took to umpiring after repeatedly getting bad decisions as a player in his native Montego Bay, Jamaica.

E. Has stood in all World Cup finals since 1992, as the Windies didn’t feature in these.

Answer C. Hockey? In the Caribbean? But Bucknor has been an international soccer referee.

So you thought slpeling was ipmorantt? A reearsch taem at Cmabrigde Uinervtisy syas it deosn’t mttaer in what oredr the ltteers in a word are, the olny iprmoatnt tihng is taht the frist and lsat ltteer be in the rghit pclae. The rset can be a taotl mses and you can sitll raed it wouthit a porbelm. Tihs is bcuseae the huamn mnid deos not raed ervey lteter by istlef, but the wrod as a wlohe. Such a cdonition is cllaed Typoglycemia.

We Own It, We Show It