Heard of Microsoft’s project for an ‘e-nabled’ human, arms as keyboards et al? What’s next?

<< Tokyo University’s working on a Harry Potter-like Invisibility Cloak, covered with tiny light-reflective beads, which could help pilots see runways through the floors.

>> Honda’s pathbreaking humanoid robot Asimo can walk, turn, climb and even dance—and should be invaluable years later to the elderly and infirm.

<< Sweden’s Interactive Institute has developed Brainball, a mind-reading anti-game. Relaxing is the key to success and mentally pushing a ball across a table. 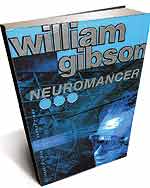 What’s the story Cyber-cowboy Case is driven off the info superhighway after a double-cross. But is he working for the technology he’s trying to control?

Need to know Gave birth to the term cyberspace. Massive influence on cult books/movies (The Matrix, for example).

So you thought you knew all about
Lisa Ray 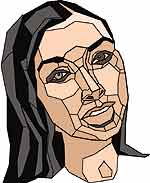 The ‘Afreen-Afreen’ lass is finally in filmi ‘Water’. A perfect 10, but is there something amiss?

A. Born in Canada of a German mother and a Bengali father, Lisa aspired to be a novelist.

B.? Discovered by Maureen Wadia at age 16, when she moved to India after a family accident.

D. Made her film debut in 2001 with Vikram Bhatt’s ‘Kasoor’. Deepa Mehta cast her in ‘Bollywood Hollywood’ and ‘Water’.

E. Next film: ‘The Arrangement’, a love comedy shot in Texas.

Answer A. Was actually born to a Polish mother.

French term for the main group of cyclists in a race, also known as the field or main pack. In other words, what Lance Armstrong breaks out of every year at the Tour de France to win the yellow jersey.