For 20 years, no one reinvented the music and look better than her. As Madonna begins her 2004 concert tour, we look at past avatars.

2001 The Drowned World tour threw fat club grooves in the mix. And looks to match the global influences.

1993 By the time of the Girlie Show, the excesses of Sex were history. Chic but entirely danceable tunes.

1990 The Blond Ambition tour will always be remembered for that Jean Paul Gaultier top. The music gets hotter.

1987 By the Who’s that Girl world tour, the music and look still got you dancing, but often traded raunch for cool. 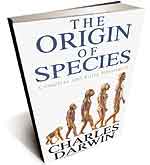 Most memorable reaction Darwin’s friend and fellow naturalist T.H. Huxley: "How extremely stupid of me not to have thought of that."

So you thought you knew all about
Michael Moore 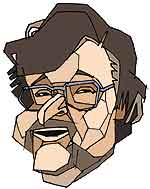 A. Born in Flint, Michigan, a town whose destruction by General Motors was scathingly chronicled in his docu Roger & Me (1989)

B. His book, Stupid White Men, outsold David Beckham’s bio in the UK in 2003.

C. Oscars ’04 featured him being crushed by a ‘Lord of the Rings’ elephant while delivering 2003’s anti-Bush rant.

E. Next film, Sicko, to look at US healthcare.

Music, as by J.S. Bach, that distils the fundamental order of the universe. The illumination of figures against deep shadow as painted by Caravaggio—a florid architectural and sculptural style. The expensive, hard to dust furniture that crowds most wannabe baroque homes.