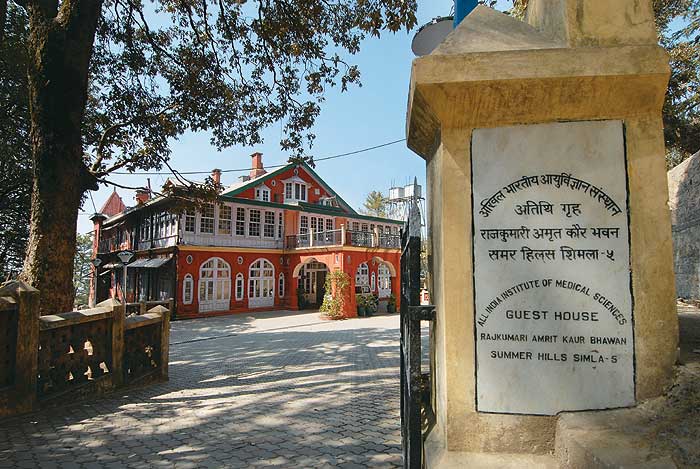 Towards the end of the 19th century, some months after Rudyard Kipling had left Northbank, his house in Shimla, he wrote to its then occupant Edward Buck, the Reuters agent in India: “Do the monkeys still come to Northbank and steal the hairbrushes off the table?” Monkeys in the vicinity of Northbank, situated just below Catholic Hill, don’t just steal hairbrushes. They also, as residents will tell you, waylay unsuspecting elderly walkers. It’s a vivid image of life in Shimla, just like North-bank itself, or Rothney Castle, Inverarm, Jungle House, and many other Raj-era residences dotting this erstwhile summer capital of Imperial India. Each house has a tale to tell, of grand parties, famous occupants and even ghosts. So, when the Himachal Pradesh tourism department began its initiative to get residents to talk about these old houses, what began as a somewhat diffident venture called Har Ghar ki Kahani ended up capturing the imagination of Shimla-lovers in unexpected ways.

Hand-me-down memorabilia, pictures, documents, letters, tales, reminiscences, anecdotes—some authentic, others more in the realm of legend—are pouring into the office of director, tourism, Dr Arun Sharma. Residents, expatriates, amateur historians, even passers-by Sharma encounters on his morning walks, have all got into the act. Hugh Rayner, an antiquarian bookseller in England, wrote in to offer a treasure trove of original photographs from the early 1850s to the 1930s of Shimla homes, residents and events—all because, he said, he nursed a special affection for the place.

“All we wanted was to revive the Shimla-dweller’s interest in the town’s heritage and create some public sentiment about the mindless urban growth it is now witnessing,” says Sharma. What the department has got as a bonus is a deluge of material that will go into the making of a lively coffee-table book, and help to market Shimla not just as a “hill station” but the heritage town it manifestly is. Says Raaja Bhasin, a Shimla historian who is helping to bring out a book based on the project: “The exercise is reintroducing Shimla to its residents, the town to which they have become indifferent.”

The Holme: Once belonged to the family of the legendary painter, Amrita Sher-Gil. Her ‘Simla period’ refers to the years between 1934 and 1938 when she painted in a special studio built for her adjacent to The Holme. In the words of her mother, Antoinette, “It was here that she painted many chef d’oeuvres...she sent to the Paris Grand Salon and for which she received prominent mention in French art journals.” Now owned by the automotive group, Escorts, which uses it as a company guesthouse. Extensively renovated, but the structure, gardens and Amrita’s studio retain their original character.

Though Shimla’s most famous residence is the Viceregal Lodge—the summer residence of the British Viceroys, which now houses the Indian Institute of Advanced Studies—its colonial tapestry is made up of many other distinguished and history-rich residences. Many were home to famous occupants, and local lore has it that some haunt them. The ‘ghost’ at Rothney Castle, for instance, is said to be that of its illustrious one-time owner, Allan Octavian Hume, the founder of the Indian National Congress. It is a fitting story for a house in which seances were once held, thanks to Hume’s deep interest in the occult. With its magnificent ballroom, it is one of colonial Shimla’s grand houses, with a distinct air of going to seed. There have been rumours that the Congress party will buy it, but for now, it’s just Shimla gossip.

On the other side of the town, on Summerhill, another old residence, The Holme, has an equally colourful past. This is where the legendary artist, Amrita Sher-Gil, lived and painted in the 1930s. An evocative piece in Bhasin’s possession, written by Amrita’s mother Antoinette, after her death at the age of 28 in 1941, captures her life here: “Diligently she would work in the spacious beautiful studio I built for her at Summer Hill. She was always most grateful for this and loved working in this quiet undisturbed place.”

A short walk away is Manorville, Raj Kumari Amrit Kaur’s elegant brick and timber mansion, now the guest house of the All India Institute of Medical Sciences. Since Kaur, India’s first woman cabinet minister, was a close associate of Mahatma Gandhi, he often stayed here while visiting Shimla, and his spartan room has been preserved as it was, with old furniture and bric-a-brac. 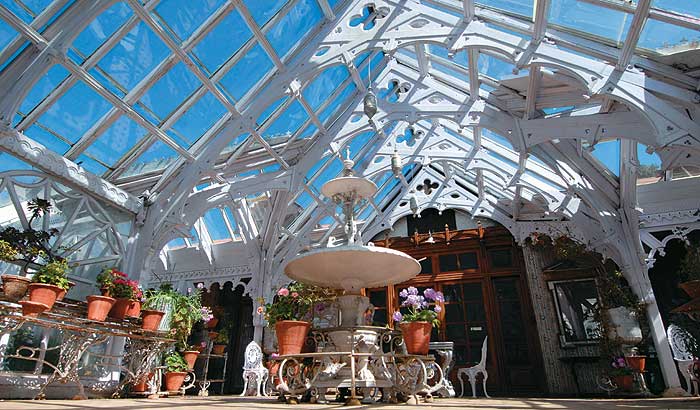 Rothney Castle: A.O. Hume, founder of the Indian National Congress, bought it and turned it into one of Shimla’s most magnificent homes, with a grand ballroom, and held seances here. Later, the house passed into the hands of Lala Chunna Mull of Delhi, and is still with his descendants.

Also on Summerhill are Belvedere and Woodfield, two charming cottages with their own distinct histories. The former is the one-time home of the Syrian jeweller A.M. Jacob, after whom the world’s sixth-largest diamond, the Jacob Diamond, was named. The story goes that this jeweller, who persuaded the Nizam of Hyderabad to buy the famous diamond (later acquired by the Indian government) for £40,000, eventually left Shimla and Belvedere penniless.

As Har Ghar ki Kahani gathers pace, with its rich fund of stories, it is striking a chord with many who have moved away from Shimla, and carried their memories with them. Says Puneet Sidhu, who spent her childhood here and sent in an anecdote when she heard about the project: “This project has its heart in the right place. It is counting on nostalgia to overcome people’s disgust with the concrete jungle Shimla is today.”

Vimla Kuthiala, another former resident, promptly put pen to paper and sent the tourism department a vivid five-page account of life in Shimla in the 1930s, when she was a schoolgirl. It contains a riveting description of the Viceroy’s birthday celebrations.

However, along with enthusiasm, the project has raised expectations that the tourism department might find hard to deal with. Says homemaker Manju Sharma, “ It would be really nice if the department could facilitate visits to these houses.” But many of them are in private hands and gaining access is not easy, as Outlook discovered during its own visits to these homes. 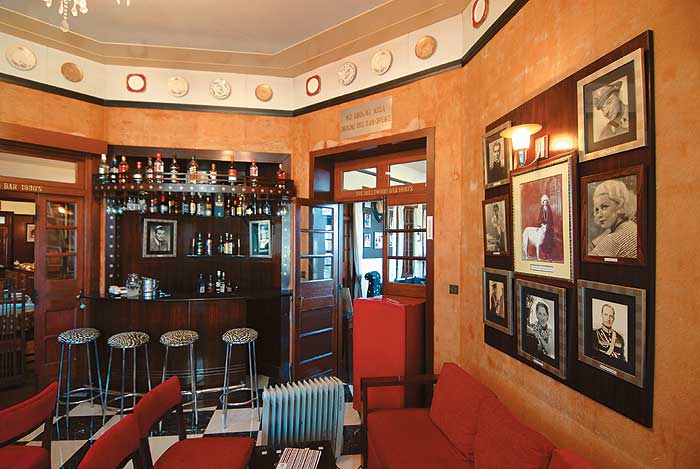 Woodville: Was the residence of four successive commander-in-chiefs of the Indian army, later bought by a princely family, who knocked down the original house and constructed an art-deco mansion in its place. Now part-hotel-part-home for the descendants of the Jubbal rajas.

Also in the spotlight is the shabby condition of many of these historic homes. Woodfield, a rambling bungalow where the celebrated Rabindranath Tagore lived for one summer in 1893, is in a deplorable state. Belvedere used to house the junior school of Shimla’s  Auckland House School, but had to be vacated because it was declared unsafe. Principal Sunita John told Outlook that it was damaged because the government dug a tunnel under the school. “Since we permitted the government to do their work on our heritage premises, in good faith, we would also like it to help us rebuild it, along the old lines. Belvedere is special to us.”

Meanwhile, Surender Thakur, who looks after Rothney Castle, for the current owner, Rajesh Mohan, told Outlook that the family had been unable to repair the period building for want of government permission, which only came through very recently. Restoring it will be no easy task. But perhaps Hume’s ghost, if it is indeed hovering around, will draw some consolation from the fact that at least the stories of this grand house, where even Jawaharlal Nehru once played billiards, are being remembered.