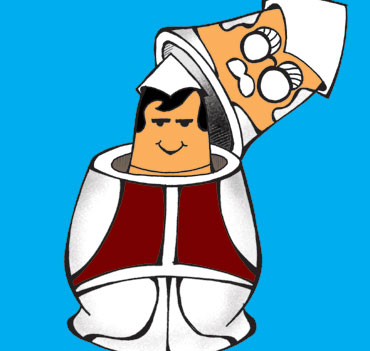 outlookindia.com
-0001-11-30T00:00:00+0553
Dynastic politics is common enough throughout South Asia not to shock. Father to son or daughter, or spouse to spouse, the handover of government and party leadership through patriliny or matrimony is a constant. The United States seems the only other place in the world where political dynasties have delivered governors, senators and presidents with similar regularity.

There is family rule elsewhere to be sure, not forgetting Bashar al-Assad in Syria, Kim Jong-Il in North Korea, Megawati Sukarnoputri in Indonesia, and Raul Castro, who has just followed brother Fidel, in Cuba. But it is in South Asia that political dynasties find the soil to be the most fertile, and the glamour of the political nobility rivals only that of the long-standing monarchies of Bollywood.

The lineages of today are obviously a throwback to the monarchies that have been part of our history and cultural lore. We recreate the ruling class of our past—the nawabs, rajas, rajautas, maharajas, peshwas, ranas and all other kinds of king-emperors and satraps.

Looking ahead to a post-dynastic subcontinent, perhaps Nepal can be considered something of a harbinger. In the throes of catharsis and constitution-making, Nepal is about to shake off two dynasties at the same time: one a historical monarchy, and the other a political lineage of the modern era. The Shah dynasty, responsible for the consolidation of the Nepali nation-state over two centuries ago, will bite the dust in the coming weeks, as the newly-elected Constituent Assembly meets for its first sitting.

Simultaneously, the Koirala clan was brought up short by the elections of April 10, even as the Communist Party of Nepal (Maoist) stormed the citadel. The only family in the world to have three blood brothers as prime ministers to its name, it was the political visionary B.P. Koirala who gave fillip to the clan's fortunes, much as his contemporary Jawaharlal did for his descendant Gandhis. But the momentum has now run out, and the relatives of the ageing and ailing Prime Minister Girija Prasad Koirala were routed in the polls, with a lone survivor.

It is unlikely that Nepal's example will be emulated in the neighbourhood anytime soon, however, and dynastic control will undoubtedly linger. True, up front there is no scion in charge of any national government today. But in at least two (India and Pakistan), they are the power centres working from behind the curtain; while in another two (Bangladesh and Sri Lanka), they are in a holding pattern.

The Gandhi family, in a direct line from Jawaharlal to Sonia, holds the reins of power in New Delhi, 'yuvraj' Rahul not to be forgotten. You would have thought that familial succession in Islamabad was ended with the passing of Benazir in December, but widower Asif Ali Zardari and son Bilawal came forward to hold the reins on the basis of a will, the latter adding 'Bhutto' to his name.

The record of women in lead positions in South Asia is unmatched, but the mantle has been passed in all cases after an assassination. Thus, as the torch was passed from Rajiv to Sonia, it was also Aung San Suu Kyi who picked up after her slain father. Begum Khaleda Zia filled the shoes of Zia-ur; Sheikh Hasina Wajed that of Mujib; Sirimavo Bandaranaike of Solomon; and her daughter Chandrika Kumaratunga Bandaranaike of Vijaya. While Indira Gandhi was groomed for politics, the fact that the other ladies were able to hold their own in the hurly burly must be regarded as a tribute to their resilience as politicians.

In India, while Communist parties have tended to stall the continuation of bloodlines, the more paternalistically feudal parties have no qualms on that score. When Laloo Prasad Yadav is barred by law, Rabri takes over as Bihar CM. And the choice is generally the closer relative rather than the distant one, as in the case of Uddhav Thackeray or M.K. Stalin. To understand the India of tomorrow, the rest of South Asia better learn to recognise the names—Scindia, Pilot, Patnaik, Abdullah, Chautala, Pawar/Sule and Deve Gowda/ Kumaraswamy.

Why is the South Asian attracted to those who inherit state power? Is it just a matter of branding? Or is it a security blanket that we seek, hoping that those who are already at the top will exhibit decorum and grace rather than engage in pelf and pillage? Perhaps it is also the expectation that the descendants will not be as corrupt or ruthless as the forebear.

Whatever the reason, the continuing familial control of so much of our political institutions indicates a certain degree of immaturity. When dynasties become an anachronism, we will finally be on our way to true pluralism and inclusive democracy.

Who Needs Family, We Have A Parivar