With the delimitation commission seeking nomination of Lok Sabha members to be party to readjusting the boundaries of constituencies, the National Conference is left with no choice but to decide one way or the other 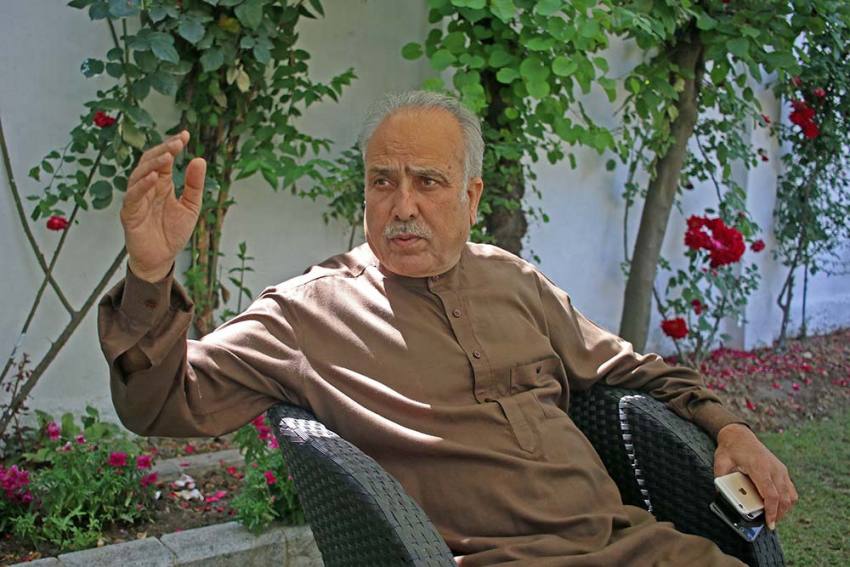 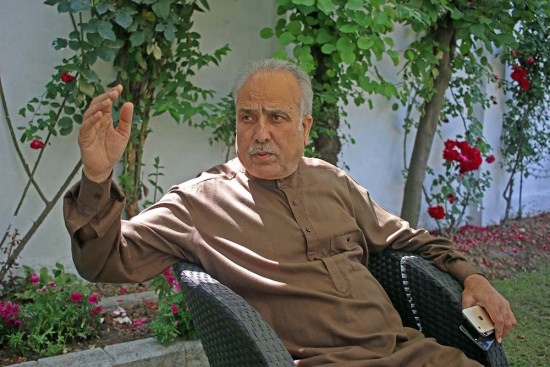 In the new political setup following the bifurcation of the former state into two Union territories and in the absence of Article 370, the constitutional provision that gave Jammu and Kashmir a semblance of semi-autonomy, leading regional party National Conference has a tough decision on its hands. With the delimitation commission seeking nomination of Lok Sabha members to be party to readjusting the boundaries of constituencies, the National Conference is left with no choice but to decide one way or the other. The party has three members, including its president Dr Farooq Abdullah, in the Lok Sabha. Main regional rival People’s Democratic Party has already dismissed the delimitation commission’s exercise as a ploy of the RSS and the BJP to undermine Jammu and Kashmir’s majority community.

“We are against the decisions taken on August 5 last year that stripped us of our autonomy and identity, and took away our constitution,” says National Conference MP Justice (retd) Hasnian Masoodi. “We went to the Supreme Court saying all the decisions taken on August 5, including abrogation of Articles 370 and 35A of the Constitution, and bifurcation of J&K into two Union territories, are unconstitutional, unilateral and cannot be sustained. As we oppose those decisions and ask the court to strike down the J&K Reorganisation Act, it means we can have nothing to do with the delimitation commission. This is my position. I don’t know the party’s position on this.”

The J&K Assembly was dissolved in November 2018 and the state is under President’s rule. Elections are slated to be held in J&K after the delimitation commission completes its exercise, which the government is carrying out regardless of the National Conference’s view. A provision of the J&K Reorganisation Act makes the newly created J&K UT the only region in the country to undergo a delimitation exercise based on the 2011 census. It was excluded from the purview of the Delimitation Act, 2002, as Article 170 of the Constitution that deals with delimitation of constituencies of state assemblies had not been extended to J&K due to its special status under Article 370. In 2002, delimitation in J&K was frozen by the then Farooq Abdullah government in line with the decision taken by the then central administration.

While J&K Reorganisation Act says the number of seats in the J&K assembly would be increased from 107 to 114, polling would happen only for 90 of those seats, as the other constituencies are in Pakistan-occupied Kashmir (PoK). The BJP is set to demand more seats for former PoK refugees and Kashmiri migrants. “The refugees should be given some of the seats proportionately reserved for PoK and Kashmiri migrants should be given two seats,” says Ashok Koul, BJP general secretary in J&K. “There are many other issues on which the commission will decide according to the law. Instead of the population, terrain should be taken into consideration during the delimitation.” The population of Kashmir region is 68,88,475 (2011), while Jammu has a population of 53,78,538—and this is what the BJP is more concerned about.

The erstwhile state of J&K had 111 seats, including 24 reserved for PoK, and elections were held for 87 seats. Kashmir had 46 seats, Jammu 37 and Ladakh four. With Ladakh carved out as a UT, the assembly was left with 83 seats. “Since Article 370 was revoked last August, the BJP has not done anything about delimitation and thus delayed elections,” says Panthers Party leader Harsh Dev Singh. “There is chaos in J&K as it is ruled by bureaucrats from outside with no understanding of the issues here. Why did it take them so long to constitute the commission, which has done nothing so far? Why are elections not held? Because the BJP doesn’t want anything.”