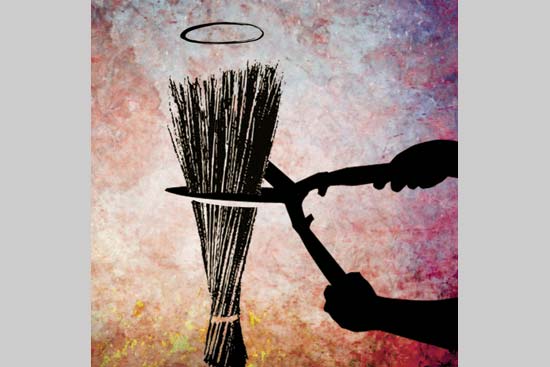 The confrontation between Delhi chief minister Arvind Kejriwal and Lieutenant Governor Najeeb Jung over who rules Delhi has reached the Supreme Court. On the surface, it looks like a war for control over decision-making between two governments: the Narendra Modi-led government at the Centre and the Kejriwal-led AAP government of Delhi. The question is: should the first prevail over the second?

It’s not about procedure; it’s about policy. Jung’s attempt to deprive the AAP government of the power to choose its bureaucrats is an attempt to take away its power to govern. Kejriwal has not questioned the limits set on the state government’s powers by the Constitution. On the contrary, he wants to know under which Articles of the Constitution is the Union government denying him the right to appoint officials of his choice.

Kejriwal is right. The 69th Amendment to the Constitution assigns charge of public order, police and land to the Union government. It mandates that, of laws passed by Parliament and the Delhi assembly on the same matter, the one from Parliament will have supremacy. But there is not a hint at limitation of powers in any other sphere of governance, including appointment of bureaucrats. So it was not surprising that on May 25 the Delhi High Court struck down a Union home ministry notification taking away these powers from the Delhi government. If the Union government were allowed to prevail, it would reduce the Delhi administration to little more than an oversized gram panchayat. Worse, it will set a precedent. So there is nothing alarmist about Kejriwal’s warning cries about the Centre taking over other state governments in future.

This is not just a constitutional issue. For AAP is not just another party, born out of caste or religious mobilisation, and with a vested interest in perpetuating a ‘clienteleist’ political system and feasting on the state. It was born out of a revolution against this system and its exploitation of the poor and powerless through corruption. The discontent the system has bred has found periodic expression through the violent Naxalite and Maoist movements. The public interest litigation, and later, the RTI Act, were the only peaceful means available for this.

But AAP has given this discontent a chance to express itself through the electoral system. It is therefore the democratic expression of  a popular revolt. If thwarted—if it is not allowed to bring about change and is later discarded by the poor because of its impotence—it could open the gates for violence on a larger scale. A small dose will suffice to scare away investors and blight India’s future.

AAP has succeeded most spectacularly in Delhi because, with the possible exception of Calcutta, it’s the most politically mature part of the country. All but a fraction of its 16 million inhabitants have come from different parts of India in search of a better future. Far more than other parts of the country, therefore, Delhi’s electorate has left caste and creed behind and is voting on the basis of class. AAP is the party of the have-nots. With the trade union movement almost moribund, and with nine out of ten workers in the unorganised sector, AAP is the only vent for transition through social democracy.

Kejriwal came in with an explicit mandate to begin this transition but has so far been tripped at every turn. If the Centre succeeds in making his government impotent or forcing it out of power, the poor will conclude that the democracy they put their faith in was a hoax. It will be a short step for them to turn to violence. They are liable to reach this conclusion all the more readily because questions have been raised about both Shakuntala Gamlin (the bureaucrat in the middle of the drama) and Jung’s relationship with the business groups headed by the sons of the late Dhirubhai Ambani, founder of the Reliance Group. Kejriwal’s doubts about the advisability of appointing Gamlin arose when she advised the power minister that a “letter of comfort” to be issued to power distribution companies in Delhi to enable them to raise loans totalling Rs 11,000 crore would not amount to a government guarantee when experts said it would. Two of these belong to the Reliance ADAG group. And Jung has never satisfactorily explained why he has kept a consultancy relationship with Reliance Industries, which goes back a decade or more, according to his gubernatorial biodata.

Perhaps there are simple explanations for these connections to the industrial groups. But in politics, perception is everything. If Kejriwal is hounded out, big business will be held responsible. And the class divide will harden. That’s the last thing India needs.

(The writer is a senior journalist and columnist.)