‘Delhi Pollution Can Cause Lung Cancer And Premature Death’

Tackling a heavy load of patients Dr J.C. Suri, a leading pulmonologist, says that high levels of air pollution can also result in underdeveloped lungs in children and even the possibility of lung cancer. 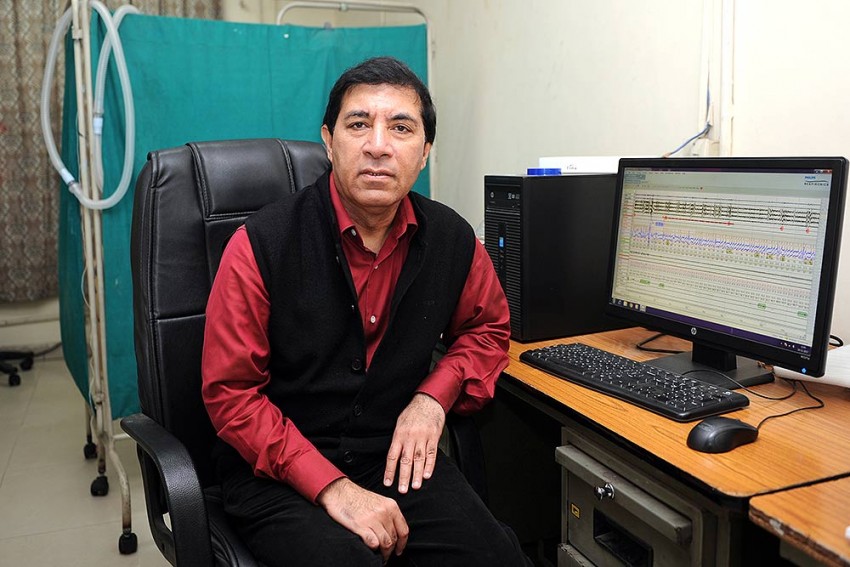 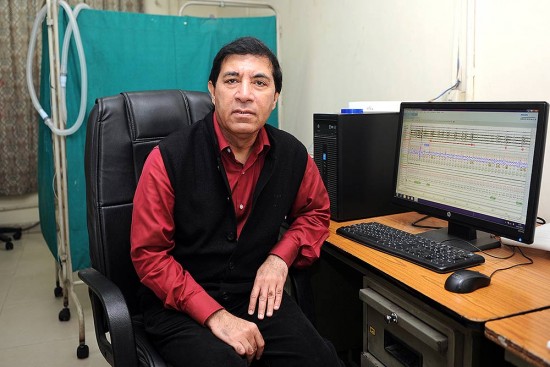 Tackling a heavy load of patients, many of them on nebulisers, Dr J.C. Suri, a leading pulmonologist and head of the respiratory medicine department at New Delhi’s Safdarjung Hospital, says that high levels of air pollution may cause rapid deterioration in heart and lung patients, even early death. In an interview with Lola Nayar, Dr Suri warns that pollution can also result in underdeveloped lungs in children and even the possibility of lung cancer.

What is the long-term impact of air pollution? Can it lead to killer diseases such as lung cancer?

Several studies have been done to evaluate the long-term impact of exposure to various air pollutants. The long-term impact can be chronic respiratory diseases. People with chronic heart diseases or respiratory diseases are more vulnerable and their condition becomes worse. When the pollutant levels are high and the exposure is of a longer duration, then there can be damage to the lungs due to the wide variety of chemicals and particulate matter, which can slowly damage the lungs and cause fibrosis. It can also cause lung cancer, which is associated with smoke and combustion fumes, particularly from automobiles. The various nitrogenous compounds are also associated with risks of lung cancer. Lung cancer is one extreme, but in the case of those having chronic respiratory diseases, or those who have suffered from angina or heart attacks, undergone stenting or other heart surgeries, there could be rapid progression of the disease. This could lead to early or premature deaths.

Are those with asthma and other respiratory issues the most vulnerable? Or can it take a toll on the health of even otherwise healthy individuals?

The most vulnerable are those with chronic respiratory diseases such as asthma, COPD (chronic obstructive pulmonary disease) and those with heart conditions. Senior citizens are also vulnerable as they may be having undetected heart diseases; many have hypertension. Diabetics, pregnant women and children are vulnerable for a number of reasons. As children are usually outdoors, playing in the parks, they are physically more active than the adults and take in much more air per kg body weight, which also means inhaling more pollutants. Children’s lungs are still developing, so they are much more affected by the pollutants. This would have a long-term impact as their lungs may not develop to their full potential. Around 10 per cent of children may be asthmatic and their problem may become much worse. Even among healthy people, there are many who may be genetically more vulnerable to pollutant effects.

Are issues related to smog and other air pollution events restricted to the winter months or are citizens increasingly at risk throughout the year?

The effects of air pollutants are ­weather-specific also. When we talk about air pollution, we talk about the air quality index. In the Clean Air Act, four types of pollutants have been identified. The most important is particulate matter. The other thing is the ozone, ­particularly the ground-level ozone. There are two types of ozone—healthy and unhealthy. The ozone that is 6-20 miles above us protects us from ultraviolet rays, but the ozone at the ground level is produced due to ­pollution by vehicles or coal combustion or power plants. When there is plenty of sunlight exposure, it results in release of ground level ozone. So, ground-level ozone pollution will be more in the warmer months. On the other hand, particulates, ground-level ozone, carbon monoxide, sulfur dioxide and nitrogen dioxide—what goes into the air quality index—are found more in winter. The risk of carbon monoxide in particular rises in winter due to ­incomplete combustion of carbon when coal is burnt as the supply of oxygen is poor. Depending on the conditions, particulates can be there throughout the year.

In particulates, you have two types—the coarse (10 micr­ons) and the fine (2.5 microns). The coarse particulates are caused by crushing and grinding of stones or when vehicles ply on the roads and the road dust become airborne. So if you live near roads with traffic movement, you would be inhaling the coarse dust throughout the year. The fine particulates come from auto­mobile, wood or forest fires, wood or coal fuels in homes, agarbattis and candles. Many of the sources of pollution are perennial, but due to lack of sun, the levels of pollution can go up further in the winter months. In winter, there is increased risk due to carbon monoxide as it gets attached to our haemoglobin, impacting oxygen supply to vital organs. This makes people vulnerable to heart attacks, angina and so on. 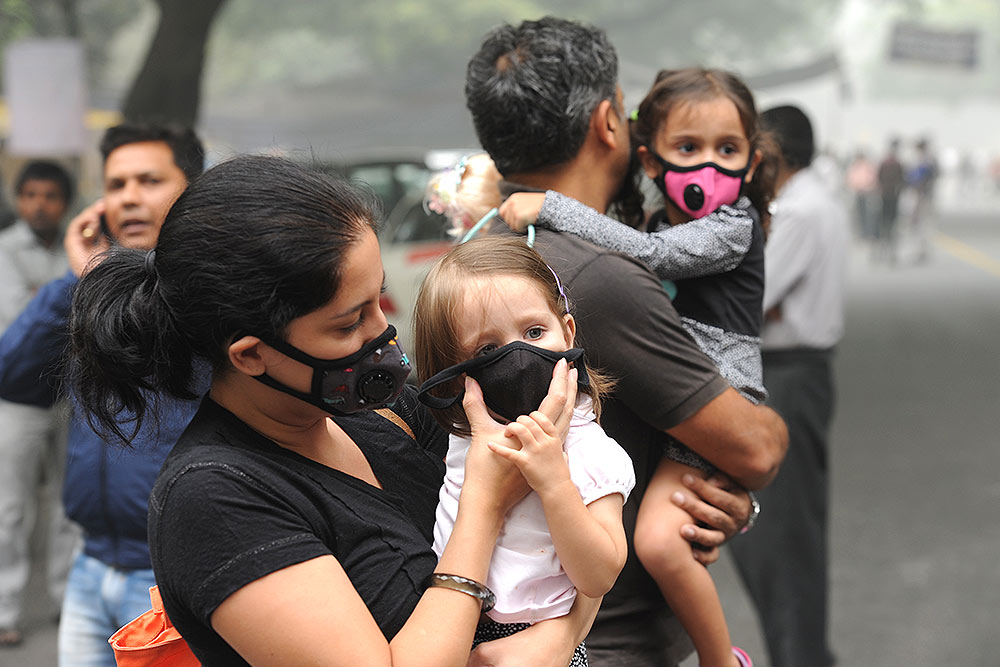 What is the most distressing aspect of air pollution that is being overlooked?

Unfortunately, we are overlooking almost all aspects of air pollution whether it is crop residue burning, wood burning or the rising number of vehicles on the road, or the dust on and around our roads, or our coal-based power plants. You cannot say that by taking one measure, you will be able to contain the pollution or its impact on people. There has to be a comprehensive plan to control pollution levels.

How is rising pollution manifested in the patients you are handling? How is it affecting the lifestyles of people?

When the air quality is poor, it is bound to affect the lifestyles of people. If you are an outdoor person, who likes to go for jogging, walking or sports, your movement from home is restricted, particularly in the Delhi winter as the fog and dew trap the particulates in the absence of air movement.

Many people are talking about leaving Delhi and relocating elsewhere. Are patients coming from other cities and towns faring any better than those in the national capital region (NCR)?

Not just in NCR but in the entire Indo-Gangetic belt—a landloc­ked region—the ­pollutants get trapped in the atmosphere longer due to the lack of air movement, more so in winter. In favour­able weather conditions or in the coastal region, the pollutants would have dispersed and brought some relief. We get patients suffering from respiratory and heart conditions from the entire northern region. The number and severity of cases rise substantially in winter months. When the pollution level goes up significantly, everybody is affected to some extent and not just the patients. People with chronic conditions may be affected more. 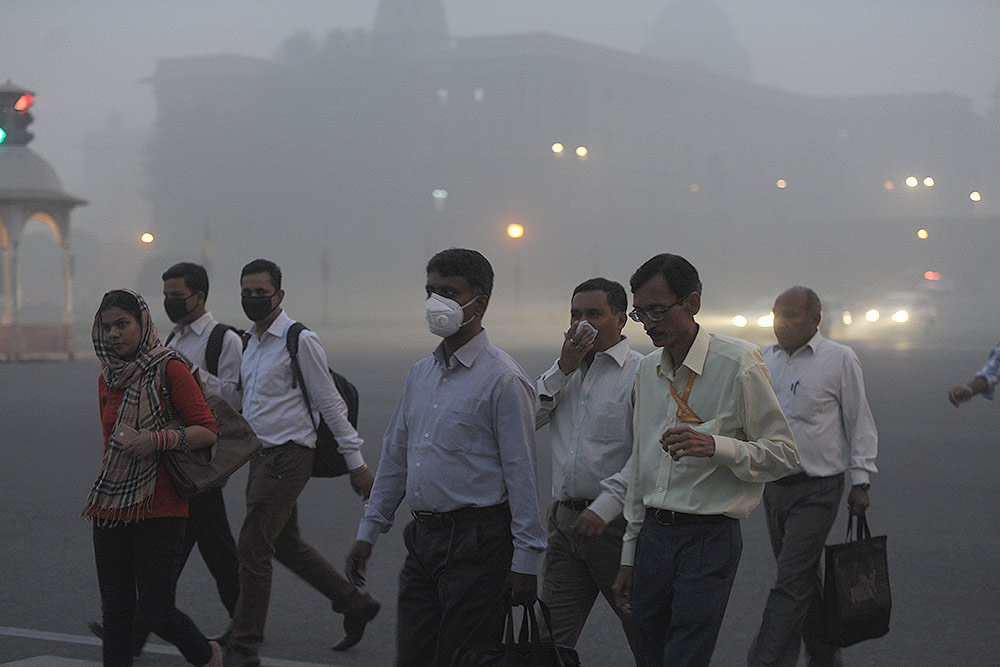 Does use of air purifiers at home and in offices limit the impact of air pollution or does it only bring a false sense of security?

As the same air comes indoors, when the particulate level is high outdoors, the level of pollution outside will be reflected indoors too. Air purifiers help bring down the level of particulates indoors, but for that you would need big air purifiers or air cleaners or air filters, like centrally air-conditioned homes and offices. Else the option would be to have a filter in the room where you spend the maximum time and which has minimum doors and windows. This would help to significantly reduce your exposure to air pollutants. But then even air purifiers or filters have a limited capacity to clean the air. If the pollution levels are far above permissible levels, then even air filters will fail to improve the air quality to desirable levels. It is just like air-conditioners failing to provide relief when the outside temperature soars above 48 degrees celsius.