The regulatory tool seeking to minimise damage from the menace of mounting NPAs was given new teeth, but it will be a long and hard road to recovery 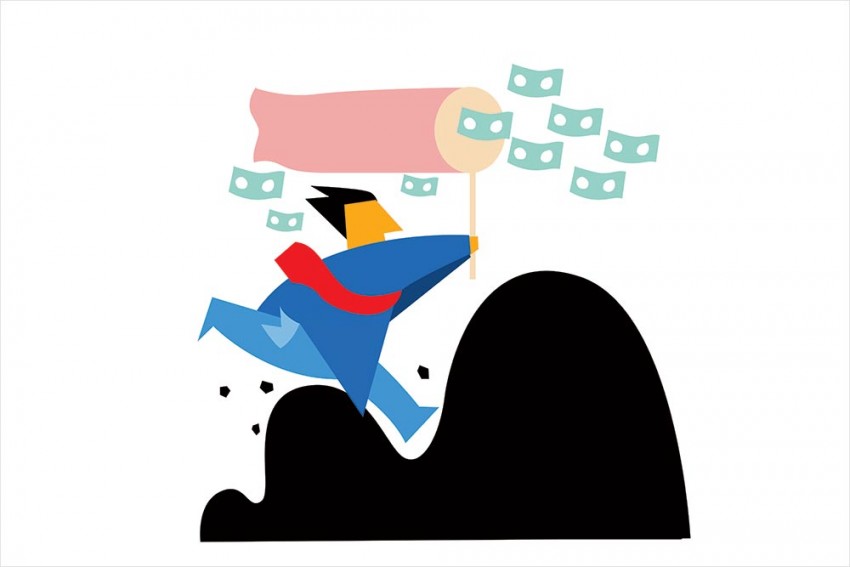 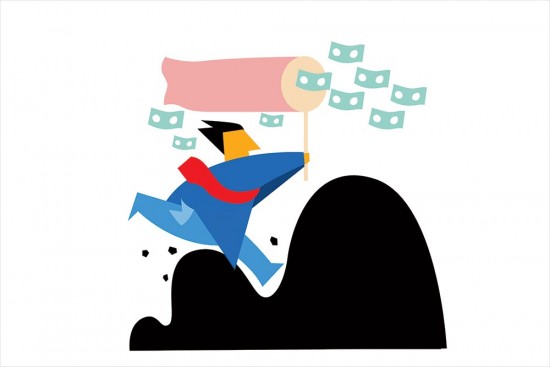 The Insolvency and Bankruptcy Code, or IBC, is in the news again. This time, some are wondering whether the code is ­being diluted to soften the blow of NPA (non-performing ­assets) resolutions on defaulting companies. Over 4,700 cases have been referred to the National Company Law Tribunal (NCLT): these include cases under BIFR (Board of Industrial and Financial Reconstruction) and in various high courts. The prime tool in this marathon exercise—to get back lakhs of crores of bank funds stuck in debt- laden companies through asset sale—is the IBC 2016, which was amended last year to debar promoters of the ­defaulting companies from re-acquiring the distressed assets. As with all efforts to get corporates to repay their bad debts, IBC implementation too is not without its share of pulls and pressures. It raises the question of whether the industry is out to stall the process of auction or liquidation of bankrupt companies.

“I don’t see it (as stalling the process) that way,” says Rakesh Bharti Mittal, president, Confederation of Indian Industry (CII). “With any major reform or policy initiative brought in by the government, there are going to be imp­lementation issues. There would be factors that may not have been envisaged when the policy was put in place, be it in the case of GST or the IBC. What we need to see is if it is good for the country. And the answer is a resounding yes as otherwise, we are looking at job losses and money going down the drain.”

Among the cases referred to the NCLT are 37 selected by the Reserve Bank of India. These include 12 cases in which the defaulters owe banks around Rs 2.78 lakh crore, with deadlines for liquidation falling within a month. But it seems unlikely that this deadline will be met given the innumerable unresolved ­issues. The IBC rules mandate that a bad loan resolution plan must be agreed upon within 270 days, failing which liquidation of the company’s assets is mandated. The ­remaining 25 companies referred by the RBI to the NCLT are part of the second tranche (referred to as the NCLT-II list), with a total bad debt of around Rs. 1.3 lakh crore.

The recent claim of the ruling BJP, that they have already recovered Rs 4 lakh crore from defaulting companies with the implementation of the IBC, sounds premature. The RBI data shows that public sector banks recovered only Rs 15,786 crore in 2016-17 fiscal and in 2017-18 till December 31, through all recovery channels, including the IBC, out of over Rs 8.4 lakh crore estimated NPAs.  On the other hand, in 21 months, till December end last year, loan amounting to Rs 1,65,955 crore had been written off, ­according to RBI data.

It may take some time to smoothen the wrinkles in the IBC. “It’s utopian to exp­ect that all loopholes will instantly disappear as a result of the suggested improvements,” says Raj Khosla, MD of financial services marketpkace Mymon­eymantra. “IBC implementation will continue to evolve for the next few months. But the process will, no doubt, expedite recoveries.”

Legal experts say that the resolution plans submitted in some of the companies identified by the RBI for proceeding under the IBC will help banks have a resolution with regards to their long-pending debts. “Whenever a new law is enacted, it usually gets litigated till its equilibrium is achieved,” says Krishnamurthy Subr­a­m­a­nian, associate professor of finance, Indian School of Business. “The biggest problem in India is that big unscrupulous promoters pay their way through the whole process. This is precisely the case with wilful defaulters. It’s very hard to legislate against unscrupulousness. Enacting a law is then like trying to fix four holes and seeing the unscrupulous promoters opening a fifth hole. Consequently, we are moving from one case to another and every case brings up a new feature.”

The process of bad loan resolution, particularly in the case of steel and ­cement companies referred to the NCLT, bears out that the task ahead is not going to be easy. The stakeholders in the de­f­a­ulting companies, the lenders and the bidders will face many challenges in the race to ­acquire distressed assets. In some cases, a lack of bidders is putting a question mark on how much the banks will forego in the process of resolution.

“The IBC amendment process could have been more consultative, keeping the door open for other views.”

Many experts feel the banking crisis could have been avoided to some extent if a bankruptcy legislation had been in place prior to 2016. The IBC is expected to bring in a sense of urgency to fix the problems within a finite period.

But why is it being tweaking only now? Some say the IBC is still a work in progress and it will take some years before it fully evolves. “The tweaking was to be expected as the law makers couldn’t have possibly foreseen all the problems. Public opinion made the government realise that defaulting promoters should not be allowed to participate in the bidding process (for auction of distressed assets),” says Vinayak Bahuguna, MD, CEO, Asset Reconstruction Company. He is of the view that the “process could have been more consultative, keeping the door open for views of opinion-makers and public debates before deciding on the best course of action.”

Bahuguna says the IBC covers companies that are too complex in terms of size, range of businesses and tasks. The SMEs are quite different from these very large companies, as they would have simpler, ‘vanilla’ borrowings. The larger companies will have int­ernational operations, may have foreign currency borrowing or have a derivative contract. “The IBC covers the ­entire gamut of scenarios. Earlier, under the BIFR, it was restricted only to the manufacturing sector, which was easier to understand and predict. But when you come to the services sector, like real estate, with the Supreme Court saying that the homebuyers interest must be protected, add to which the fact that contracting companies have other complications, it’s a gamut of problems that couldn’t have been expected from day one. To get to the highway you have to pass through other sections of the road, but surely, you are getting there,” says Bahuguna..

Notwithstanding the hiccups along the way, Bahuguna is confident that each improvement will be better in terms of clarity. Subramanian agrees that IBC is a step in the right direction but he points out that it is obviously not a panacea as it cannot substitute for banks not carrying out their businesses properly. “That said, it is better to have an IBC that evolves than no mechanism at all,” he adds. “Compared to the no IBC scenario, the borrowers now definitely have a reason to be scared about the fate of their business. Earlier, they could default with impunity. Now, even an operational creditor can take them to bankruptcy, which creates a threat for sure. Going forward, some of the current legacy loans will see a lot of jostling as the bankrupt companies try to push the boundaries of the legal system to extract as much as possible. However, further into the future, the IBC will be very useful.”

The developments so far have thrown up several crucial issues and some surprises, like offers to pay full dues as in the case of Uttam Galva Steels.  So, there is scope for improvement. Further tweaking of the IBC is surely on the cards. Its main test will be how much of the distressed assets are banks able to recover, and more importantly, how soon.