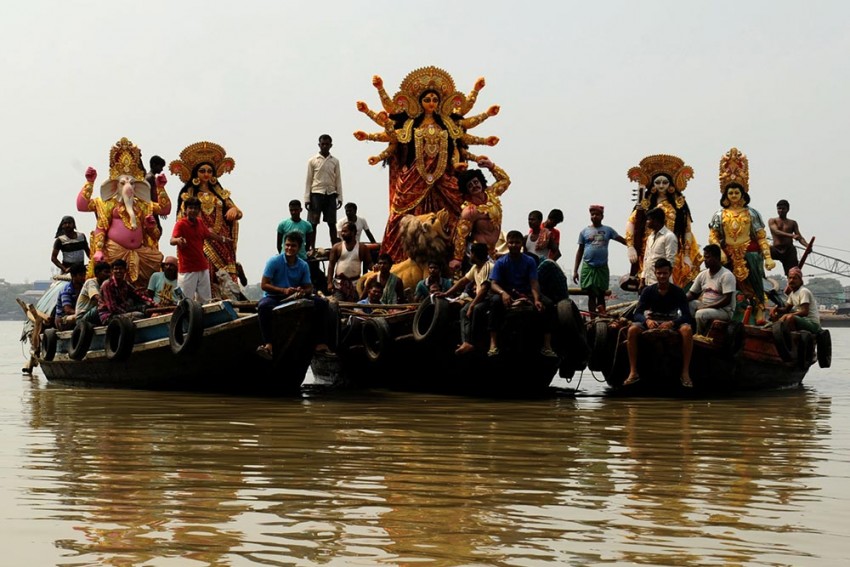 Image Of The Week
Boats Of The Divine Ferrying idols of Durga and other deities in Bengal ahead of the grand Durga Puja festival
Photograph by Sandipan Chatterjee
October 10, 2018 00:00 IST Deep Throat 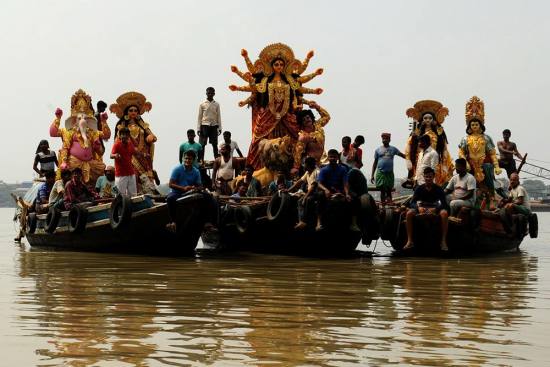 Fraternal feuds are an inextricable part of politics where ­dynasties have flourished over the decades. The latest to bear the brunt of it is the Yadav clan from Bihar where RJD leader Tejashwi Prasad Yadav and his elder brother Tej Pratap do not see eye to eye. The tension has been brewing ever since Lalu Prasad Yadav anointed his younger—and politically sharper son—Tejashwi as his heir-apparent. Now, eldest sister Misa Bharti, has entered the equation. Grapevine has it that she is miffed with her younger brother over her ­neglect in the party. After Lalu went to jail, she had expected a greater role, but Tejashwi hardly ever consulted her.

How The Lones Batted

Sajjad Gani Lone of Peoples Conference, who lashed out at mainstream Kashmiri political parties National Conference and the PDP for boycotting the civic polls, found a vociferous supporter in his wife Asma Khan Lone. Daughter of Jammu and Kashmir Liberation Front (JKLF) founder Amanullah Khan, Asma described PDP’s boycott as “theatrics”. She challenged them to boycott the assembly polls as and when they are held, adding that MLAs of both the parties should resign and give up their privileges. However, she didn’t say anything about the separatists—including the JKLF—which had also called to boycott the local polls. Though overall voting percentage was only eight per cent in the Valley, in Kupwara, which is home to the Lones, the percentage touched 30 per cent.

With parliamentary elections next year, TMC chief and Bengal CM Mamata Banerjee is said to have issued a diktat to party members that they should do everything in their power to ensure that the BJP does not win the hearts of the Hindus of Bengal. This is translating into eagerness by the TMC leaders, who are ina­ugurating Durga Puja pandals to display their popularity and show they are “people’s politicians” committed to the Hindu ‘cause’. Organisers of puja committees are believed to be so happy with this readiness that they are now preparing lists of a “preferred politician” when earlier they would settle for just about anyone.

Muck And Dung In Furioso