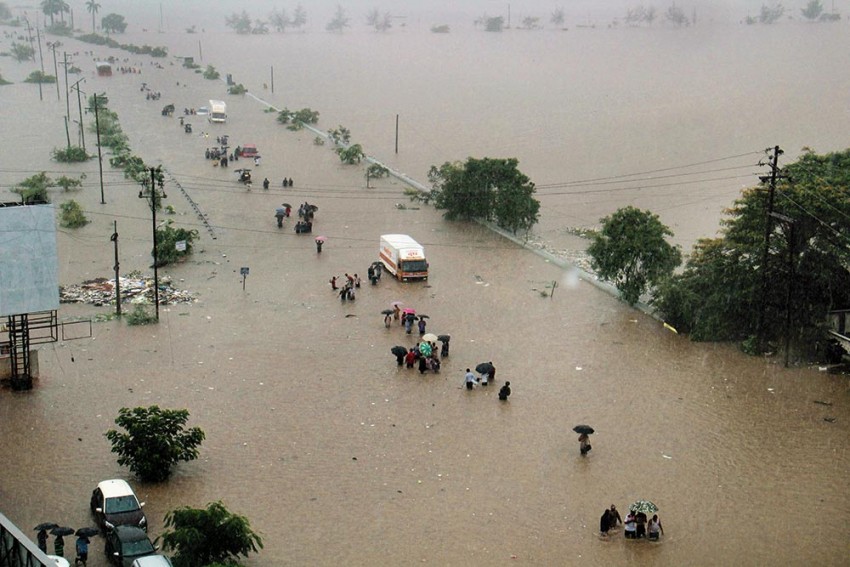 Image Of The Week
Deluge Heavy rains have caused extensive flooding in Mumbai and the surrounding areas and continue to disrupt life
Photograph by Getty Images
July 12, 2018 00:00 IST Deep Throat 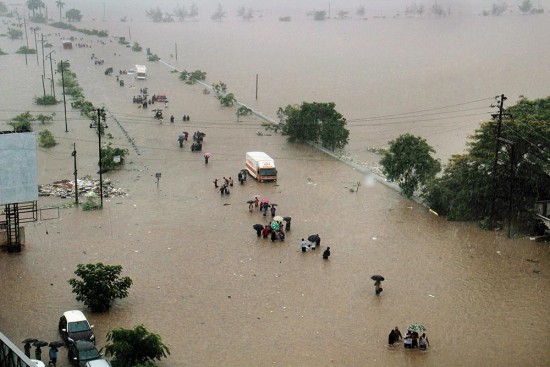 PM Narendra Modi is already in poll mode. It is clear from his itinerary that his dom­estic constituency has taken precedence over international outreach. Sources say that he may give the G20 summit—to be held in Buenos Aires in November—a miss, as it would take him out of the country for at least five–six days. After visiting Rwanda and Uganda on July 23–24 on his way to the BRICS summit in South Africa, Modi is likely to be largely home-bound. He may just make an exception for ‘fast friend’ Japan with whom a bilateral meeting is due. After all, progress on the bullet train project will have to be showcased in the run-up to the polls.

Shatrughan Sinha may be no int­­ellectual, but few can ignore his one-liners. “Bernard Shaw ke baare mein utni jankari nahi hai, par Amit Shah ko khub jaante hain (I may not know much about Bernard Shaw but I know Amit Shah well),” he quipped at a recent Delhi book launch.  “Unse roz joojhna padta hai (We have to grapple with him everyday),” Sinha said, making no bones about his testy ties with the BJP president. Insiders say the yesteryear Bollywood superstar is miffed at not being given sufficient importance in the party since the Modi-Shah duo took over. But, in Bihar at least, Shatrughan is still a big name who can draw crowds. More importantly, he can be of nuisance value to the Modi detractors. Could this be the reason he has not yet been thrown out of the party?

Politics By Other Means

RSS chief Mohan Bhagwat finds himself in news quite frequently these days. First Pranab Mukherjee, and now the buzz is that Ratan Tata has agreed to share a stage with Bhagwat at an event in Mumbai next month. The sarsanghchalak had earlier this year courted controversy when he said the organisation could prepare an ‘army’ in three days to fight for the country. Incidentally, Bhagwat is bel­ieved to have a keen interest in the study of war. Sources claim that the RSS chief, a voracious reader, likes to sit back and relax with a good war book or watch a war movie. His iPad is his fav­ourite gadget to watch movies on the go.